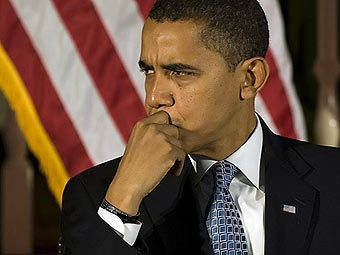 "The results of the referendum in the Crimea will never be recognized by the United States and the international community," ITAR-TASS quoted the words of Barack Obama, citing the press service of the White House.


An amazing thing! So many referendums have already passed and are being planned, and not a single one of the civilized community had any complaints.

Now we are reminded that the will of the peoples living in Saar and the GDR, in the Maldives and Comoros, in South Sudan, finally, was recognized. And everywhere the right of peoples to self-determination was recognized. In addition to the Crimea. The right of the people of Crimea to determine their own destiny is rejected from the threshold and completely.

What's the matter? If one does not go to the verbal demagogy about the next, changing the sign to the opposite, universal values, it becomes obvious that the behavior of the world civilized community in the Crimean issue is a Freudian reservation.

Constantly stating their struggle for the recognition of the equality of all peoples, in reality, this community divides all nations into full-fledged ones, who have the right to determine their own destiny, and inferior ones, who are denied this right.

And this position is frankly racist. It is a fact.

Along the way, the world civilized community makes one more reservation. Recognizing the "legitimate" government that seized power through a bloody coup and almost entirely of violent fascists, this community unwittingly testifies to the world about its fascist essence periodically rushing out.

Well, and Barack Obama should be aware of the racial discrimination that his dark-skinned ancestors had recently been subjected to. And by no means go along with the racist-fascist policies of the world community. Otherwise, he himself becomes a follower of racism.

And Sergey Viktorovich Lavrov should systematically explain this to him. Until it comes.

Ctrl Enter
Noticed oshЫbku Highlight text and press. Ctrl + Enter
We are
What you didn't want to know about England
Military Reviewin Yandex News
Military Reviewin Google News
73 comments
Information
Dear reader, to leave comments on the publication, you must sign in.