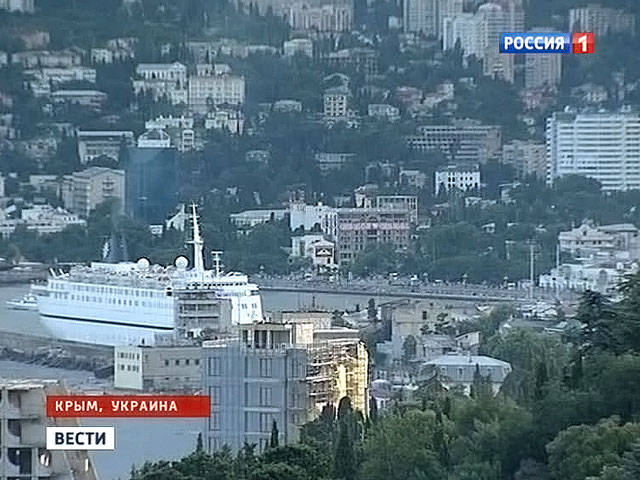 Crimean Self-Defense Forces prevented an attempt to damage the gas pipeline on the Arabat Spit. Unidentified persons who identified themselves as officers of the Border Guard Service of Ukraine committed sabotage.

The gas distribution station is located on the Arabat Spit, south of the village of Strelkovoye, said ITAR-TASS. The Prime Minister of Crimea Sergey Aksyonov asked the Black Sea Fleet of the Russian Federation to take the gas pipeline in the area under protection.

"The fighters of the self-defense forces of the Crimea managed to prevent the pipeline from blocking on the Arabat Spit. According to preliminary data, about 20 people entered the facility, they introduced themselves as officers of the Border Guard Service of Ukraine," Aksenov commented on the incident.

A representative of the Government of the Republic told Interfax that around 13: 00 local time (in Moscow it was around 15: 00) gas supply to the peninsula from the side of the gas distribution station near the settlement Strelkovoe was cut off. Several areas of the eastern part of the Crimea were completely de-energized.

"Employees of the regional gas service, accompanied by the Crimean self-defense forces, moved to the area of ​​the gas distribution station and found there an armed group numbering about 20 people in camouflage," said a government spokesman.

These people mined the object in order to disable it. Seeing the unit of self-defense forces, the unknown disappeared in cars in the direction of the settlement Strelkovoe. Currently, gas supply is fully restored.