International observers in Crimea are threatened with violence 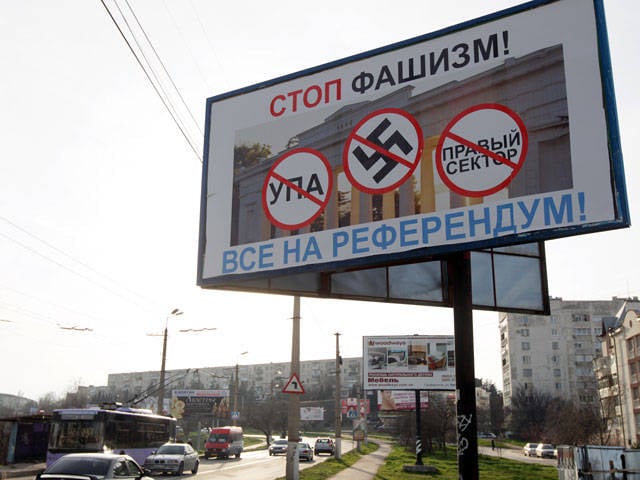 A few hours left before the historical referendum on self-determination of the Crimea. The Central Election Commission of the Republic declared full readiness for voting, and international observers have already begun work. March 15 is a day of silence. According to observers, he went really quietly - no violations during the day were recorded. The authorities promise to announce the preliminary results of the referendum on March 17 in the morning.

People again came to the square of the Crimean cities with flags of the Republic of Crimea and Russia. Rallies are held here all the time, but March 15 is a special day, the last one before the referendum on the status of the peninsula. As early as March 16, polling stations will open in 8 in the morning, voting will begin, which many are very much waiting for. The fate of two and a half million inhabitants of the Crimea for the first time is in their own hands.

"The mood is good. Let's go to a referendum. We are returning home," say the locals.

At the polling stations - they are all ready - foreign observers arrived. Over the course of the voting will be monitored including members of the European Parliament.

“The fact that Ukrainian legislation did not clearly define the borders of the referendum does not mean that people do not have the right to it,” said Mateusz Piskorski, observer and director of the European Center for Geopolitical Analysis.

In Crimea, experts from twenty-two countries: Germany, Poland, Israel, Italy and other countries. They can assess how the preparations for the referendum are proceeding. According to Nanad Popovic, an observer, deputy chairman of the National Assembly of Serbia, "there is no pressure, the situation is free."

International observers tried to prevent, but not the Crimean authorities, but those who are against the free expression of will in the Crimea. Politicians who participated in missions, even in hot spots, first encountered direct threats right now when they decided to go to the Crimea.
“I received a letter threatening to kill me because I became an observer at this referendum,” said Johan Beckman, a member of the International World Without Nazism movement.

Harsh statements from Kiev to the Crimeans do not apply. Today, when the Verkhovna Rada of Ukraine illegally announced the dissolution of the Crimean parliament, there was not even outrage on the peninsula - not before that. In the Crimea - the wedding boom. Marry much more than last spring. Here they think about the future, not paying attention to political hysteria in the Ukrainian capital.

According to opinion polls, almost all residents of the region want to participate in the referendum. Many are already leaving home today from those cities where they are currently working or studying, because you can only vote at the place of registration. From Simferopol to Alushta and Yalta go by trolley buses. This, by the way, is the world's longest trolleybus route - almost 100 kilometers. Many of these machines are still 70-s release. Infrastructure financing here was tight. Now the region is counting on Russian investments.

Ballot papers were delivered to polling stations in all 14 districts of the republic. Mounted voting booths. Prepared lists. Security enhanced. Militiamen and self-defense fighters will work in shifts to also be able to vote.

In Crimea, about one and a half million voters. The referendum will be declared valid if the turnout is 50% plus one vote. But it will obviously be much higher. The fateful vote will begin very soon.

Ctrl Enter
Noticed oshЫbku Highlight text and press. Ctrl + Enter
We are
Results of the week. "Either true or all is well"Azerbaijan hosted a military parade
Military Reviewin Yandex News
Military Reviewin Google News
19 comments
Information
Dear reader, to leave comments on the publication, you must sign in.