How to cure Russian-speaking Bandera in Ukraine? 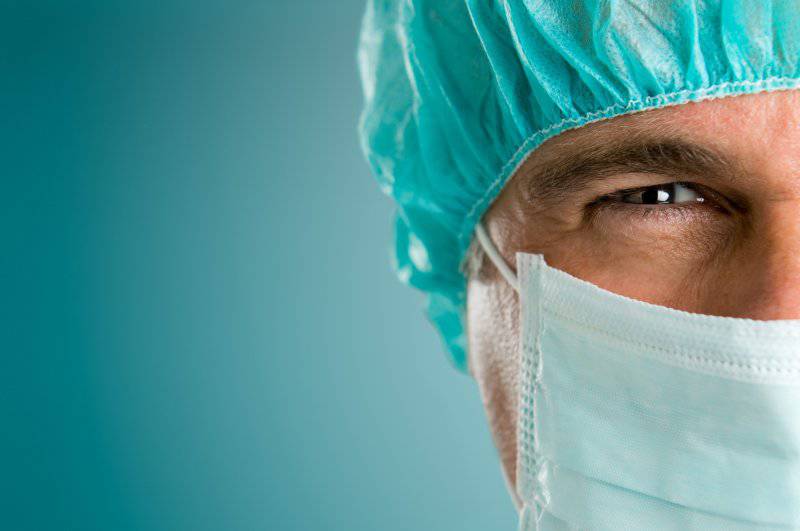 How to cure a Russian-speaking Bandera and awaken Russian in it?

More than once the information flashed that in Ukraine, in everyday life and economic life, citizens prefer to use Russian in 70% of cases. However, it cannot be argued that all 70% of Ukrainians are Russophiles, otherwise the dance rhythm “who does not jump, that Moskal” would be doomed to failure. In previous publications, we have dealt with the concept of "Russian Bandera". In brief, I remind you that this is a mix of liberalism, “pop” nationalism and, of course, “Americanism.” By the way, Americanism is manifested not only in the Maidan, but also in the Ukrainian military units, the whole Runet saw and heard the cries of the Ukrainian military in the Crimea: “America is with us!” I am becoming more and more convinced that we are dealing with a social and medical phenomenon. Even Anatoly Wasserman began to use medical phrases: "an epidemic of anti-Russianness" and "quarantine for Galicia."

So, what can we do to eliminate in the bud of the project “Russophobic Poland No. XXUMX”? Before answering this question, I want to immediately preempt that the thoughts expressed in this publication will be relevant only if the south-east of Ukraine falls, and Russia is limited to being in the Crimea.

First, it is necessary to cut unequivocally on live. We must initially leave the opportunity and help of that part of the Russian-speaking population, which is committed to Russophilism. We know that Russian-speaking russophobes, as a rule, are people up to 30-35 years, which were completely formed under the influence of Ukrainian education and the media. If we present the South-East as a separate state, then, unfortunately, even it will have its own little “Western Ukraine” (this is, of course, the Dnipropetrovsk region), then its “central Ukraine” (Kherson, Mykolaiv, Odessa and Zaporizhzhya regions). ), and "eastern Ukraine", where geography coincides with the large eastern Ukraine (Kharkiv, Luhansk and Donetsk region). Only in the east of Ukraine there is essentially resistance. And this is despite the fact that the youth football movements of Kharkov and Donetsk still 3 a month ago disavowed their native land in favor of supporting Euromaidan. For those who still do not want to part with the illusion of the old Ukraine, I want to remind you that the March 9 massacre in Kharkov was staged not just by the “Right Sector”, but by the natives of Poltava region, i.e. Little Russia. The cell of the "Right Sector" is even in the city of Berdyansk, Zaporozhye region. Thus, even Anatoly Wasserman either hides, or simply does not want to look beyond the horizon, even visible events. Or maybe he just does not want to scare the Russian public? Unfortunately, the West has outplayed the thesis of Russian imperial nationalists that Russia ends where the Russian language ends. That is why Mr. Wasserman is already proposing to look for a methodology for treating Russian "anti-Russianness".

Antibiotics and prevention of Russian-speaking Russophobia

It is natural and logical that salvation and answers are in Greater Russia. And, oddly enough, the solution of internal problems in Russia will accelerate the recovery of the Russian part of Ukraine. Let's start with a simple, not with lead tablets. And this is primarily mass culture and cinema. First of all, the Russian patriotic way of life should be promoted. Separately, attention should be focused on children's films and computer games. In the era of the Internet, they quickly cross the border. Of course, you can think of network structures in Ukraine, but you had to think about this earlier, under Yanukovych, because today Nalyvaichenko, in conjunction with the Americans, destroys any children's club if they inculcate ideals of loyalty and service to the Fatherland. Therefore, I propose to focus on those projects that even play on people's greed and dull their vigilance. I recall that I awoke from the Svidomo matrix due to three things: the economic crisis 2009 (first stage), participation in MMM-2011 (second stage) and partly from the Libyan campaign against Gaddafi, where Ukrainian doctors suffered. I think the imminent mass impoverishment in Ukraine will surely strike Russophobic thinking, but we should not forget that the Ukrainian “zomboyaschik” can later blame Russia. Therefore, there is no need to rely on the crisis. Why did I mention MMM-2011? Because for the first time I spoke with people from Vladivostok and Astana, from Irkutsk and Riga, as if the USSR was again, and we were all delirious about burying the dollar and America. Although 60% of participants raved stupidly earning. But if you take something for the basis of "MMM", namely, in technical terms - the Internet. As well as minimal money to use as motivation and bait. And from above all this quit ideology ... Maybe something will happen. Many now disagree with me. But for some reason the authorities of the Baltic countries, when they tried to open criminal cases against MMM cells, used the wording not “economic fraud”, but the threat to national security and sovereignty on the part of Russia. And the gut of today's Russian-speaking liberal and Russophobe is a passion for money. But is it worth stupidly spending money on Russian-speaking Bandera? Certainly not! Psychologists, sociologists and specialists should work on this project.

Also in earlier notes, especially in the article "Dnepropetrovsk is no longer a Russian city“I recommended a number of methods for squeezing Russian-speaking Bandera out of the psychological balance. For example, to act and influence, to begin with, the large and medium business of those regions where not only did they not resist neo-Nazis, but also contributed to their arrival. As an argument, emphasizing the humiliation and contempt, to require an interpreter in business negotiations. Let them speak Ukrainian or English, but our Russian language will not affect us. In addition, this is their economic advantage in the market in Russia - knowledge of the Russian language. For the Russian-speaking regions of Ukraine and the UA domain in general, only patriotic films and patriotic music should be downloaded and available for free. For everything else: Russified programs, a purely Russian intellectual creative product, music and cinema, money-tearing! It is desirable that when downloading they had a characteristic inscription: "In your country, a high level of Russophobia, in this regard, we recommend to fill out a loyalty questionnaire." Why so stiff? It is not visible in Russia, but here in Ukraine they are so successfully mastering Russian-language software products, so that later they can defecate in Russia in a pleasant interface. Let Gritsko from Western Ukraine, as a new idol for the younger generation of Dnepropetrovsk, write a program code for Russification. Weak? Or just know how to shout "Glory to the nation! Death to enemies!" in the stands of the stadium in Dnepropetrovsk? It's time to decide who you are, Russian-speaking!

At the same time tightening the screws, will help simplify cultural, economic and spiritual ties for those who are knocking on the door. This, of course, is the desire to serve in the Russian army for citizenship and the possibility of transition to a contract with all the resulting social benefits. This study and work in Russia. Of course, and obtaining citizenship of the Russian Federation. It is difficult to paint everything on fingers and explain. The main message of this article is to reduce and localize the phenomenon of Russian Russophobia through the economy, culture and mass media and at the same time show the advantage of the transition to Russophilism by the efforts of Russia at all levels.

Unfortunately, this may not be enough either. After all, how liberals and russophobes like to “boast” by the fact that they want to go to Europe not so much for the sake of 501, as for the legal culture! .. This is where the ball is on the side of Russia. One landing Serdyukov for example will be small. However, there are developments in terms of building a non-liberal, but patriotic civil society in Russia. Although, taking into account the requirements of the IMF and Europe to Ukraine, maybe this will not be decisive. Not before the "shop window" already, they will go for bread to Russia.

Waiting for your suggestions, visions on this issue. Just consider the fact that classical methods (patriotic lessons, going to museums, distribution of campaign materials on the streets) will not pass with the junta. Act as with Yanukovych SBU will not allow. So much so that they detain Russian correspondents, and captains of passenger aircraft of the Russian Federation are denied the right to rest.

In the meantime, my arguments come true. Here is my proof, and not just the words that Russian-speaking policemen began to pursue Russian-speaking people who do not want to lose their “Russianness” and “Sovietness”. Just like the collapse of the USSR. It is necessary to seize the leadership, as the Russian people, being sovereign people, will do everything according to the order “from above”.

PS Pay attention to the smirk of the second policeman behind his back. Of course, according to the law, the mind of the Communist Party of Ukraine is not necessary to drive into a tent, but to come to the tent of the Right Sector? ..

Ctrl Enter
Noticed oshЫbku Highlight text and press. Ctrl + Enter
We are
What you didn't want to know about EnglandRussian Americanism. Why do we always live with an eye on the West
Military Reviewin Yandex News
Military Reviewin Google News
114 comments
Information
Dear reader, to leave comments on the publication, you must sign in.