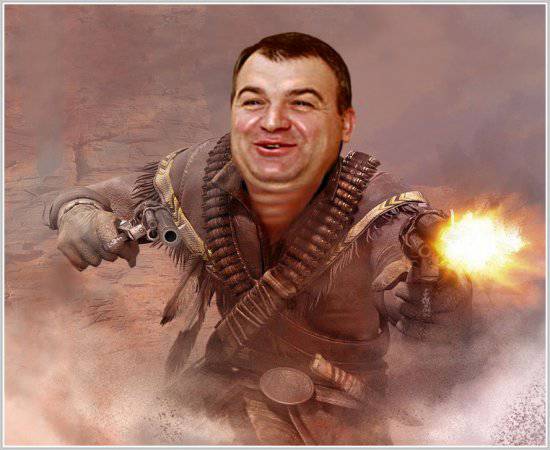 In an open letter, in particular, it is stated: “If the similar situation continues, thousands of workers will be thrown out of enterprises tomorrow. The state will lose not only the unique technologies for the production of special products, but also specialists, which in general will cause irreparable damage to Russia's defense capability. ”

“This year, the cost of the state defense order for the Signal plant amounted to 125 million rubles, which is exactly twice as low as last year. But besides this, the Ministry of Defense has accumulated debts to the plant amounting to more than 27 million rubles, ”says Alexander Dolganov, head of the regional trade union committee of defense industry workers. - In order to somehow live and maintain a cohesive team, at the beginning of 2011, the administration of the plant took a forced measure - the work week was reduced to 4 days. Collective expect reductions. According to preliminary data, out of 1100 people, 170 will become unemployed. Considering that earlier reductions have already been made and all existing non-core positions have been withdrawn from the state of the enterprise, at the moment we are talking about reducing specialists in the main professions. This further aggravates the situation, since in the future it will be extremely difficult to find qualified and trained specialists. ”

The situation at the Plastmass plant is even sadder. Three years ago, the state defense order for this enterprise was 95% in the total volume of products manufactured, to date - only 3,8%. To stay afloat, the plant has to look for export orders on its own.

Today, wages at enterprises producing ammunition are the lowest in the military-industrial complex. The average salary of a skilled worker is 14,3 thousand rubles. And this is taking into account the often harmful and dangerous working conditions. But these enterprises are located mostly in small single-industry towns. There is no other place to make money. And the dismissal of production as a result of the reduction is a real disaster for many families.

But why is this situation? Yes, because such a situation is in the entire Russian military-industrial complex. The Ministry of Defense, under the pretext of the chronic technological backwardness of the military-industrial complex, leaves more and more domestic enterprises without state orders. Preference in providing the army with weapons and ammunition is given to bulk purchases of obsolete foreign models of military equipment and weapons. So we decided, say, Mr. Serdyukov in company with comrades that our army is Russian Tanks no longer needed. Obviously, the German "Leopard" with crosses will look better against the background of the new army. As a result, at only one Nizhny Tagil Uralvagonzavod factory, which is the T-90 monopoly producer, 5 unique specialists are preparing for dismissal at the same time. This is only at the factory, and there are also related companies of tank builders - 50 thousand people may lose their jobs.

The decision was made to buy the Mistral helicopter carrier from the French. Perhaps the idea is not bad, but, as it turned out, the dimensions of modern Russian helicopters are somewhat too big for him. The hangar, in which there are deck helicopters, is built somewhat low. You can, for example, raise the deck of the ship, and thereby solve the problem, but this means a serious and long revision of the project "Mistral." Representatives of France incline our military to take another decision. According to Mikhail Shmakov, chairman of the Federation of Independent Trade Unions, Russia will obviously have to purchase deck helicopters from them. But in this question Shmakov is categorical: “Naturally, these Russian helicopters do not fit these helicopters weaponFrench only. Russian ammunition, respectively, does not fit the French machine guns and guns, which means that it is necessary to buy ammunition from the same France. Meanwhile, our ammunition enterprises have a zero in the column of the state defense order. Therefore, I propose to immediately warn the Ministry of Defense that for restoring order on the labor market after such “wise” decisions, compensation for the money spent on stabilizing the labor market must be carried out from the funds of the Ministry of Defense. ”

However, Mr. Serdyukov’s department seems to be afraid of no one and nothing. And so the threats from trade union leaders even more so. The range of arms and military equipment planned for the planned purchase of weapons in the West is growing by leaps and bounds. In February, 2011, commander-in-chief of the Russian Navy, Admiral Vladimir Vysotsky, during a visit to Severnaya Verf in St. Petersburg, said that he did not rule out the possibility of installing foreign-made artillery complexes on modern Russian frigates. Obviously, we are talking about the replacement of the Russian 130-mm artillery, type A-192M, which is currently regarded as the main artillery armament on the ships of the 22350 project, to foreign systems. As the main candidates for replacing Russian weapons, Commander-in-Chief Vysotsky proposes the French installation of the Creusot-Loire Compact 100-mm, as well as the Italian OTO-Melara 127 / 127LW 64-mm system.

But it is not at all clear - why? According to experts, the Russian newest lightweight naval 130-mm artillery mount type A-192M "Armat" is now at the stage of the last development of the prototype. The events related to the fine-tuning of the structure and tests are carried out in accordance with the schedules and plans agreed upon previously with the same admiral Vysotsky and should be completed in the 2012 year. For all major combat and technical indicators, the installation is not inferior to world analogues, and even surpasses many.

It seems that the Mistral purchase transaction opened a truly disastrous Pandora's box for the Russian military-industrial complex and now it is difficult and perhaps impossible to stop the fast-growing process.