Chinese rocket DF-26C on the background of the international situation

March 17 2014
27
At the beginning of March, information about a new Chinese medium-range ballistic missile reappeared in the Western press. New weapon It has high enough characteristics due to which it can have a noticeable effect on the balance of power in the Asia-Pacific region. New Chinese rocket can threaten several countries located in Southeast Asia, as well as having their own interests in this region. 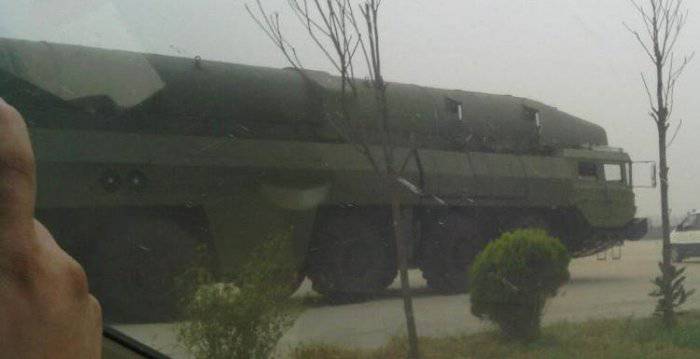 The American edition of The Washington Free Beacon, citing intelligence sources, writes that China has completed the creation of a new ballistic missile of the Donfeng family. The product with the symbol DF-26C is intended to attack various targets at a distance of up to 3,5-4 thousand kilometers. The emergence of such weapons is of concern to several states at once. The range of the missile allows China, for example, to attack the US military bases on the island of Guam.

Information about China’s new ballistic missile is extremely scarce. At the moment, only some common figures and details of its technical appearance are known. It is known that the DF-26C missile systems are made on the basis of special wheeled chassis. There is also information about the method of placement of these systems: they are located in protected underground structures and must leave them just before launch. The locations of the new missiles, for obvious reasons, remain unknown.

According to reports, the two-stage ballistic missile DF-26C is equipped with solid-fuel engines. Having a range of up to 4 thousand km and based on the wheeled chassis, the new missiles are able to complement the existing armament of the 2 artillery corps. The DF-26C missiles outnumber the DF-3 complex, recently removed from service, and the self-propelled launcher allows for mobility at the level of the DF-21 system. At the same time using the DF-21 and DF-26C missiles, China will be able to increase the strike potential of its armed forces. So, DF-21 missiles can be used to destroy enemy targets at a distance of up to 1,8 thousand km, the latest DF-26C - up to 4 thousand km.

Depending on the location of the missile bases, the new DF-26C complex can be used to attack targets in a fairly large area. In the east direction, Japan and a number of Southeast Asian countries, as well as American bases on the island of Guam, could be under attack. In the western direction, DF-26C missiles can “reach” to the territory of some Middle Eastern states. In addition, the whole of India is in the area of ​​responsibility for the calculations of these complexes.

New ballistic missile with a range of 4 thousand kilometers significantly increases the potential of the Chinese armed forces. This is facilitated by several factors. First of all, this is the rocket range. In addition, the new missile is likely to be able to carry both nuclear and conventional warheads, which will provide it with greater flexibility of use. Finally, a self-propelled launcher will quickly transfer missiles to the desired area. 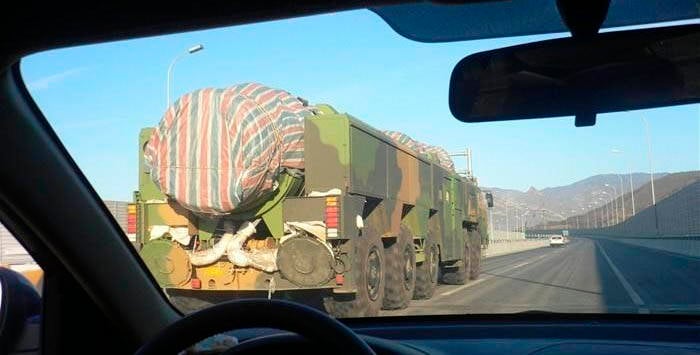 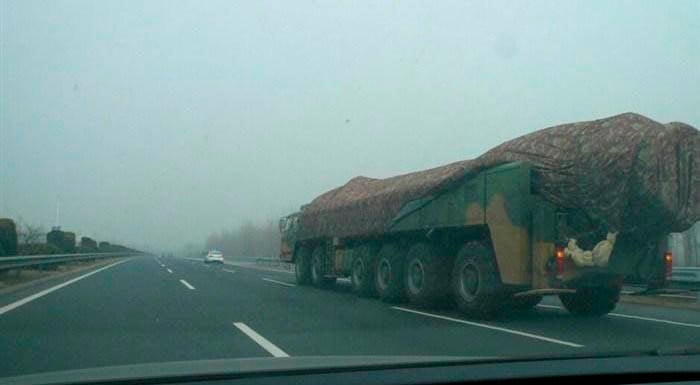 Shortly before News about the DF-26C rocket, other information appeared about promising Chinese weapons. In January, China tested an experimental hypersonic aircraft. Quite expectedly, the fact of these tests provoked the appearance of corresponding fears. There is reason to believe that the achievements of the program, within the framework of which the experimental apparatus was built and tested, will be used for military purposes. First of all, the possibility of creating a hypersonic warhead for ballistic missiles capable of maneuvering at the end of the flight is considered.

Thus, China announced its entry into the "club" of developed countries engaged in research and construction of hypersonic aircraft. At best, it will take several years to carry out all the necessary work, because of which the warheads for the rockets, in which the hypersonic program will be used, will appear no earlier than the end of this decade. It cannot be ruled out that at the same time a project will be created to modernize some of the existing and ballistic missiles currently being developed, in accordance with which these weapons systems will receive new combat units.

Other concerns regarding the new DF-26C rocket are related to one of the previous Chinese projects. Previously, based on the DF-21 rocket, the DF-21D product was created. This ballistic missile is designed to destroy enemy ships. Anti-ship ballistic missiles have some advantages over other systems of similar purpose, but their creation and use are associated with a number of difficulties. First of all, it should be noted that it is extremely difficult to ensure acceptable accuracy of a missile hit. The target ship is constantly moving, because of which the missile combat unit must adjust the trajectory of its flight accordingly.

Fears related to the further development of the DF-26C missiles seem to be far-fetched and premature. Nevertheless, it cannot be ruled out that in the future China will create updated versions of the new rocket using the developments on new projects and, as a result, with higher characteristics.

It is easy to see that in its current form, the DF-26C missile system is a serious problem for countries located in Southeast Asia or having their own interests there. The flight range to 4 thousand kilometers, combined with the mobility of launchers, provide high flexibility of use and make it possible to keep a fairly large area on the fly. In the light of recent statements about the future of the Asia-Pacific region and the plans of various countries regarding a change in the balance of forces on it, the new rocket looks like a serious argument in favor of China.