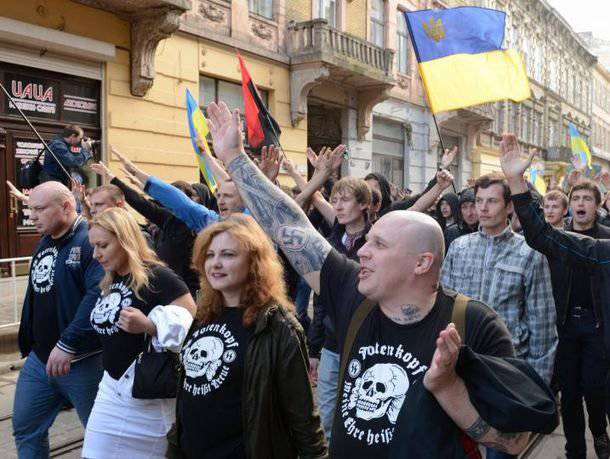 Among the thousands of Nazis who fled to the West in 1945, there were also leaders of the Ukrainian Nazis. In the future, the Americans used them for subversive activities against the USSR. However, nothing has changed even after the end of the “cold war” - now the CIA willingly uses right-wing extremists to fight undesirable governments around the world. 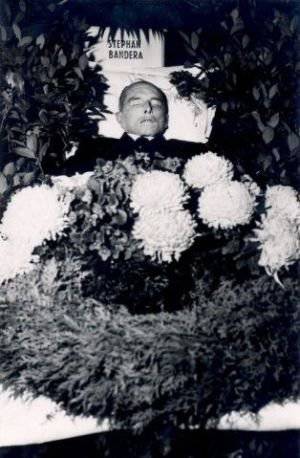 Archives of the American special services are full of details of Washington’s relations with Ukrainian nationalists. For example, it is known for certain that after the war, OSS employees (the predecessors of the CIA) prevented Stepan Bandera from being extradited to representatives of the Soviet Union.

Later, when he settled in Munich, the United States embarked on an operational game with his participation. Through Bandera, communication was carried out with other Ukrainian nationalists who, after appropriate pumping, formed the fighting force of the anti-Soviet underground. Bandera himself at the CIA was considered overly enthusiastic about his legend and incapable of compromise. “Bandera,” we read in one of the reports of the CIA from 1948, “is by nature a political ambitious, and this is how it differs from other Ukrainian émigrés - they are in favor of a representative form of government in Ukraine; -B.

When Bandera was killed in 1959, the Americans took it calmly. “His death had no effect on the operations of the CIA against the Soviet power in Ukraine. By this time, their direct execution completely depended on the emigre leaders, who, although they were followers of Bandera during the war, afterwards repeatedly asserted that the former leader was caricature self-promotion. They continued their work under the tutelage of the CIA until the USSR collapsed, ”says historian and journalist Max Blumenthal.

Together with Bandera, the Americans took under his wing his companion, the bloody executioner, Nikolai Lebed. He worked for the CIA for more than half a century, despite the fact that CIC (US Army Counterintelligence Corps) experts in their July report 1947 directly called Cygnus "a famous sadist and Gestapo employee" who personally led the Jewish and Polish pogroms.

However, according to the documents of the American intelligence service, 5 in May 1952, Allen Dulles, at that time deputy director of the CIA, personally appealed to the Department of Immigration and Naturalization with a request to grant Nikolai the right to permanent residence in the United States. At the same time, he stressed that Lebed is "of great importance to the CIA in connection with future operations of paramount importance."

Through the efforts of Dulles, the Nazi criminal moved to the United States and began work on "supporting and operating the Ukrainian underground movement for resistance and reconnaissance purposes in the USSR." For many years, Lebed led a research center, an anti-Soviet radio station and the production of printed campaigning for Ukraine. Only in 1956, with the support of the CIA, his radio broadcast 1200 programs, distributed hundreds of thousands of newspapers and leaflets. Over time, the center expanded its broadcasting in the languages ​​of other nationalities belonging to the Soviet Union. 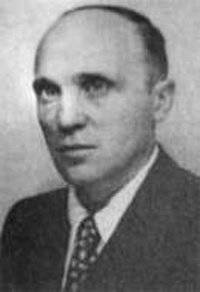 Nikolai Lebed remained in the big game almost until his death in 1998. At the same time, the CIA blocked all attempts to investigate its Nazi activities in Western Ukraine and Poland, which from time to time were made in the press.

It must be said that many of the surviving Ukrainian nationalists, settling in the United States, returned to political work, formed new ones, or added to the existing American right-wing parties. At the end of 1949, US President Harry Truman addressed a friendly message to Ukrainian nationalists, in which he wished them success in important endeavors. From this point on, they began to be subsidized by a pool of high-ranking sponsors, among which were the leaders of such companies as US Steel, Motorola, General Electric, American Zinc, EverSharp, etc.

Including, with this money, one of the former Bandera deputies, Jaroslav Stetsko, created his Anti-Bolshevik bloc, which gained fame thanks to its political and diplomatic actions. Stetsko himself was constantly on trips, visited various anti-Soviet gatherings, built bridges with representatives of the Ukrainian emigration. In 1983, US President Ronald Reagan personally received him at the White House. (Despite the fact that Stetsko, and it was not a secret, was involved in the destruction of 7000 Jews). "Your fight is our fight," Reagan greeted the Nazi executioner. “Your dream is our dream.”

Such statements by one of the most successful US presidents are forced to agree with the ominous conclusion that US Department of Justice Eli Rosenbaum made: "It so happened that the Nazis won the Cold War."

However, it would be naive to believe that after the collapse of the Soviet Union so powerful weapon as "immigrants" and "underground" will be slid Washington in the closet. And now Russophobia has captured entire regions, first of all, the countries of Eastern Europe, the Baltic States, Georgia. A fact that is difficult to argue with - wherever the United States and NATO go, the neo-Nazi International is sharply activated.

On the example of today's Ukraine, the results of the justification and glorification of fascism are clearly visible. Their apotheosis here was the assignment of Stepan Bandera the title of "National Hero of Ukraine" in 2010. (Interestingly, the wife of then-President Yushchenko, a US citizen Katerina Chumachenko, once worked in the administration of a big friend of the Ukrainian Nazis Ronald Reagan). However, Yanukovych, although he canceled this decree, did not want to expel the Nazis from the political field. According to the Ukrainian media, only in Lviv at the time of the Euromaidan deployment, thousands of officially registered neo-Nazis were already living 22. 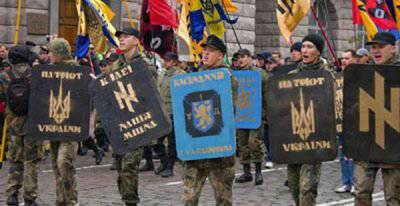 The fact that the American intelligence services never lost contact with them is beyond doubt. A few days ago, the former US Democratic presidential candidate Dennis Kucinich accused Washington of “secret backstage work” in Ukraine. According to the politician, the CIA, the US Agency for International Development and the National Endowment for Democracy for two months “muddled the waters” against President Viktor Yanukovych, which led to “neo-Nazis currently controlling the new government of Ukraine”.

“There is no government in Ukraine now, there is only a gang of neo-Nazis, fascists and right-wing gangsters,” agrees Francis Boyle, a professor of international law at the University of Illinois, with him. - This coup was a play played by the CIA, which follows from the intercepted telephone conversation between Assistant Secretary of State for European Affairs Victoria Nuland and the US ambassador. They directly say that it was a classic coup and discuss the forces that should form the government of Ukraine - all of these are “brown shirts”: “Freedom,” “Right Sector,” Bandera, skinheads.

Such a scenario often occurs in countries whose rulers dare to pursue a policy that runs counter to the aspirations of Washington. At the same time that dramatic events unfold in Ukraine, civil unrest inspired by the United States is gaining momentum in Venezuela, which is rich in oil and gas. The authorities have no doubt that the protests are funded by the White House and held with the support of the CIA. During street riots in Caracas, dozens were killed and injured. According to sources in the government of Venezuela, the United States has resorted to the support of "ultra-right forces, fascists, which are associated with paramilitary groups in Colombia, and this is a constant US practice in provoking coups."

... When in the UN 2010 a resolution was put to vote on the inadmissibility of glorifying Nazism, racism, racial discrimination and xenophobia, 129 countries voted in favor, 54 abstained. “Against” were only three countries. And among them were the United States. That is, reliance on the fascists and anti-human ideology for Washington is not at all annoying nonsense. All of this fits perfectly into the traditional matrix that is used by US intelligence agencies, and also directly follows from the principles of US state policy.

Ctrl Enter
Noticed oshЫbku Highlight text and press. Ctrl + Enter
We are
Nightingale song of Stepan BanderaDiplomats of the People's Commissariat of Defense: on the eve and during the war
Military Reviewin Yandex News
Military Reviewin Google News
14 comments
Ad