Ukraine. Blood as a final argument 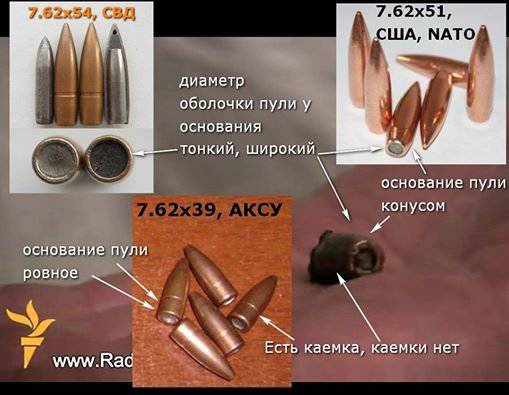 In an exclusive interview with the Russian television program "Vesti", this 12 of March, the former head of the Security Service of Ukraine (SBU), Alexander Yakimenko, said that the massacre that took the lives of more than a hundred people in Kiev was organized by opposition leaders. They are the persons who have carried out a coup d'état and are currently holding power in Kiev by force. The “national revolution” welcomed by the West has risen on the blood of the victims of the mass and pre-planned murder of the citizens of Ukraine ...

For the first time, the existence of mysterious snipers who shot at both became known after the recording of the conversation of the EU High Representative for Foreign Affairs Catherine Ashton and Estonian Foreign Minister Urmas Paet on the Internet. Estonian Foreign Ministry confirmed this fact. And most of the free Western media about the employers of Kiev snipers ... were silent. Only very few media outlets — CNN, Reuters, Daily Mail, Guardian, Independent — published scant “informational” messages about the video that appeared, without publishing a statement from the Estonian Foreign Ministry, which reported that the recording of the conversation between Catherine Ashton and Urmas Paet was genuine. But the British BBC and Telegraph, almost all of the leading newspapers in the United States - the New York Times, the Los Angeles Times, the Washington Post, the Boston Globe, the Wall Street Journal, and the Associated Press - were simply ignored.

According to the sources of the Canadian Internet resource Global Research, “provocateurs of Maidan fired on orders from the United States.” The February 21 reached as a result of the signing of a well-known agreement between the conflicting parties was broken off by February 22, when the snipers, who began to quietly “shoot” with February's 18, opened aimed fire at the crowd on the Maidan and Berkut fighters at the same time.

Global Research claims that the Americans used the bloody provocation, which became the turning point of the brown coup, the Gladio terrorist network, "traces of which can be found in every major protest against Russian influence, starting with the destruction of the USSR and the 1991 events of the year in Lithuania." It was created after the Second World War by NATO intelligence services from Nazis from different countries, including Bandera, the Baltic "forest brothers", etc., and then became a model for Americans to create similar networks of "manual" Islamists like Al-Qaida.

There is information about the participation in the Ukrainian events of snipers from the Baltic states (Latvia), who have already “lit up” during the similar riots in Kyrgyzstan. In favor of the “Baltic version” of the provocation, when, as in Vilnius in 1991, “their own people shot,” the following facts also speak.

1. The statement of the press service of the Ministry of Internal Affairs of Ukraine from February 19: “Given the nature of the wounds of dead civilians (blind wounds to the back of the head), as well as the characteristics of the weapons, it can be assumed that these injuries could have been caused by the aggressive protesters themselves. ”

2. February 20 reports from medical officials and medical volunteers that most of the injuries, including those resulting in the death of both protesters and law enforcement officers, are made from the same 7,62 caliber weapons. This caliber is not military in Ukraine. The army and special services use a smaller caliber 5,45 in the case of machine guns, a larger one in the case of sniper weapons, such as 308.

3. At the end of February information was confirmed about provocateurs with walkie-talkies, who were leading an unarmed crowd in Kiev for the sake of blood-colorful TV pictures, as well as an attempt to provoke another bloodshed in Zolotonosha, where the same "unknown in red jackets" attacked buses " Golden Eagle ", riding with personal weapons. The calculation was that the fighters, who had three horns of ammunition, would open fire on the tilted glass and the crowd breaking through the thousandth crowd, however, due to the competent behavior of the column commander, the provocation was prevented at that time.

4. People’s Deputy of the Verkhovna Rada, Andrei Pavlovsky, officially declared that the snipers who were shooting at the beginning of the fire confrontation were “suspicious” and probably had nothing to do with either the rally participants or the law enforcement officers. Conclusion - snipers "worked" both on the rally and on the security forces just as much as it was necessary for both sides to switch to firearms.

5. In early March, a video appeared on the Internet with a detailed investigation of one of the episodes of shooting people on the streets of Kiev. Slow motion shows where the sniper's bullets were coming from: people are fired from the back, and not at all from where they are waiting for an attack.

6. Until now, the junta has not answered the question: who did shoot at unarmed people? According to the statement of the Honored Doctor of Ukraine and the head physician of Maidan Olga Bogomolets, demanding to allow the public to investigate, the new authorities have classified the course of the investigation of the massacres!

At the moment, key posts in Kiev belong to the organizers of the bloody massacre. General Alexander Yakimenko said this directly.

“Acting head of the presidential administration of Ukraine” (I can’t help but put this expression in quotation marks) appointed a “deputy sniper” of the Maidan, Sergey Pashinsky, the hero of the famous, deliberately silent video fact, who didn’t allow to check what was found on ul. An institutional sniper rifle with a silencer and stole this physical evidence during the February 18 riots. On the same day, Andrei Parubiy, the commander of the “self-defense of the Maidan”, suddenly became “sick”, who, after the massacre in 20, reappeared alive and healthy to head the National Security and Defense Council. The current “president” Turchinov, the “prime minister” Yatsenyuk, the curator of the defense ministry of NATO secret services Gritsenko and others who instantly disappeared in a similar way behaved in those days when dump trucks blocking the way to the Verkhovna Rada flamed up at police checkpoints.

What can these ghouls hope for after the truth about the massacre on the streets of Kiev became known to the whole world? Only for a new bloody provocation — now on the territory of that part of Ukraine, which refuses to recognize their power. In the logic of the Nazi-oligarchic regime, its inevitable bankruptcy can be delayed only by aggression, which creates "circumstances of irresistible force." They say "real wars begin suddenly." However, in the last 15 years, this “suddenly” for some reason always happened on 20 March numbers: Yugoslavia (1999), Iraq (2003), Libya (2011), Syria (2012) ... Will Ukrainian 2014 become an exception?