Syria gathered again to bomb. Why and if

March 15 2014
41
After the failure of the conference in Geneva, the events in Syria seem to be returning to the starting point of August-September last year, that is, by the time the agreement between the US and Russia on the chemical disarmament of the Syrian army has not yet been reached. In Washington, they again talked about the possibility of a military solution to the Syrian problem. West openly resumes deliveries weapons to militants waging war against a legitimate government. Jihadists force Druze to accept Islam in the Salafi version and develop a special code of conduct for Christians in the areas they occupy, effectively turning them into “second-rate people. Saudi-American “cordial harmony” is reviving, the shaken were the events of the fall of 2013. And, according to experts, all this is reminiscent of a vertical race or a ring of eternal return. 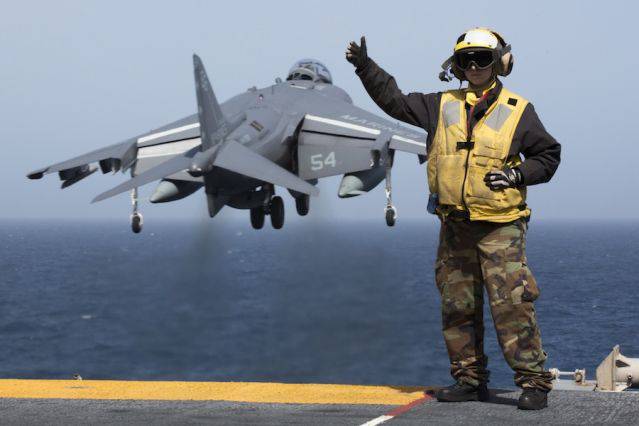 So, what is the current American strategy for Syria? The US claims that they are concerned about the strengthening of the positions of jihadists and radical Islamists (including foreign ones) in the Syrian armed opposition. However, the key task for them is still the maximum weakening of Iran in the Arab world and the axis of resistance (Iran - Syria - Hezbollah) in the Eastern Mediterranean. Given the deplorable experience of intervention in Iraq and Afghanistan, the Obama administration has so far turned against armed intervention in the Syrian conflict. She calls only to intensify the process of chemical disarmament of Syria. In general, experts say about the inconsistency and chaos of American foreign policy in the Syrian sector.

14 February at a hearing in the Senate, Director of the US National Intelligence Service James Clapper made a report on Syria. According to him, the number of militants of the armed opposition in the country is more than 75 thousand people. 25 thousands of them are radical Islamists, and this is the most combat-ready part of the anti-Assad forces. Of particular concern in Washington is the fact that among the Mujahideen volunteers there are at least a thousand citizens from Western Europe (France, Great Britain, Belgium), including not only descendants of Arab immigrants, but also Europeans who accepted Islam. Returning home, these "fighters" will pose a real terrorist threat to the EU countries. The meaning of the message is as follows: Syria has become the main operating base of al-Qaeda (it is silent from whose source this was done); This situation is a threat to the vital interests of the United States.

Possible measures to address this problem were voiced by Obama during the official visit of French President Francois Hollande to Washington. The visit took place on February 14-15 and was held with extraordinary pomp (lunch for 300 people, aviation parade, etc.).

Curiously, the Obama message was addressed specifically to the French leader. It was Paris that was the pioneer of the NATO military operation in Libya in 2011, and since then has pursued an active interventionist policy in Africa (Mali, Central African Republic). During his speech, Obama made a sharp distinction between the American and Russian approach to the Syrian issue. According to him, Russia, of course, made an important contribution to the chemical disarmament of Syria, but at the moment it is blocking the provision of humanitarian assistance to the population of cities that were under the siege of government troops.

Obama was skeptical about the prospects of the Geneva talks and stressed the intention of the United States to step up assistance to the “moderate” opposition. He stated the French-American agreement on Syria and did not rule out the possibility of US armed intervention in the Syrian conflict. “I have never ruled out the possibility of a military operation,” the American leader proclaimed, “but this question must be considered wisely and with all care. By itself, a military solution is not a universal remedy. However, the situation is constantly changing and we do not rule out any solution to the conflict. ”

So, the issue of military intervention is not removed from the agenda. At the same time, the delivery of new types of weapons to Syrian militants, which, in the opinion of their patrons, will help them reach a turning point in the civil war, is already underway. 18 February saw a visit to the United States by the Minister of the Interior of Saudi Arabia, Prince Mohammed bin Nayef, who was also appointed head of the General Intelligence Agency (ERM) instead of the recently retired Prince Bandar. Saudi minister met with national security adviser Susan Rice, and the Syrian theme was a priority during the talks.

Prince Nayef replaced the "king of jihad" Bandar bin Sultan, who showed excessive autonomy and reacted too sharply to "sharp turns" in American foreign policy. Recall that after the US abandoned a military solution to the Syrian problem and agreed to a rapprochement with Iranian pragmatist president Rouhani, Riyadh tried to blackmail the Americans by announcing rapprochement with France, China and even Russia (Prince Bandar’s December visit to Moscow). However, the degree of military-strategic cooperation between the United States and the Saudi kingdom and, more importantly, the size of the capital of the KSA, which are in American banks, forced the princes to resume the former alliance. And for Washington it is better to deal with reliable Saudi partners than obstinate and not always predictable Iranians.

After the talks, Prince Nayef and Rice held a regular meeting of the “Friends of Syria” group, which was also attended by the heads of the special services of Jordan, Turkey and Qatar. According to David Ignatius, a Middle Eastern observer at Washington Post, the meeting discussed the possibility of strengthening the armed forces of the SSA, including through the supply of portable anti-aircraft and anti-tank installations. At the same time, the “moderate” militants were tasked with fighting not only with government forces, but also with jihadists from the Islamic State in Iraq and the Levant (ISIL). "Friends of Syria" also discussed the problems of training militants in training camps in Jordan. Currently, 250 people pass through these camps every month. About 1000 militants have already been prepared by American instructors. Saudis are insisting that the capacity of the training camps be doubled.

Saudi special services promised to supply anti-government armed units with portable MANPAD anti-aircraft defense systems made in China and anti-tank missiles. Perhaps these types of weapons will be delivered from the warehouses of the Pakistani army.

Indeed, recently, observers have noted the intensification of contacts between Riyadh and Islamabad. Only in February, the Foreign Minister of the Kingdom of Prince Saud Al-Faisal and the Crown Prince, the same Minister of Defense Salman bin Abdel Aziz, visited the Pakistani capital. The two countries traditionally had good relations, but now they are gradually transforming into a strategic partnership. This process went especially fast after the new government came to power, headed by Nawaz Sharif, who was traditionally a Saudi agent of influence in Pakistan’s power corridors.

Recall that after the military coup of 1999, when Pervez Musharraf signed the death sentence to Sharif, this politician fled to Riyadh. So he owes the Saudi royal family not only his business success, but his life as well. It is not surprising that the Saudis are counting on Pakistan’s military assistance in the future conflict with Iran and on the assistance of Pakistani instructors in working with the Mujahideen in the Middle East. The combat capability of the armed forces of Saudi Arabia itself, despite multi-billion purchases of American weapons, is approaching zero. And military cooperation with Pakistan is becoming an urgent issue for Riyadh.

Will the Syrian Free Army survive?

Meanwhile, in Syria itself, fighting continues, on the one hand, between government troops and jihadists, on the other, between the Syrian Free Army (SSA) and Islamic radicals from ISIS and Jabhat al-Nusra.

An analysis of the fighting since the beginning of the year shows that, despite local successes, it is difficult for Syrian government forces to achieve a decisive breakthrough. We are not talking about stripping large areas from the presence of militants. As a rule, the government army uses the following tactics: it blocks the city block captured by the militants, leads the civilian population along a specially created corridor, and then fires it with heavy artillery or Grad installations.

However, and the militants, who never managed to create a single command, it is difficult to resist the government forces. Under these conditions, part of the detachments of the Syrian Free Army prefers reconciliation with the government. This contributes to a fierce feud between the secular militants of the SSA and the radical jihadists. The presence of foreign mercenaries among jihadists, who often set their own rules and view Syria as an occupied territory, is increasingly annoying to secular rebels. In addition, the militants lost the massive popular support they enjoyed in 2012. As a result, the Assad generals succeeded in concluding local truces between supporters of the government and the SSA field commanders in the southern suburbs of Damascus Barze, Muaddamiyat and Babbil. Under the terms of these truces, militants confiscate heavy weapons, but leave them small arms. At the entrance to some areas, joint checkpoints are set up from government troops and militants. The SSA fighters are invited to either join the government army or remain in the areas occupied by them.

The disintegration of the SSA undoubtedly causes concern among the western patrons of this organization. A meeting of Free Army commanders announced on February 16 the suspension of General Salim Idris. Idris was dismissed for "paralysis in the military command over the past months."

Idris successor as commander of the SSA was Abdel-Ilahi Bashir al-Nuaimi. Nueimi was a career general in the Syrian army who deserted July 13 2012. The reason for his transition to the opposition was the government repression against his native tribe Nueim in the province of Quneitra. Until February of this year, Nuaimi commanded the front of the SSA in this province.

He is an ardent supporter of the military intervention of the United States and its NATO allies. In mid-February, along with secretly arrived in the country NKRS leader Ahmed al-Jarboy Nuaimi visited the positions of the militants and assured them that the new weapons, which are planned to be supplied by the "friends of Syria", will help to achieve a turning point in the war.

However, according to experts, it does not make sense to rely on the “weapon of retaliation” (portable anti-aircraft and anti-tank installations). As the retired Afghan general noted in an interview with the Al-Safir newspaper, in reality such installations did not have a decisive influence on the course of the war in Afghanistan over the 1979 – 1989 years. “It’s just that our helicopter pilots learned to fly lower, and we had to conduct more frequent artillery fire,” he said.

The events of the beginning of 2014 of the year show that the situation in Syria is at an impasse. On the one hand, the positions of the Assad government, which controls the main highways and most of the provincial centers, are stronger than a year ago. On the other hand, the government army cannot completely defeat the militants. And the United States and the countries of the Persian Gulf do not stop the assistance of the armed opposition, translating the Syrian conflict into a chronic phase, by analogy with the civil war in Lebanon, which lasted from 1975 to 1990 a year.

Ctrl Enter
Noticed oshЫbku Highlight text and press. Ctrl + Enter
We are
Syrian lullRules for all. In the Caucasus, will write a "code of conduct" for Russian
Military Reviewin Yandex News
Military Reviewin Google News
41 comment
Information
Dear reader, to leave comments on the publication, you must sign in.