The Russian front needs a strong rear. On the simplification of citizenship for carriers of Russian culture and language 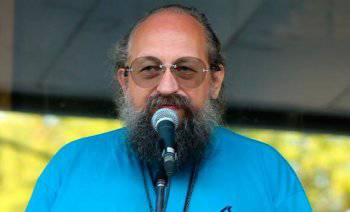 Simplification of the acquisition of citizenship of the Russian Federation by native speakers of Russian - the basis of Russian culture - is long overdue and even overripe. And personally, I am a citizen of Ukraine, Russian in my native language, long (and I hope, fruitfully) working not just in the Russian Federation, but in various media (my work, I think, testifies to a good command of Russian), taking into account all this Naturally, I am very interested in adopting a new law and most likely, after its adoption, I will seriously think about using it. But whether I use it or not, it will depend on the state of affairs in Ukraine. Because, becoming a citizen of any other republic, I thereby lose the moral right to call for the reunification of Ukraine with the rest of Russia.


Naturally, I now do not include Galicia as part of Ukraine. As I have repeatedly noted, on the eastern slope of the Carpathians since the end of the 1860-s, there has been a lengthy experiment to develop methods for turning Russians into anti-Russians. This experiment, unfortunately, gave a very successful result. Until the method of curing anti-Russianness is developed, Galicia will have to provide its own fate. Even if this fate will be extremely distressing for her, it is safer to keep patients in quarantine than to risk spreading the epidemic.

But behind this so far inevitable deduction the rest of Ukraine is a completely obvious part of Russia, and the current confrontation inside Ukraine proves this. Therefore, I think: from the point of view of the interests of the citizens of Ukraine, it is better for them (including me) not to try to run away from those who want to make their land “Rusenfray”, but to get rid of these criminals and make their small homeland again a part of their big homeland .

I deliberately used the expression “free from Russians” in German - “russenfrei”. In the 1941 year, the Estonian Nazis happily reported to the German Nazis who had occupied their republic that they were the first to stories made their land judenfrei - free from jews. Soon the same was reported by the Latvian Nazis. The Galician Nazis, to be sure, did not fully achieve the same result, but they tried very hard: at least Babyn Yar, where about nine hundred local police volunteers and only three hundred Germans participated in the execution of almost hundreds of thousands of Kiev Jews. Given all this advanced experience, the Germans 1942.01.20 at a meeting in one of the suburbs of Berlin - in a villa near Lake Van - decided to consider the final decision of the Jewish question not to expel this people from Europe, what they had previously sought, and to physically destroy all Jews within their reach. The decision of the Wannsee Conference was further carried out with all the thoroughness of the Germans, so the total number of Jews killed during the Second World War, according to various estimates, from 4 to 6 million people (on 3 million victims, documents and / or testimony were already collected Israel’s Yad Vashem Museum - Memory and Name). Now the Nazis of Galicia, Latvia, Estonia are trying to use the experience of that time to the Russian people. I hope, sooner or later, the international community will appreciate their activities in the new Nuremberg process.

The bill currently being considered in the parliament and the government of the Russian Federation is necessary as a means of protection for those who for some reason cannot continue to fight for the rights of the Russian people. But he, in my opinion, should not replace this struggle.

Now in the press and on the Internet it is very vigorously debated: why different regions of Russian Ukraine behave so differently and why the Russian Federation has rendered assistance to the Crimea, but so far neither Donbas nor New Russia helps. The answer is understandable, although sad. Even the Lord God helps only those who help themselves. Archimedes, describing the properties of the lever, said: give me a foothold - and I will turn the world. Russia helped the region, where there were local forces capable of creating a foothold. With the adoption of the new law by the Russians in the post-Soviet space - and above all in Ukraine, where they are already fighting openly against the Russian majority - a strong rear is emerging. But all his power does not give the moral right to leave the front.

Therefore, I welcome the bill as an undoubted and frank recognition of a long-time obvious fact: the Russian Federation is only one, albeit the largest, part of Russia. But I suppose that this recognition gives Russians in other parts of Russia not only additional rights, but also additional obligations. The rear can help the front, but cannot replace it.