Ankara destined the fate of Kiev? 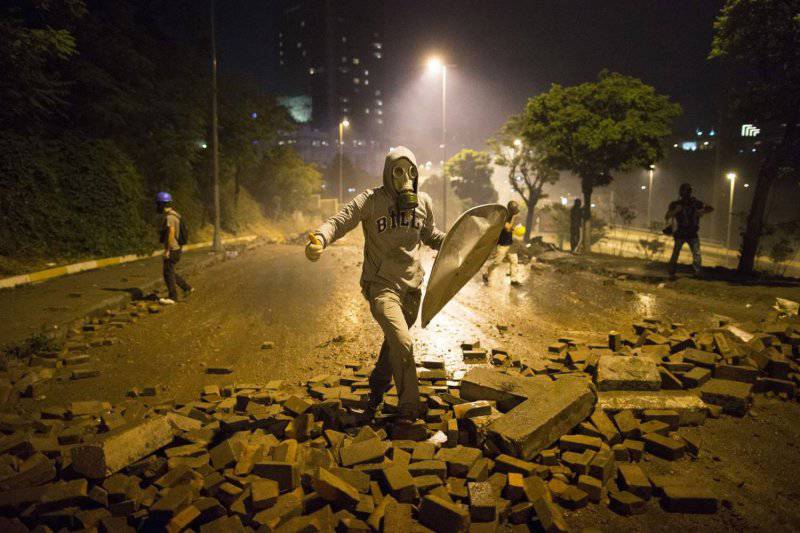 The events in Ukraine did not go unnoticed in Turkey, and it’s not just the Crimean crisis: Turkish politicians, journalists, public figures are afraid that Ankara would suffer the fate of Kiev, where, with the support of the West, radical militants seized power. There are plenty of its own radicals in Turkey: it is the nationalists who “lit up” as early as the 80s, the new-fashioned Islamists in the secular republic, and still popular leftists. We should also mention the Kurdish militias fighting for the creation of Kurdistan. In general, the current Turkish authorities have enough enemies, and the only question is who can unite them.

The coup in Ukraine hastened to “try on” its partners in the CIS — would there be a similar destabilization in all countries of the post-Soviet space? In addition to the fraternal republics, the export of the revolution was frightened overseas: since the end of February, the Turkish media have received a mass of analytical materials on whether the Kiev events can be repeated in Ankara and Istanbul.

Such concern is justified. For many months, protests and riots have not ceased in Turkey: the opposition has been demanding the resignation of a government convicted of corruption since the spring of 2013. Among the demonstrators and police are wounded and dead.

Who opposes Turkish President Recep Tayyip Erdogan and the Justice and Development Party headed by him? The opposition has a heterogeneous composition: a strange temporary union of liberals, nationalists, Kurds, Islamists is going to overthrow the existing state system in order to create a kind of “renewed state”. Of course, what Turkey should become in the future, each party sees its own way.

The publication Yeni Safak is interested in: will foreign countries take advantage of instability in the republic in order to bring puppet rulers to power? Analysts fear that with the hands of the opposition, the West wants to deprive Turkey of real independence. The newspaper reports that hundreds of foreigners are already undergoing the necessary training, and by command from abroad they will plunge the republic into chaos.

Journalists hold direct analogies between the Maidan and the latest events in Turkey. According to them, both Ukrainian and Turkish opposition parties have the same source of funding. The plan developed to bring Ukraine out of the Russian sphere of influence coincides with the project of destabilization of Turkey.

The struggle against the Turkish government, which is independent of the West, is made by the hands of the Turks themselves, who in case of victory will receive some profit. The “think tank” itself is located abroad: it is from there that the actions of the opposition, whose ideas are alien to the majority of citizens of the republic, are coordinated. Yeni Safak compares the current political confrontation in Turkey as a conflict between alien, alien ideas, and a long-established local outlook.

Last summer, when it was possible to stop the riots in connection with the demolition of the Gezi Park, information was voiced that about a thousand mercenaries opposed the Turkish authorities. Turkish intelligence agencies began investigating the May unrest, and “hot on the heels” went to foreign sponsors. It remains unknown whether the investigation was able to find customers.

Who benefits from a weak turkey?

Turkish experts draw attention to the fact that both Turkey and Ukraine are transit countries. Delivery of goods from east to west and back is carried out through their territory, so, having accomplished a revolution in Ankara, the West will receive an excellent bridge to the Middle East.

In addition, in recent decades, Turkey has become too independent in foreign policy. Usually, NATO dictated the Turkish government, with whom to be friends, and with whom - to fight. And, despite the periodic crises in relations with neighbors, Turkey has always unconditionally adhered to the "general line" of the North Atlantic Alliance.

The republic was controlled by the military loyal to Washington and Brussels: the armed forces could at any time make another coup in order to get rid of the disagreeable president or government. NATO military bases were deployed in Turkey without the consent of the local population; Moreover, on the eve of the Caribbean crisis, the American nuclear weapon.

The junta suppressed any anti-war speeches with extreme cruelty, while the West was always silent and did not make complaints about human rights violations.

And so, in the 90-s in Turkey there was a turning point: for the first time in many decades, civilian politicians were able to overcome the domination of the army, true to the NATO ideals. Ankara no longer wants to carry out orders from Brussels: in 2011-2012, despite strong pressure from the West, Turkey did not intervene in the Syrian adventure. And the participation of Turkey in this war would mean the collapse of the Turkish economy, huge casualties, the revitalization of the Kurdish movement and the opposition and, as a result, the beginning of an armed confrontation within the aggressor country itself.

Turning Turkey into a hotbed of instability seems to have been part of Washington’s plans. Starting in Tunisia, the Arab Spring was supposed to end in Ankara and Istanbul. All Turkish parties and groups, ranging from liberals to religious fundamentalists, prepared for confrontation with moderate Islamists, who are represented by Recep Tayyip Erdogan. The president and members of the Justice and Development Party were threatened by former military men who had been removed from ruling the country.

On the eve of the Turkish Maidan

It looks like demonstrations in Turkey in 2013 were planned with the expectation that the republic would be at war with Syria at that moment. Then the “people's anger” would become even stronger, since coffins with Turkish soldiers were brought home from abroad, and cripples who returned from the front would talk about the senselessness of the Syrian campaign.

But Turkey, contrary to the arguments of NATO and Saudi Arabia, remained aloof from the war. The goals have changed a little: now Erdogan must be overthrown in order to engage the country in a conflict, and not vice versa.

Most likely, the next attempt to get rid of the intractable president will be made on March 30, on the day when elections to local authorities are to be held in Turkey. Recep Erdogan, the leader of the Justice and Development Party, has already said that if his political power by the results of the voting does not take the first place, he is ready to leave the world of politics.

But Erdogan can push. If he tries to resist, he will be declared an inhuman tyrant and may even impose sanctions on Turkey for "human rights violations". At the worst case scenario for Erdogan, Turkey will be placed on a par with Syria, and all militia groups operating in the republic itself and in the neighboring countries will be incited against it.

There is no alternative to this scenario - if Turkey remained a loyal ally of the North Atlantic Alliance, Western politicians would still take care of destabilizing the state and reformatting it.

The only chance to save Turkey is to renounce the West, to find strategic partners in the East. The Turks themselves have long been disappointed in the “European dream”: the country that has been standing for ten years in front of the tightly locked gate of the European Union. Turks will not forgive such a humiliating attitude. The society understands that a prosperous life should be built by its own efforts, not relying on foreign sponsors, who have their own plans for the future of Turkey.

That is why Erdogan, with all his shortcomings, is still in power. The ideas of disparate groups do not find support among the population, and the majority of Turks are in general categorically opposed to "friendship" with the West.

Ctrl Enter
Noticed oshЫbku Highlight text and press. Ctrl + Enter
We are
Tragedy in Ankara. Who blows up Turkey?Turkey against the Kurds. Is there a new phase of conflict ahead?
Military Reviewin Yandex News
Military Reviewin Google News
28 comments
Information
Dear reader, to leave comments on the publication, you must sign in.