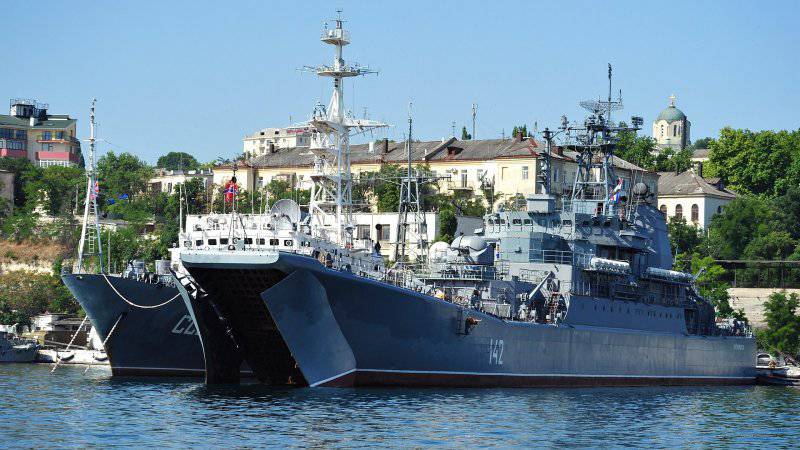 The ongoing conflict in Ukraine, fraught with serious destabilization of the country, affects Russian interests, among which the fate of the Black Sea is in one of the first places fleethis status in Crimea and historical The main base is Sevastopol.

The struggle for the future of the Black Sea Fleet began on April 5, 1992, when the decree of the President of Ukraine Leonid Kravchuk “On Urgent Measures for the Construction of the Armed Forces of Ukraine” was signed. In accordance with it, the former Soviet Black Sea Fleet was transferred under the jurisdiction of Kiev, and on the basis of its forces stationed on Ukrainian territory (this meant practically on the basis of the entire Black Sea Fleet), the Naval Forces of Ukraine were to be immediately created. The right to such a decision in Kiev was not.

Moscow reacted to this step: On April 7 of 1992, the President of the Russian Federation, Boris Yeltsin, issued a counter decree, according to which the Black Sea Fleet, on the contrary, was placed under the jurisdiction of Russia. To resolve the crisis that has arisen, the Kremlin proposed by way of negotiations, during which the two decrees mentioned were suspended.

A long diplomatic trade began, complicated by the situation “on the spot”. Kiev inclined the sailors of the Black Sea Fleet to take the Ukrainian oath, trying to "Ukrainize" the fleet, and put Moscow before the fact.

Later, Ukraine turned to tougher actions: as the former deputy foreign minister of Russia and former ambassador to Kiev, Yuriy Dubinin, recalled in her article: “April 8, 1994, the Ukrainian military attempted to detain the Cheleken hydrographic vessel that was carrying out planned work in the port of Odessa maintenance of navigation equipment. On the night of 10 on 11 on April, a detachment of Ukrainian military personnel numbering up to 120 made a violent seizure of the 318 division of the Black Sea Fleet reserve ships with a coast base, communications center, property, weapons. The personnel of the coastal base was transported to the village of Chebanka in 10 km from Odessa. This created a critical situation. ” 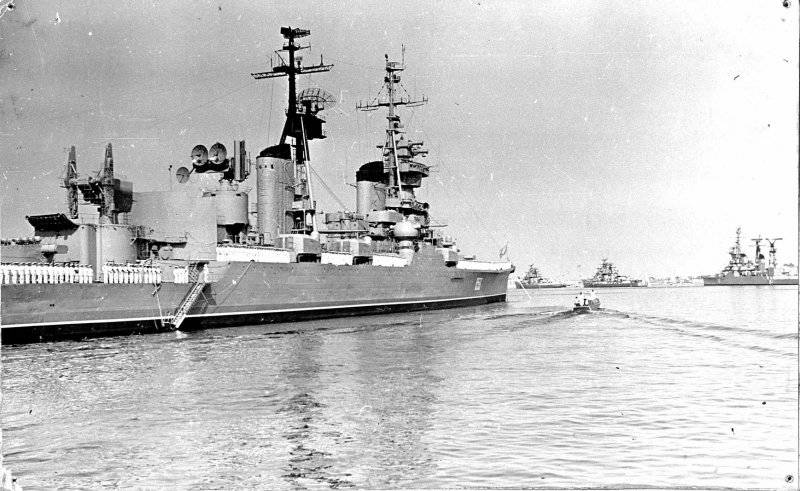 As a result of subsequent negotiations, an oral agreement was reached on the basing of the ships of the Russian Black Sea Fleet in Sevastopol.

15 April 1994 was signed the Russian-Ukrainian agreement on a phased settlement of the problems of the Black Sea Fleet, where the proportion of the section on which Russia was to receive 80-85% of ships and fleet ships was established. At the same time, Russian diplomats came to an understanding of the need to link the fleet agreement with a political treaty between Russia and Ukraine. The Ukrainian side, meanwhile, expressed a desire to sign a political treaty separately from the agreement on the Black Sea Fleet, leaving this problem hanging in the air.

Negotiations began anew. As a result, 9 June 1995 was signed an agreement in Sochi, according to which the Russian Black Sea Fleet and the Ukrainian Navy are based separately; Sevastopol was assigned the status of the main base of the Russian Black Sea fleet. Property issues were subject to settlement, taking into account the previously reached agreement on the division of property in half. Ships and vessels were divided in proportion of 81,7% - to Russia, 18,3% - to Ukraine.

The division of the fleet, coupled with a significant reduction in military spending compared with Soviet times, led to a significant deterioration in the balance of forces in the Black Sea and Mediterranean theater of operations. In 1991, the Black Sea Fleet of the USSR Navy numbered about 100 thousand personnel and 60 thousand workers and office workers, and included 835 ships and vessels of almost all existing classes. Including: 28 submarines, 2 anti-submarine cruisers, 6 missile cruisers and large anti-submarine ships of the 20st rank, 40 BOD of the 3nd rank, destroyers and patrol ships of the 30nd rank, about 70 patrol vessels of the 50rd rank, 400 small missile ships and boats, about XNUMX minesweepers, XNUMX landing ships and boats, more than XNUMX aircraft and marine helicopters aviation. The fleet consisted of 2 divisions of ships (anti-submarine and landing), 1 division of submarines, 2 divisions of aviation (fighter and naval missile-carrying aviation), 1 division of coastal defense, dozens of individual brigades, regiments, battalions, divisions, companies and batteries.

Every year, through the Black Sea straits, up to one hundred warships and ships went out into the world ocean. The fleet had an extensive network of basing from Izmail to Batumi (Izmail, Odessa, Nikolaev, Ochakov, Kiev, Chernomorskoe, Donuzlav, Sevastopol, Feodosiya, Kerch, Novorossiysk, Poti, etc.), its parts were deployed in Ukraine, Crimea, Moldova, Russia , Georgia, North Caucasian autonomies. 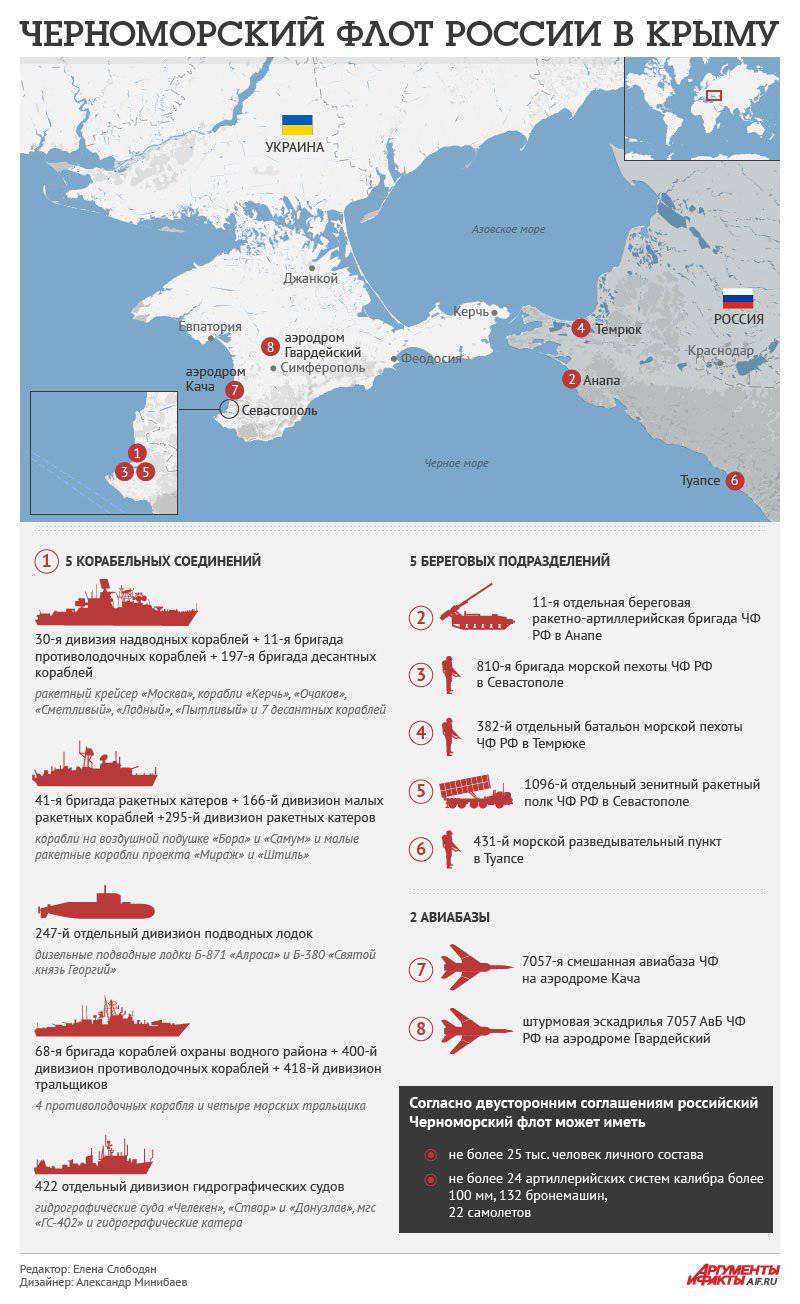 According to experts of the International Institute for Strategic Studies, by the beginning of 1992. the value of the entire Black Sea Fleet property, including warships, exceeded 80 billion US dollars.

Since that time, fleet forces have declined radically - almost tenfold. Today, the Black Sea Fleet includes about 40 warships and boats, as well as several dozen auxiliary vessels. The number of coastal aviation and coastal defense forces also declined many times. The Black Sea fleet that previously dominated the Black Sea and competed with the combined forces of NATO in the Mediterranean is now inferior in size to the Turkish Navy in the Black Sea theater of operations (although it surpasses the fleets of the other Black Sea countries combined and also has a higher impact potential than the Turkish Navy the presence of powerful rocket ships in its composition).

At the same time, the situation on the southern borders of Russia has become much more hectic. In 2008, the Black Sea Fleet had to perform combat missions during the Five-Day War with Georgia, and in 2012-13 the ships of the Black Sea Fleet together with the forces of other Russian fleets ensured supplies of weapons, military equipment, spare parts for Syrian forces waging war with radical Islamists in their own country. The number and duration of trips to the sea have increased dramatically, months-long combat services and trips to certain areas of the world’s ocean have returned to practice. In fact, on the basis of the Black Sea Fleet, a permanent Mediterranean compound of the Russian Navy is deployed, as part of which the ships of all the other fleets of Russia are regularly deployed. Thus, the Black Sea Fleet is once again becoming a tool designed not only to protect the borders, but also to protect the interests of the country on distant frontiers.

However, the fleet has not yet received new combat units, its combat capability is supported by the repair and limited modernization of existing ships. According to the plans, in the nearest 3-4 of the year, six submarines of the 636 project and the same number of frigates of the 11356Р / M project, which are currently under construction, should be transferred to the Black Sea Fleet. This replenishment will be the first stage in the modernization of the Black Sea Fleet shipboard personnel. In general, the existing plans provide for the maintenance of the existing list of the Black Sea Fleet with the gradual replacement of obsolete ships and auxiliary ships over the next 10-15 years.

The main problem of the fleet, however, all of the past, remained the indefinite status of his stay in the Crimea - the original Black Sea Fleet basing agreement provided for the withdrawal of the fleet in 2017, while during the reign of Viktor Yushchenko it was repeatedly announced that the agreement would not be extended. However, in the 2010 year, after Viktor Yanukovych came to power, an agreement was signed in Kharkov on the further basing of the Black Sea Fleet in the Crimea - up to 2042, with the possibility of extending for another 5 years.

Nevertheless, at the same time, a new fleet base is being built in Novorossiysk, since there was no guarantee that Viktor Yanukovych’s successor would confirm the decisions made by his predecessor. The riots in Ukraine in the winter of 2013-14 and the coming to power of the “government of Maidan” only confirmed these concerns. At the same time, taking into account the events in the Crimea itself, it can be expected that the positions of the Black Sea Fleet will be strengthened there. This would be an exceptionally successful solution, because for a number of reasons, from meteorology to geography, Novorossiysk cannot serve as the main base of the Navy.

Sevastopol as the main base today is the best port on the entire Black Sea coast, if not even in the Black and Mediterranean Sea basins, and the point here is not only in the merits of the base itself, but also in its location practically “above” the geographical center of the Black Sea. The convenience of the location allows the fleet with the support of Sevastopol to solve almost any task.

There is no doubt that this is understood not only in Moscow. So, the disputes over the Crimea and the basing of the fleet will continue.

Ctrl Enter
Noticed oshЫbku Highlight text and press. Ctrl + Enter
We are
The future of the 11711 BDK is defined.The tragedy of the unique "Ural"
Military Reviewin Yandex News
Military Reviewin Google News
4 comments
Information
Dear reader, to leave comments on the publication, you must sign in.