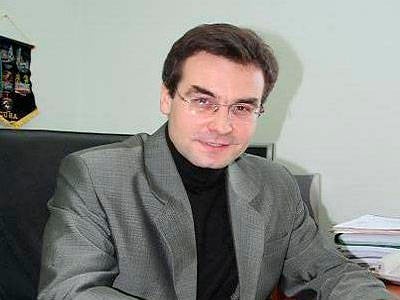 The regime of Ukraine rests on three pillars: oligarchic money, the Nazi shooters and local fools. Today, the transnational oligarchy dominates the remnants of the economy of the former Ukrainian SSR and the national wealth of Ukraine, the derivative of which is the policy of seizing power in Kiev. The coup is carried out by the hands of the Nazis and under their slogans. Maydanny symbiosis of the oligarchy and the fascists in this sense recalls the role of big capital in the 1930's national socialist revolution.


At the same time, Ukrainian Nazism - Bandera - is just a "superstructure", an ideological wrapper, without which in a degraded, atomized society it is difficult to turn a part of the population into stormtroopers. "Basis" is an oligarchy, at the end of 2013, openly embarked on a Nazi-oligarchic dictatorship, which the miserable power in the person of the same oligarch servants could not oppose.

The first phase (Maidan) can be reduced to the formula: "all minus Vitya". That is, under the cover of the “defense of the European choice”, the regime got rid of the presumptuous “family” of the president. This was the secret of the New Year’s “miracle in Ukrainian” - the rebellion against Yanukovych of the deputies of the Party of Regions who refused to accept the budget of Ukraine for 2014 year (in order to realize what it is, imagine United Russia, opposed to Putin or “White Russia” that refused to obey Lukashenko).

With the elimination of the "family", the era of the complete triumph of the oligarchy has come, shattering the myth of the "national" character of the action. The essence of the coup clearly demonstrates the appointment of Ukrainian Forbes by the governors of the TOP-10 defendants of the regions, as well as recognition of the “temporary government” depicting the president Baptist Turchinov. Political kamikazes directly state that they will withdraw cash, fulfilling unpopular decisions, they "will be criticized, vilified, but they must fulfill their duties and burn for the sake of Ukraine." This doom completely unleashes the regime for civil war and the export of bloody chaos to the outside. Not for nothing, according to The New York Times, the candidacy of the owner of a Smart Holding Company Vadim Novinsky, whose fortune is estimated at 1,9 billion dollars, is waiting for his time to be the representative of Kiev in the Autonomous Republic of Crimea.

In exchange for becoming gauleiters, the oligarchs call for a "country’s unity" and a "de-facto" military "mobilization." The new mayor-oligarch of Donetsk, Sergei Taruta, the head of the ISD concern (mining and smelting complex) and the president of FC Metallurg, who has closely approached Yushchenko in the field of "love for antiques" after "quarrels with Yanukovych’s family "tweaked" its capital slightly (displacing the richest oligarchs of Ukraine from 8-place into TOP 130), as well as the new governor-oligarch of Donetsk region Rinat Akhmetov, president of the largest Ukrainian holding SCM, living mainly in London, from where he manages its financial empire and fifty parliamentarians pocket Rada.

Such statements are only one of the results of US Deputy Secretary of State Victoria Nuland’s meetings with Ukrainian “business leaders” (by the way, oligarch Akhmetov “publicly condemned the dispersal of Euromaidan“ after the first such “non-advertised meeting”). The Kiev junta makes no secret of why the oligarchs become Gauleiters of the eastern territories. The same Turchinov openly declares that big business should "maximally engage" in "protecting the territorial integrity of Ukraine" and use for this "not only state, but also private resources available to it." The reasons, besides the presence of legions of pocket politicians like Turchinov and Yatsenyuk, are simple:

Information feudalism promotes territorial. Ensuring the transfer of pieces of Ukraine to modern tycoons and tenants (the difference from the medieval Ruins is only in the fact that then there were tenants with tycoons, but now the nomenklatura magnates with tenants is not for nothing that the initiative of "employing" oligarchs belongs to the gentleman of the Polish cross of the Order of merit Vice Prime Minister on regional policy issues Vladimir Groisman). Territorial feudalism enshrines a return to the constitution of the 2004 of the year, which: a) turns the institution of the president into a purely representative body; b) redistributes administrative-authority and financial resources between the center and the regions; c) legally guarantees the status of the owners of the new Ukrainian latifundia in the spirit of the “democracy” of Latin American “banana” republics and the Great-Polish Commonwealth of the bloody “flood” of the 17th century (70-year-old Polish-Swedish-Turkish-Russian war, which was fought by the magnates mainly in Ukraine and Belarus - note NM).

(2) The presence of oligarchs private armies and militant units, coupled with the possibility of their financing. The power resource is already used against the self-organization of the population - to intimidate city leaders, who are required to support the Bandera "stabilization course," kidnap and eliminate Russian activists. And also at industrial enterprises controlled by oligarchs where workers are threatened with dismissal by directive, they are beaten up for participation in public meetings, they are asked to give salaries for “rebuilding Maidan”, they give out only 12-15% of salaries, as is already the case in coal mines Uglegorsk, Donetsk region ...

The contingent for future death squads, besides the departments of private security and criminals controlled by the "authoritative" accomplices of Akhmetov and Co., are hired among the same workers or unemployed urban suburbs. This also includes some sports ultras fans who have already taken an active part in the riots of the Maidan. Their top is tied to the owners of "their" clubs like "Dnipro" Surkis or "Dynamo-Kiev" Kolomoisky. Frequently, the militants of the Right Sector act as instructors and political commissars. These squadrons, whose headquarters are located in the urban business centers (as is the case, for example, in Donetsk), are already storming administrative buildings, where the authorities elected by the people are located.

Everything is done according to the schemes run-in during the seizure of the Kremenchug refinery by armed militants of the second-wealthy oligarch of Ukraine Igor Kolomoisky - an Israeli citizen, head of the European Jewish Council, one of the richest people in Switzerland, owner of 20% of the world market of ferroalloys, oil production assets (Ukrtatnafta) ), transport, food industry of Ukraine. Contributing to the political project "Yulia Tymoshenko", the election campaign of "Our Ukraine" Yushchenko and the technical project "regionals" - the party "Svoboda", formally headed by Oleg Pyagnibok.

While Kolomoisky, who received Dnepropetrovsk region in feeding (attributed to involvement in a number of high-profile contract killings), advertises his help to the Maidan and declares himself "hostage to the past government", the deputy governor-oligarch also "businessman" Boris Filatov has already voiced a strategy to pacify the east of Ukraine: "Giving scum any promises, guarantees and make any concessions. And then hang. " Where the methods common to the Kolomiya group are superfluous (directing and style reminiscent of the recent Kiev clashes on Bankova), “peaceful” action films are involved. Funded by the oligarch "chocolate" Petro Poroshenko - godfather Yushchenko and presidential candidate-2014. Without any resistance, the exciting administrative buildings, where the people in power are sitting by him, as was the case in western Ukraine.

The "legal" side of the forceful "redistribution of lawlessness" in Ukrainian is provided by representatives of the Kolomiya-financed Freedom, such as Igor Tenyukh, the Minister of Defense of Ukraine, and the NSC (National Security and Defense Council) secretary, one of the founders of Freedom, and previously the commandant of Maidan and the neo-Nazi field commander Andrei Parubiy, as well as the deputy secretary of the National Security Service Dmitry Yarosh and the oligarch with permanent residence in Italy - depicting the Interior Minister of the native Baku, the ex-governor of Kharkiv region and the deputy Tymoshenko’s Batko ins "Arsen Avakov, has a reputation as a homosexual, ie, the carrier of key values ​​of the EU (like LGBT journalist Egor Sobolev, who headed the Lustration Committee, and avtomaydanovts Dmitriy “Ear”, the new minister of youth and sports, Bulatov, partner of the European journalist Portnikov, on an intricate video about the strong rear of European-integrated European integration).

Avakov, who became one of the richest people in Ukraine under Tymoshenko, who was under major fraud under arrest and wanted by Interpol, has already announced the dissolution of the "Golden Eagle" and the adoption of the neo-Nazis "Right Sector" in the leadership of the Ministry of Internal Affairs. The leader of the “Right Sector” Yarosh, who had never worked an SSU sex job anywhere before, is the coordinator of the young thugs of the “Right Sector” supervised by the pro-American “fifth column” in the leadership of the SBU and GUR. Tenyukh - a graduate of the Institute of Foreign Languages ​​of the US Department of Defense, as well as an ardent hater of finding the Russian Black Sea fleet in Crimea, where Tenyukh joined the Kolomian party and already tried to block the Russian fleet during the conflict in August 2008. So, the experts of the CIS-EMO (Commonwealth of the Independent States - Election Monitoring Organization), not without reason, consider Tenyukh a representative of the "war party".

Any bloody conflict saves the Nazi-oligarchic regime of Ukraine. Delaying inevitable bankruptcy, since it reduces the situation to force majeure "circumstances of irresistible force." Allowing to wait out the slaughter abroad and at the same time preserve assets. And not only foreign. Not without reason, for example, the largest in Ukraine Privat Bank of Kolomoisky, one of the first large credit institutions, under the pretext of Maidan riots, suspended payments to the population. Thereby, clearly demonstrating the desire of the regime to share its money with the people.

The blood and export of violence outside "will write off everything" not only for the internal, but also for the external puppeteers of the brown revolution. The Europeans get the German-Polish consensus at the expense of the Ukrainians, the reanimation of the Eastern Partnership, electoral trumps for the European Parliament elections, the Americans hamper the project of the United States of Europe, squeeze China out of Ukraine, actively buying China, encroach and discredit Russia, distract the world from its colossal pre-default problems those and others put the control of Ukraine’s GTS under their control, begin the open development of the power system of the former USSR, etc. It was not for nothing that the German Foreign Minister Frank-Walter Stanmayer announced the day of liberation from the "Kharkov captivity" "main responsible for the future of Ukraine" Yulia Tymoshenko immediately said from the Maidan: "The liberation struggle in Ukraine will entail democratic transformations in other post-Soviet countries."

Ctrl Enter
Noticed oshЫbku Highlight text and press. Ctrl + Enter
We are
Way out of chaos"Simplicity is worse than theft"
Military Reviewin Yandex News
Military Reviewin Google News
151 comment
Information
Dear reader, to leave comments on the publication, you must sign in.