Will the Warsaw conspiracy end in the fourth section of Poland? 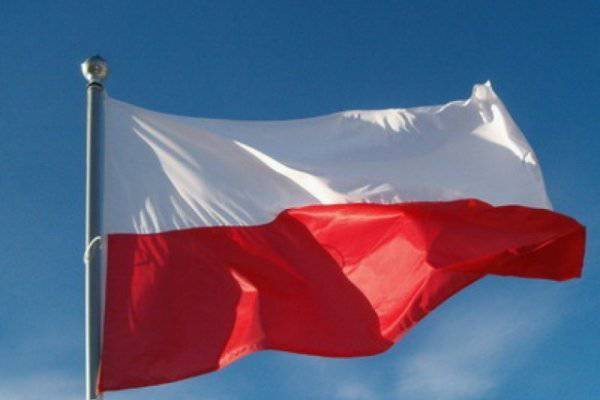 Warsaw is preparing to celebrate the 25 anniversary of the restoration of "independence." The ceremonial events should remind the Poles about the events of 1989, when the Polish United Workers Party ceded power to the Solidarity movement, which led to the transformation of the Republic of Polska Rzeczpospolita Ludowa into Rzeczpospolita Polska.

However, it seems that the mentality of the Polish elite (at least with regard to international politics) still has not gone beyond the limits of the Paris Hotel Lambert and conspiracy. And the main ideologue and embodiment of the current foreign policy course, Polish Foreign Minister Radoslaw Sikorski, is nothing but the reincarnation of General Jan Henryk Dombrowski.

Of course, the minister, unlike the general, today does not send the brave Polish young men to Haiti to die for the interests of the emperor Napoleon. But in Ukraine, Pan Sikorsky, judging by his attitude towards the Russian-speaking South-East and Crimea, would have liked to go on marches just as Dombrowski’s corps suppressed anti-French national liberation speeches in Italy.

Firstly, the logic of conspiracy implies the subordination of long-term state interests to ideological dogmas. If the facts contradict the opinion - so much the worse for the facts.

An example of this Sikorsky demonstrated recently in an interview with Der Spiegel, when he stated that “the Russian community in Crimea is not the dominant ethnic majority: in Crimea, 30% of the population are Crimean Tatars”. Meanwhile, according to the census of 2001, the population of Crimea is 2 024 056 people, of whom 58,5% Russians, 24,3% Ukrainians, 12,1% Crimean Tatars and other peoples. There have been no fundamental changes in the demography of the peninsula since then. Therefore, it is difficult to understand the mindset of the minister, who gave inaccurate figures that can be easily verified.

Secondly, the logic of conspiracy generates geopolitical complexes that tear apart the Polish elite. According to the director of the Berlin Information Center on Transatlantic Security, Otfried Nassauer, positioning itself as a European state, a full-fledged member of the Warsaw-Berlin-Paris triangle, Poland is constantly trying to emphasize its special relations with Washington. But within the country, the expert concludes, “dismissive attitude towards Russia” goes hand in hand along with the hidden fear that “the Russian bear can become strong again”.

Polish society is also tormented by the same split-off against the Germans. Warsaw, which declares foreign policy unity with Germany, at the same time exposes it to the Polish diaspora. On the eve of the visit to Poland of Chancellor Angela Merkel, Rzeczpospolita demanded “to remind the large western neighbor (and better personally at the upcoming meeting of prime ministers) that he must meet the expectations of the German Poles, that is, compensate for the damage caused to the Polish minority by the Third Reich.”

Thirdly, the logic of conspiracy provokes political mistakes, “disorder in connections”. Appealing to Washington, the Polish elite relies on the administration of Democratic President Barack Obama, then on his Republican opponents, the most reactionary wing, with which many of their party members disagree.

Obama now has a hard time because of Ukraine. What does Warsaw do? In the Hill newspaper, Undersecretary of State of the Polish Foreign Ministry Bohuslav Vinid writes, as he agrees with Senator John McCain, that "we must rally with our allies in NATO and the European Union" and punish "Russia for aggression." This is despite the fact that an influential Republican, ex-Secretary of Defense Robert Gates asked the administration of Barack Obama and members of Congress to show "special caution" when developing Western responses to events in Ukraine. Gates also called on Republican senators to "slow down the tone" of their critics and "try to support the president instead of finding fault with him."

Poland has created similar problems for itself in Ukraine. The power in Kiev was divided between two forces - "Batkivshchyna" and "Freedom". The Poles have demonstrated public support for the new regime. But let's not forget that former Prime Minister Yulia Tymoshenko is behind the “Batkivshchyna”, and that until November 2013, inclusive, Warsaw did not take it into account. Punching the signing of the Association Agreement with the EU by all means, supporting Ukrainian President Viktor Yanukovych, Polish politicians have repeatedly urged Brussels to abandon the demand for the release of the former prime minister from prison. One can imagine how “grateful” Tymoshenko is for them now and how she will “thank” Warsaw if she can take power entirely into her own hands.

As a result, the famous Polish publicist, the priest Tadeusz Isaakovich-Zalessky predicts that, sooner or later, “the Nazi Tyagnibok will be brought into the Polish salons with great fanfare” so that he will appear there as a “statesman”, “European”, “true patriot” and “ Polish friend. Interview with the leader of "Freedom", which appeared the other day in Rzeczpospolita, Fr. Tadeusz regards as “the first step in preparing Polish public opinion for an alliance with the neo-Banderas who were part of the new government in Kiev”. So what to do? After all, with Tymoshenko all bridges burned.

Fourth, hence: Polish policy in the eastern direction is least of all similar to the realization of state interests in Warsaw, and more to conspiracy. But it should be remembered that conspiracy is the child of the three sections of Poland and the occupation. When the minds of current politicians, ministers, deputies and party leaders are permeated with this mentality, the question arises: is not the emergence of conspiracy in the heads of the Polish elite a precursor of something formidable - for example, the forthcoming Fourth Section? Time will tell.

Ctrl Enter
Noticed oshЫbku Highlight text and press. Ctrl + Enter
We are
About Stalin and KhrushchevWhat you didn't want to know about England
Military Reviewin Yandex News
Military Reviewin Google News
115 comments
Information
Dear reader, to leave comments on the publication, you must sign in.