"The Legend of the Shubohranilishche" as a reason for the abolition of Russia. How and for whom manipulations work 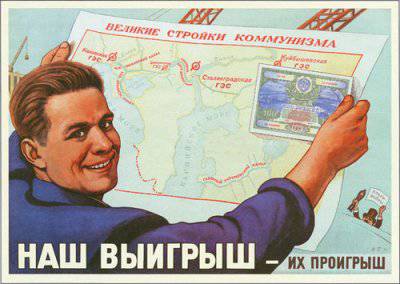 Recently, the head of the Russian Railways, Vladimir Yakunin, speaking at the Presidium of the Russian Academy of Sciences, proposed to implement a large-scale project - the Trans-Eurasian Belt of Development (TEPR). In addition to new cities, factories, highways, we are talking about the new positioning of Russia in the world - as a link between Europe and Asia - something that has been talked about for a long time, but so far it has not been implemented. However, the liberal public already accepted Yakunin’s offer with hostility.

The TEPR mega-project involves the construction of new transport arteries in our country, connecting its most remote corners. This, in turn, should not only create the necessary impetus for the revival of the Russian economy, but also mark the country's new place in the world - a link between parts of the world. Actually, in terms of geography, we are supposed to act as such; we lack only a decisive breakthrough in this direction, the idea of ​​which has been submitted for discussion.

The TEPR project was initiated by Mikhail Baidakov, Advisor to the President of Russian Railways, and Yury Gromyko, Director of the E. L. Schiffers Institute for Advanced Studies. Yakunin presented him to the academicians who supported the idea.

“I am convinced that we must support the project,” said President of the Russian Academy of Sciences Vladimir Fortov. - The implementation of this project is impossible without reliance on science. The number of practical problems arising from this is amazing. This will load those institutions that today work beyond the Urals, and I am sure that this will develop. ”

Yevgeny Primakov supported the idea, noting that today it is vital for us to look for new ways of economic development, and one of the key points is the development of the Trans-Siberian and Baikal-Amur Highways.

Yakunin focuses on the fact that we are talking about something more than simple commerce, because the West imposes on Russia alien values ​​- the development of the economy for the sake of increasing quantitative indicators. At the same time, according to him, acting within the framework of imposed models, Russia is losing the spiritual and moral platform, as well as its inherent values ​​and benchmarks. The country needs to rethink its role in the global space and become an “integrator on the Eurasian continent”:

“The idea that Russia can and should become an integrator on the Eurasian continent was put forward long ago. This is an alternative to the situation of “apple of discord” - when Russia is not between Europe and Asia, but unites civilizational communities. This is the idea of ​​Russia as a civilization center. ”

According to Yakunin, Russia throughout its stories Constantly implemented large-scale mega-projects, for example, the adoption of Christianity in Russia, the conquest of Siberia, the GOELRO plan, the space programs of the USSR, and the Olympics in Sochi. According to him, such projects determine the country's position on the world stage, and Russia needs to implement ambitious plans of such magnitude:

"This kind of project, the plan of the GOELRO 21 century, is the project of the Trans-Eurasian development belt."

We add that a project of such a scale is also needed as far as it helps to consolidate our society (to return clear guidelines and goals to it), to launch the long-awaited re-industrialization (can you imagine how much steel, concrete and workers you need?) And become the engine of Eurasian integration (which today is not so enough project of this kind). All this is obvious to our readers and does not need additional explanations. However, the liberal public is strongly opposed and its motives deserve a separate discussion.

The leader of alternative-minded Internet users Navalny, who is now under house arrest, set the tone for discourse:

“This is a damn human. I love that. Someone has an indestructible love of life, and he has an indestructible, irresistible, and even (not afraid of this word) admiring love of babla. Hallmarks have nowhere to put on it. Thief from thieves. He runs a state-owned company and, at the same time, openly lives the life of some Arab sheikh. He built an estate with a fur depository and artificial ponds ”.

The initiative was supported by regular readers of the Echo of Moscow website:

“But these arguments of the most important Putin's henchman about the special way of Russia's development and the foreignness of Western values, along with military preparations and territorial expansion, speak of one thing - the iron curtain will soon fall";

«That would be more terrible than nuclear war. This is what is coming really and irrevocably. If "Bandera" will not save ".

"The logic of the Bolshevik bastards! Russia - held exclusively as the Western Project of the Romanovs! The future of the Russian Federation is just like that of a Western and European country, the Bolshevik concentration camp has no future! ”

No matter how I looked for, it was not possible to find at least something similar to constructive criticism of the proposal on liberal resources. Thus, indignation is reduced to dissatisfaction with the personality of Yakunin and the endless chewing of a tale about the “fur-store”.

You know, I am far from considering all adherents of liberal thought to be idiots or people incapable of elementary analysis. Surely there are sensible ones among them, but for some reason they are cleverly hiding and do not write comments on the forums. The rest do not know that they fall for the usual wiring. Judge for yourself.

If Yakunin Navalny, who started the persecution, were really honest and worried about the fate of the country, he would write something like this:

“Guys, the TEPR project deserves at least more attention. Perhaps there are sound thoughts in it and they should be disassembled. However, I absolutely do not like that Yakunin represents him. I consider him a crook and is ready to prove it in court, having all the facts in my hands. But in this case, let's digress from his personality and turn to the essence of the proposal. When it comes to the fate of the country, do not be distracted by personalities. We should closely monitor the development of the project and together consider how to prevent possible theft during its implementation. I am personally confident that Yakunin cannot be allowed to her, and I will prove it. ”

However, the function of Navalny does not include taking care of the fate of the country - his task is to direct the opinion of the public subject to him in the right direction, to dazzle her with emotions, blocking any mental work. Similarly, it was quite recently, when this public enthusiastically poured on the project of the Olympic construction. However, the success of the event did not sober her up and did not shame it - they only switch to a new object for hatred.

In fact, everything is ridiculously simple - and the reason for the manipulation lies on the surface in this, the most criticized phrase of Yakunin:

“It is difficult to talk about cost estimates, it is obvious that this is the cost in trillions - and not our rubles. But the result will be of ordinal frequency. "

A reasonable person has a legitimate question about the source of funding and the answer itself is from the National Wealth Fund and the Reserve Fund of Russia. Which, as we know, are located mainly in the West. Moreover, looking at the reports of the Ministry of Finance, we will see that all our reserves, obviously, will not be enough for such a project. This means we will need to attract partners. The most obvious such partner is China, which, in turn, also holds the lion’s share of reserves in the West. No wonder the joke goes that Barack Obama almost shies away from Chairman Xi Jinping, avoiding the meeting in every way and fearing that he will demand that he return the debt to 1,3 trillion dollars.

- Is the West afraid that Russia will withdraw its capital and direct it to its own development projects?

- Is the West afraid that China and other countries will follow Russia's example?

- Does the West really need Russia to become a central link in its dialogue with the East?

- Does the West need a re-industrialization in our country - new enterprises were opened, new cities and villages were built, the economy came to life, getting rid of the dollar?

- Does the West need our country to become the center of attraction for the former Soviet republics and not only through such a project?

- Does the West need our people to feel again the strength to create, not to degrade, and unite in movement towards a common goal?

However, all these questions fall out of sight of the blinded Legend of the Shubohranilishche. And they narrow this field of vision consciously, using the ancient manipulation, playing on the emotions of the crowd.

However, this manipulation is rather weak and acts only on the very very malleable public. And its use in itself speaks of the most severe crisis of the genre of manipulators.

So these are now times.

Ctrl Enter
Noticed oshЫbku Highlight text and press. Ctrl + Enter
We are
About Stalin and KhrushchevList of destroyed the largest and most high-tech enterprises
Military Reviewin Yandex News
Military Reviewin Google News
61 comment
Information
Dear reader, to leave comments on the publication, you must sign in.