Almost everyone will be at the referendum. ” Leader of protest in Kharkiv region told whether his region will demand secession from Ukraine 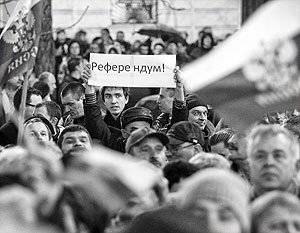 “The first and main issue is to grant Kharkiv region autonomy status within Ukraine. We would like to separate economically and organizationally from Kiev and the west of the country, ”ex-deputy of the Kharkiv Regional Council Igor Massalov told the newspaper VIEW. He told what changes are being sought from Kiev residents of Kharkov.


On the eve of a press conference in Kharkiv, the mayor of the city Gennady Kernes was held, at which the mayor commented on the accusations and arrest of the ex-governor of the region, Mikhail Dobkin.

“We have no separatist sentiment. We want to have a state like Germany, Belgium, like the USA "

According to him, all this is nothing more than revenge from the former governor of Kharkov, and now the Minister of Internal Affairs of Ukraine Arsen Avakov. During a meeting with journalists, he compared Dobkin with Robin Hood. Regarding the latest political events in the country, he said: “I don’t know what the sophisticated predator would think of. So far we live in the forest. ”
About why the people went to rallies in Kharkov and what the demands of people, in an interview with the VIEW of the newspaper, ex-deputy of Kharkov Regional Council, head of the public foundation “For Honor and Dignity”, member of the Communist Party Igor Massalov told.

VIEW: Igor, the people in Kharkov take to the street. What is their main purpose?

VIEW: Regional authorities are ready to support this initiative?

THEM.: I approached the newly appointed governor of the Kharkiv region, Igor Balut, with this initiative. He sent me to the regional council. Communicated with the chairman of the regional council. And he practically convinced him that the referendum had to be held. This will remove and the passions. The only thing he said was that for this he needed to gather a faction and ask if they would support him in this matter. If the faction gathers and supports him, he is ready to give me a call for me to initiate a referendum, then he will put this question to the vote. If they refuse, he will not put the referendum question to a vote.

To which I replied and replied that there was no reason for refusal, there is an 5 Art. Constitution of Ukraine, it provides for a referendum. Power belongs to the people, this is written in the same article of the constitution.

VIEW: German Chancellor Angela Merkel believes that holding a referendum in the Crimea is illegal, and refers to the 73 article of the constitution "On holding an all-Ukrainian referendum." According to her, for such a referendum is required to collect three million signatures.

THEM.: The 73 article of the constitution "On the All-Ukrainian Referendum" talks about changing borders, and we are holding a referendum on increasing the status of the region. This article is not applicable to us. Also, understand, we have the whole country left the legal field. For example, according to the constitution of Ukraine 96, in the absence of the president, his duties fell on the head of parliament, and now on the prime minister. But at the same time no one took additional acts. We have a legal vacuum everywhere. Parliament itself was elected according to one law, and now the other is acting. Even the agreement of Yanukovych with the three foreign ministers of European countries and the opposition is illegal.
According to the position that exists, there can be no such agreement between such a circle of people. Such decisions are made by the constitutional majority, and not by this circle of people. There are continuous stretch. Our regional referendum is a public opinion poll, later enshrined in law. And he is the most legitimate. And to collect, if necessary, three million signatures will not be difficult. In two weeks we will do it.

VIEW: How did the chairman of the regional council take your suggestion to refer to the 5 article of the constitution? 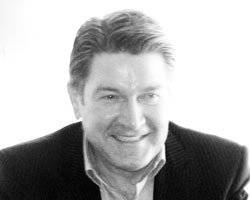 THEM.: They are all upset now. The head of the regional council itself was in the hospital, just left. He promised to help. They will work on it. I offered them my services. I explained to them that if they did not make a decision to hold a referendum, we would start collecting signatures and then bring these signatures to them and demand that they approve the holding of the referendum.

VIEW: If it so happens that the regional council approves the referendum, what questions do you intend to put on the ballot?

THEM.: The first and main question is about granting the Kharkov region autonomy status within Ukraine. That is the question of broad autonomy. Life will show further. We would like to separate economically and organizationally from Kiev and Western Ukraine.

VIEW: Why do you want to disconnect from them?

THEM.: We have incommensurable economic potentials. We transfer almost 6 billion hryvnias to the budget. And we get subsidies by one and a half, and sometimes even less. This is clearly not enough area. Everything should be exactly the opposite. The bulk of the funds should remain in the area, and a certain percentage should be transferred to the center. The authorities of Ukraine at the expense of the leveling budget, at the expense of the economically developed southeast, contain the western part of the country. This is unfair. We are trying to eliminate this injustice by such a decision.
VIEW: How many people are willing to participate in the referendum and how many of them are ready to cast their votes for broad autonomy?

THEM.: For the referendum will be almost everything. And for providing the area of ​​broad autonomy - 72 – 75%.

VIEW: If the referendum is successful, what will you do next?

THEM.: Further we will proceed from other criteria. We will ask Russian to be made the second state language. Now it is not even regional. The state is now conducting an ethnocide. The European Charter states that if 20% of the population of any country speaks a language other than the state, then this language must also be state. Ukraine has implemented this charter and does not comply. This is a gross violation of human rights.

VIEW: The leaders of some areas of the south-east were detained by the SBU. Not afraid that such a fate can expect you?

IM: We have no separatist sentiment. We want to have a state like Germany, Belgium, like the USA. To Ukraine was federal. To take into account the characteristics of each region. Now unitarity presupposes the equalization of all, and therefore does not allow developing more advanced regions.

VIEW: From your point of view, the arrest of the ex-governor of the Kharkiv region Dobkin will help him raise the shaky rating and how great are his chances to win the presidential election, about which he spoke so much?

THEM.: I think his rating will certainly grow. We have always loved the "persecuted." But, I think, Dobkin’s rating will grow for objective reasons, he is a good manager. From this flank he has no opponents. Therefore, in my opinion, he has really good chances.

It may turn out that he will be the only one. However, I have the impression that elections will not take place in May. They will be later. There are objective factors pointing to this.

VIEW: What are these factors?

THEM.: No one will have time to prepare for the May elections, since no preparation is yet under way. They need to be transferred, presumably, in the fall.