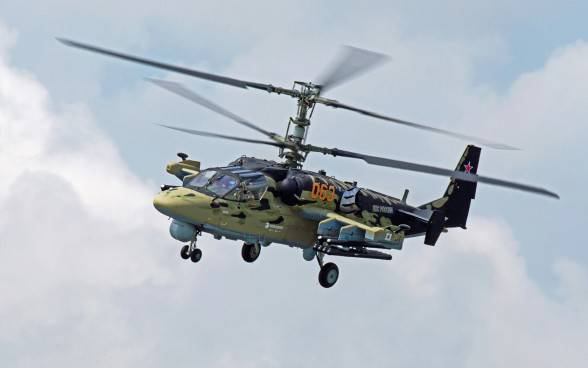 The Federal Arbitration Court confirmed the legitimacy of the competition of the Ministry of Defense for the manufacture and supply of missiles "Whirlwind-1", as well as the legitimacy of the state contract concluded with the winner - Concern "Kalashnikov." To recognize the tender and the state contract as invalid was demanded by NPO High-Precision Systems and Technologies.


NPO Izhmash, currently Kalashnikov Concern, became the winner of the Defense Ministry competition in July 2013. According to the contract, the company must manufacture and deliver the Whirlwind-1 guided missiles to the Ministry by the end of 2015. The total value of the state contract is estimated at about 13 billion rubles.

Later, ZAO NPO High-Precision Systems and Technologies filed a lawsuit against the enterprise with the requirement to recognize the tender and the state contract as invalid. According to the plaintiff, the competition was held in violation of the procedure, and the ministry unlawfully denied NGO “VST” access to it. As stated by the NGO representatives, their application met the requirements of the tender documentation and legislation.

The Federal Arbitration Court of the Moscow District confirmed the legality of the closed tender of the Ministry of Defense, as well as the legality of the state contract, RIA reports News with reference to the Russian Agency of Legal and Judicial Information.

The representative of the Ministry of Defense of the Russian Federation said that the company was reasonably denied participation in the competition, as the application indicated two prices. Rosoboronzakaz also found no violations during the competition.

"Whirlwind-1" - This is a guided missile developed in the Tula Instrument Engineering Bureau and adopted for use in the 1982 year. The rocket is designed to destroy armored vehicles, including equipped with active armor, as well as low-speed (speeds up to 800 km / h) air targets.