Russian deputies in the European Parliament did not understand 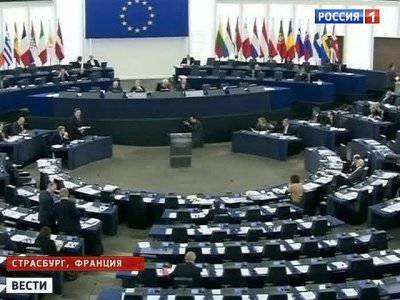 Hot discussion broke out today in the European Parliament. A delegation of Russian parliamentarians who tried to convey Moscow’s position on this issue, in particular, on the situation in Crimea, took part in the meeting on the events in Ukraine. At the same time, Russian deputies recalled how unanimously the EU countries recognized the independence of Kosovo. The story of the results of the meeting in Strasbourg.


The debates on the situation in Ukraine, which preceded the appearance of Russian emissaries in Strasbourg, did not arouse heightened interest among MEPs. But those who gathered were enough to understand - from the point of view of objective perception of the facts, this is a difficult audience, so that the point of contact found with it can be considered a success.

Is it possible to separate the Ukrainian government from Maidan today - a question. But the European Union is ready to entrust him money. Barroso said today that Europe decided to give Kiev, in addition to the promised 11 billions of euros, one more. Brussels hopes Kiev will spend this money on macroeconomic reforms.

“This is not a quick fix. These loans are for modernizing the economy,” says European Commission President Jose Manuel Barroso.

“Nothing can justify a violation of the Constitution,” meanwhile, Elmar Brok, chairman of the international committee of the European Parliament, was waving leaflets, referring to the Crimean referendum as a violation, but forgetting that Ukraine does not have a constitution to appeal to. "The free will of the people is above all," he continued, endowing Maidan with free will, and refusing the Crimea to it.

Brock’s speech in the hall was partially understood: Spanish deputies complained that they didn’t have a translation in their headphones. And the leader of the French right, Mrs. Le Pen, did not even listen to him at all. She has the opposite point of view on Ukrainian processes.

“Crimea is not such a territory as others, it is a very specific territory. I would take into account historical Aspects. But the European Union is not entirely consistent, taking Kosovo from Serbia in other matters, "said Le Pen.

Actually, the purpose of the mission, with which the Russian parliamentarians came to Strasbourg, was not only to clarify to colleagues the position of Russia on Ukraine and the Crimea, but also to remind them of the Kosovo precedent, when part of Serbia was recognized by Europe as a separate state simply by accepting Kosovo declaration of independence.

“We have recorded very serious differences with regard to the assessment taking place in Ukraine,” says Alexei Pushkov, chairman of the State Duma Committee on International Affairs.

Despite the differences, direct contact with European colleagues, even with the understanding that not everyone is willing or able to extract useful information from it, of course, it was not without meaning.

The European Parliament in the process of responding to acute foreign policy situations is a secondary institution. The initiative is here for the executive bodies of the EU and, most importantly, for national governments. But as a resonator whose vibrations are caught in Berlin, Paris and London, it performs its function. So this is not the last attempt to synchronize the political frequency.