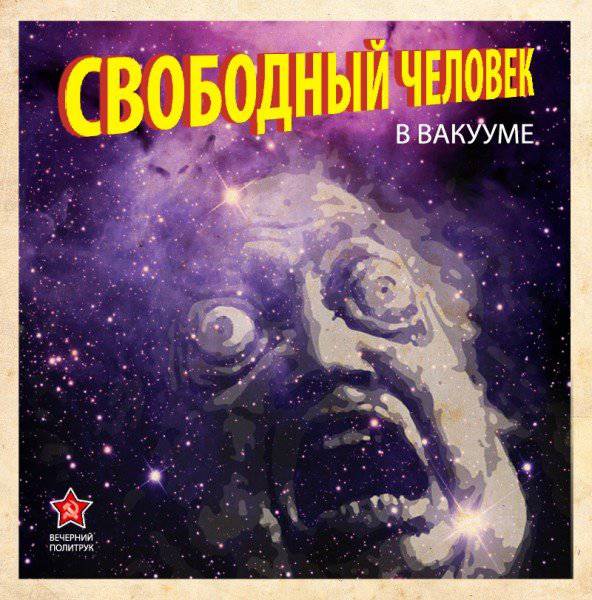 Today, when nothing besides robbery happens in Ukraine, it's time to talk a little about the significance of the state per se (as such).

It is often possible to hear from commoners in general a common, mean-spirited formula: "I love my country / my people / my homeland, but I hate this damned state."

Sounds beautiful. In words. But if you bring the idea to its logical conclusion - you get the destruction of the hated, is not it?

What causes the collapse of even the bad, the weak, broken by corruption or hypocrisy of state foundations? The generation of Perestroika Witnesses remembers how it happens.

The state is not power. The state is a life support system, the structure, the basis and the environment in which we all live. We ourselves create our own state - day after day, following certain rules. The state is us.

(By the way, this is why the nationalists' reasoning about the oppression of Russians by the Russian “punitive apparatus” is so ridiculous. Hallo, comrades, the punitive apparatus, like everything else in Russia, consists of Russians on average 77%, not counting individual specific republics. And where it is so, comrades nationalists, find a job more actively in the police, show the Chechens a class).

The only sphere in which the state “plays against the citizens” is its punitive function. However, it is necessary for protection. Ordinary citizens rather quickly become disillusioned with freedom, when the prerogative of violence is socialized, and it starts to create anyone. We will not remember Bunin's “Cursed Days” or “Dozens of knives in the back of the Revolution” by Averchenko - let’s give a clearer example:

"I am ashamed. We taught these people. We gave them examples which, in our opinion, should have awakened only good things in their souls. You are right to say that everything “reasonable, good and eternal” sows the Internet. Why then we? We still have to set something apart by our example. Otherwise we are really not needed.
I hear constantly the roar of the monster that we have created and raised. ”
This man - he was a music teacher and lived on Institutskaya Street, not far from Maidan - no longer hears the roar of the monster, which he had long fed with beautiful words from a spoon.

8 March he died. He was severely beaten at his own entrance in the center of Kiev. Not for politics - just trying to rob.

The point is not even violence.

In our latitudes and with our neighbors on the planet, the State is the spacesuit of the nation. Without it, both the Motherland and its population are defenseless.

When the USSR driving servo-skeleton met in the course of the race on the carriages in 80, the defensive blocks dragged all the resources and collapsed. Then, the internal shell of the power shell was corroded by the caustic wind of change tuning.

Result? In a society devoid of the suit, such a moral atmosphere was established that many in it suffocated to death.

Its impact was monstrously poisonous: they began to kill on the streets for a fur hat, unknown applications were found for the hitherto unknown, children's homes sold orphans, the population drank black, gangsters shared oil and aluminum. 10 years in “Country-without-State” rumbled lawlessness: yesterday's builders of communism, who were seriously arguing in the newspapers about the quality of poems and the prospects for space exploration, raped, stole, exchanged whole cities, organized wars and ethnic cleansing. Entire regions fell away from civilization and plunged into the Middle Ages.

A quarter of a century has almost passed, and we are all raking the consequences of this cosmic catastrophe. Yes, we patched holes in the casing, through which stinking evil again blows: from gay propaganda, and to youth fashion to take pictures of myself in the mirror on the iPhone, not doing anything else in life.

The state is the spacesuit of the nation. Without it, she gasps. Mutates from cosmic rays. Turns into a dangerous and vile rabble.

Meeting another lover of high-sounding wording, say so to him:

- Hate the only space suit of your beloved Motherland? Are you craving for all of us freedom in a vacuum? Do you see this as a big problem? Yes you, brother, just a fool. Get away from the complex technology, and stop carrying evil folly.