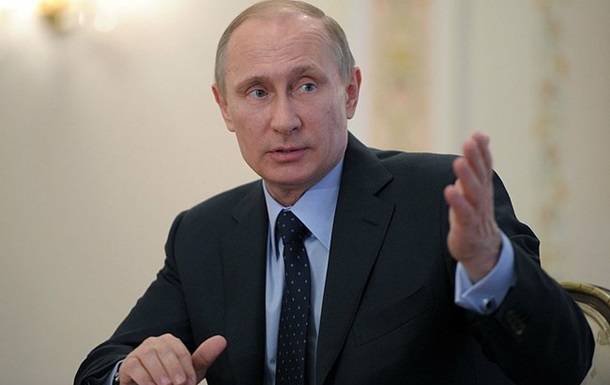 Can the West give an adequate answer?

Talking about the fact that, invading the Crimea, Putin acted as if he were living in the 19 century, they form a misconception about the significance of recent events. Putin did not miscalculate at all, he put forward new methods of warfare 21 century.

Before Putin invaded Georgia in August 2008, he spent many months deploying traditional military equipment. He rebuilt the railways and highways, so that he could easily throw them over Tanks and thousands of soldiers. He sent military aircraft to the Georgian borders. He also used the tools of state propaganda to prevent him from figuring out exactly who started this war.

But now Putin is no longer bound by national war. For many years, confrontation with the separatists, militants, terrorists and non-specific players seriously influenced his way of thinking. In the Crimea, Putin tried out the tactic of a “pop-up war” - a quick and veiled one that is likely to be widely used in the future.

First, a hidden army appeared out of nowhere. The soldiers without any identification marks were well prepared to incite riots and street fighting. These soldiers, whom, according to Putin, he did not send there, obviously, are not guided by any laws, rules and conventions governing the conduct of the war - as long as this has become Putin’s most serious challenge to the international order. These are a kind of hybrids of soldiers and terrorists: hidden faces, secret command and control, and secret orders, undoubtedly designed for the attainment of state interests. The lack of an obvious leader prevents the international community from responding, because it remains unclear who should be negotiated on the issue of a cease-fire or surrender. In addition, if armed clashes begin, it will be extremely difficult to stop them.

These irregular troops also pose a psychological threat to the local population and Ukrainians in general, because the latter do not know where the fighters of this hidden army can hide.

The second component of the Putin war of the 21 century is its virtual component. If we call it propaganda, it will be an understatement of the perfidious and poisonous nature of this information war.

The principles of cyber tactics were improved in accordance with Putin's new goals: the task is to destroy the channels of communication between legislators and authorities and to ensure the unhindered flow of Russian-language disinformation, announcing a new war with the "fascists."

Putin has created his own version of the reality that he is promoting in order to destabilize the situation in Ukraine. He decided that in order to achieve his goals he needed an ethno-linguistic gap, and then he distributed the roles. Now his version of this stories played out on hundreds of fronts and published on social networks — this is a virtual translation of evidence from Putin’s story about the oppression, persecution, and fear of the Russian-speaking population of Ukraine.

And the real situation does not matter here. Last weekend, ITAR-TASS reported that 675 of thousands of Ukrainians appealed to Russia with a request to grant them political asylum - later this story was picked up by Forbes and some other publications. Remember, in 2008, Moscow declared that 2000 civilians were killed in South Ossetia, after which it sent its troops there, which are still there today. Human Rights Watch experts later found out that all 44 civilians were killed in South Ossetia. However, Western news agencies cover Putin’s fake news as if they were really worth discussing. His falsifications and the resulting fear prevent him from responding quickly to his actions and weaken the determination of those who must stand against him.

Third, Putin uses financial markets as a tool for disputes. Having his own network, estimated at tens of billions, according to some sources, he understands well how financial strength works. Russia's wealth allowed it to make “partnerships” based on mutual financial benefits, and Putin relies on these ties.

Putin is well acquainted with this tactic. In 2007, a cyber attack disrupted the financial markets of Estonia for several days, and this happened immediately after a quarrel with Russia. Last week, Russian markets sank more than 10% due to the threat of a war, but Putin hastened to hold a press conference aimed at reassuring investors. Just think how much money he must have lost and earned again from Monday to Wednesday. When Putin brings his ability to manipulate markets to perfection, he will be able to increase his own condition and continue to replenish his reserves, which, from his point of view, make him inviolable. It is self-propagating, invisible. weapon.

Putin’s tactics create chaos, which he manages, the status quo, which allows him to influence the policy of Ukraine.

Putin invaded Crimea in part because it was the least risky way to test his new tactics of warfare. The Crimea, where Russian military assets are located and where the population sympathizing with Russia lives, is geographically isolated from the rest of Ukraine. Putin could confidently expect that there would be no physical response to his invasion from the side of the West, which was tired of conflicts.

For many years, Putin relied on a heavy hammer in the spirit of Soviet times. However, his recent actions indicate that the traditional army and intelligence have ceased to be the weapon with which he intends to wage war. While the West is considering how best to respond to it, Putin most likely is already moving on to the next stage: he is trying to figure out which international protocols can justify his actions and how his tactics can be applied in other places.

The time has come to abandon the decadent belief that the era of continental wars is in the past. In the future, the whole world will follow Putin’s status quo tactics and this is a reality that we must recognize and to which we should find an adequate answer.

Ctrl Enter
Noticed oshЫbku Highlight text and press. Ctrl + Enter
We are
North Korean tanksResults of the week. “And the Crimea of ​​the Fatherland is sweet and pleasant for us!”
Military Reviewin Yandex News
Military Reviewin Google News
229 comments
Information
Dear reader, to leave comments on the publication, you must sign in.