March 13 2014
1
13 March 1814, Napoleon suddenly attacked 14-th. Russian-Prussian detachment under the command of Adjutant General Emmanuel Saint-Prix under Reims. Allied squad defeated. This success was of local importance, it improved the tactical position of the French army, but in general had no meaning for the entire French campaign 1814 of the year.


The location of the French troops

9-10 March Laon battle took place. Napoleon attacked the army of Blucher. The battle was fierce, but the Allied Russian-Prussian troops had a double superiority in forces (in some areas - a triple), so Napoleon could not defeat the army of Blucher. In turn, the Allies missed the opportunity to encircle and destroy Napoleon’s army, thus completing the entire campaign. Although Marmon's corps was destroyed at night, all of his artillery was captured and the Allied army gained triple superiority over Napoleon's troops. The contradictory orders, Blücher's illness and the indecisiveness of his headquarters made it possible for the French troops to calmly withdraw. They were only a little “pinched” by the Cossacks.

Napoleon retreated to Soissons, where he received reinforcements and regrouped the remaining forces. From the remnants of the corps of Ney and Victor, he made up two divisions - Curieal and Charpentier. Three marching cavalry regiments arrived from Paris, of which they were a division of consolidated squadrons. In addition, the Vyslyansky regiment, the Polish Uhlansky regiment, several artillery and engineering companies, 1 thou. Thousand recruits (conscripts) approached. Together with the remnants of the Marmon corps, Napoleon had about 40 thousand soldiers.

Initially, Napoleon wanted to stay in Soissons for several days. The army was upset and tired, it needed rest and replenishment. Then the emperor planned to attack Blucher again or hit Schwarzenberg, depending on the situation. However, 12 March came the news of the fall of Reims. The allied corps of Saint-Prix, arrived from the Rhine through Chalon.

The situation was critical. In the battles with the army of Blucher fell a significant part of the "old" soldiers, reinforcements consisted of conscripts and national guardsmen. The news of King Joseph (brother of Napoleon) from Paris reinforced the picture of total doom. The flow of volunteers plummeted, weapons not enough. In southern France there was the threat of a royalist insurrection. Negotiations at Chatillon did not lead to success. Napoleon decided to attack the enemy in order to encourage the troops and gain time. 12 March Napoleon moved to Reims (in 50 km southeast of Laon). For the defense of Soissons and the barrier against Blucher, Napoleon left Mortier corps - 8 thousand infantry and 4 thousand cavalry. The garrison of Soissons was supported by 30 guns.

Capture Reims by the Allies

Adjutant General Saint-Prius commanded part of the 8 Infantry Corps. In early February, the detachment marched from Mainz and ordered Blucher’s order to remain on Marne and guard the Silesian army’s communications with the Main Army and the Rhine.

I must say that Emmanuel Saint-Prix was originally a Frenchman. He belonged to the French emigre nobles who advocated the restoration of the monarchy in France. In 1793, he entered the Russian service, becoming a lieutenant. Distinguished in the battle of Austerlitz. Awarded the Order of St. George 4 class: "In reward excellent courage and bravery ..." Distinguished in the campaign 1806 — 1807, in the Russian-Turkish war 1806-1812. For the battle of Shumla was awarded the Order of St. George 3-th class. In the Patriotic War, 1812 was the chief of the General Staff of the 2 West Army, and was a member of several battles. Wounded in the battle of Borodino. The participant of the Foreign Campaign, commanded by the 8 Infantry Corps.

March 6 part of the forces of Saint-Pri attacked Reims. The Allies struck from several sides and entered the city. However, at this time the French cavalry appeared from the side of Berry-au-Bak. It was General Defrance with several hundred National Guard. Not knowing about the French forces, Saint-Prix led the troops. He began to wait for the arrival of the remaining forces of the Panchulidzev detachment.

March 11 Lieutenant General Panchulidzev arrived with 5 infantry regiments, Chernigov horse rangers and two artillery companies. As a result, Saint-Prius forces in the vicinity of Reims grew to 13-14 Thousands of soldiers. 12 March Allied forces launched an assault on the city. Troops attacked in three columns. Major General Yagov commanded the left column, Major General Pillar ranked the middle column, and Saint Prix commanded the right. The Prussian column of Yagov was the first to break into the city. The Prussians met no strong resistance. Most of the garrison was the National Guard, which had no experience of regular war. The French partly fled to their homes, partly sought refuge in the flight.

Russian troops entered the city later, their guide strayed off the road, but managed to cut the way for the French to withdraw. Several hundred French tried to break through. Part of the French cavalry was slaughtered, part scattered. The infantry was able, with the support of Defrance's cavalry, who had arrived at the sounds of the cannonade, to break through to Berry-au-Buck. In total, Allied forces captured thousands of people in the city of 2,5, including General Lacoste and Colonel Rainier. 10 guns were captured.

Saint-Prix knew about the defeat of Napoleon under Laon, but did not turn to Berry-au-Buck to establish contact with Blucher’s army. Knowing the retreat of the French troops from Soissons, Saint-Prix believed that Napoleon would turn to meet the Main Army. Considering themselves in complete safety, the troops settled in the city and its surroundings. 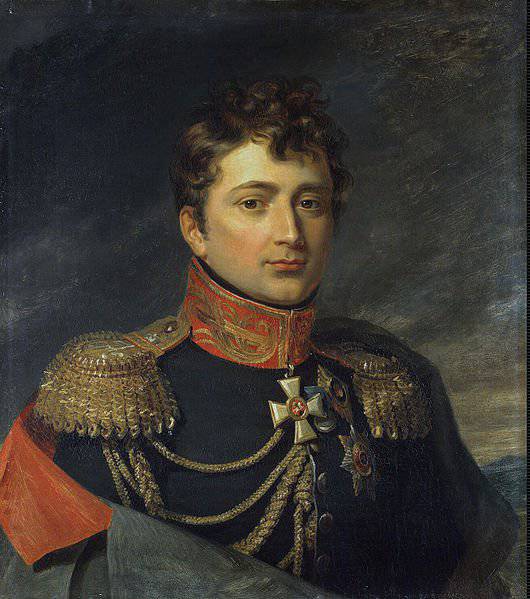 Napoleon went to Reims with 20-th. army. Separately, Marshal Marmont attacked Reims with his infantry, 1-m Cavalry Corps of Bordusel (total 9 thousand soldiers). Prussian posts were discovered by the French cavalry, they retreated without a fight. Saint-Prix, having received news of the appearance of the enemy, did not pay attention to this threat, finding that Napoleon’s army was upset and its separate troops were not dangerous. After a prayer of thanksgiving, the Prussian troops were dismissed in the environs, and Saint-Prix went to the city cathedral, where he received greetings from his fellow royalists.

At this time, the French cavalry stumbled across the two Prussian battalions near the village of Orme. Prussian soldiers, instead of retreating to Reims in the square, sat down at the cemetery. When the French infantry approached, they laid down their arms. A significant part of the detachment of General Yagov were also taken by surprise. Some French cavalry chopped up, others captured, some were able to escape. Yagov himself barely escaped. Only one battalion managed to line up in the square and fought off the enemy.

At first, Saint-Priet decided that this was an ordinary cavalry raid, but when they reported the presence of artillery from the enemy, I realized that I had made a mistake. He sent out officers to collect the detachment and, in order to reinforce Yagov, sent Ryazan and 33 th Chasseurs regiments under the command of Major General Bystrom. He strengthened the infantry of the Le Hussar and Leib Dragoon Squadrons. General Bistrom covered the retreating Prussians.

Having received Napoleon's order to suspend the attack until the arrival of the rest of the troops, Marshal Marmont was inactive until 3 hours. Taking advantage of this, Saint-Priest was able to gather troops and prepare them for battle. True, if Saint-Prix knew that the French were waiting for the arrival of the main forces, he would probably have retreated to Berry-au-Buck. However, he did not know this. French prisoners claimed that before the allies only the body of Marmont. Therefore, the Allies were not going to retreat.

Napoleon arrived around the 4 watch and ordered the attack to begin. Marmona's infantry moved in several columns. The infantry was supported by two divisions of the Guards cavalry under the general command of Sebastiani, the cavalry of Defrance and Bordusesel. Behind them, Frian and Boyer’s divisions were in reserve. Saint-Prix, convinced of the superiority of the enemy, began to withdraw troops to the city.

At the very beginning of the battle, the Allied forces lost their commander. Saint-Priet was seriously wounded by a grenade splinter (he died a few days later). The seniority command was supposed to be received by Lt. Gen. Ivan Panchulidzev, but he was seriously ill in the morning. Major General Georgy Emmanuel did not know about it and went to the city to transfer command to Panchulidzev. As a result, the Russian troops were without command.

Merlen's division, with the support of cavalry, knocked over the Prussians. A part of their forces was surrounded and laid down their arms. Landweaver battalions ran, leaving artillery. Yagov tried to restore order, but failed. In this confusion, the French captured 11 guns. The position was partially saved by a battalion of the Ryazan Infantry Regiment commanded by Colonel Ivan Skobelev (grandfather of the famous “white general” Mikhail Skobelev). Ryazan and several hundred Allied cavalry were cut off from the main forces, and seemed doomed to death or surrender. However, Ryazan lined up in a square and taking with them the wounded Saint-Prix, they went for a breakthrough. Russian soldiers with a bayonet attack made their way through the cuirassiers of Sebastiani. Their breakthrough helped the cavalry that followed the battalion to leave the encirclement and also enabled Emmanuel to bring the troops in order and remove the remaining guns and carts from the city.

The rearguard under the command of Bystrom received an order to be held in the city to the last possible opportunity. The city remained Ryazan, Polotsk, Elets, 30 and 33-th chasseurs regiments. General Bistrom held part of the city until 2 in the morning hours of March 14. Only after receiving news of a maneuver of the cavalry of the enemy, which wanted to cut the road to Berry-a-Bak, Bistrom retreated. Around 200 volunteers from their various parts covered their withdrawal. They retreated only after receiving orders from General Emmanuel. The night helped them to get through the location of the enemy army.

In the battle of Reims, the Allied forces lost more than 2 thousand people, according to other sources - up to 3,5 thousand people (of which a significant part are prisoners). Of these, 700 people were Russian. Apparently, some figures indicate total losses, including the surrendered Prussians in the region of Saint-Prix, and others - losses during the battle in Reims itself. The French have lost 700-800 people.

After occupying Reims, the French cut the line of communication between the Silesian Army Blucher and the Main Army of Schwarzenberg. The allied armies stopped the offensive for a while. 17 March Napoleon led the army through Fere-Champenoise to Troyes to strike at the Main Army of Schwarzenberg, which threatened Paris. He hoped to repeat past success when he attacked the Allied corps separately. 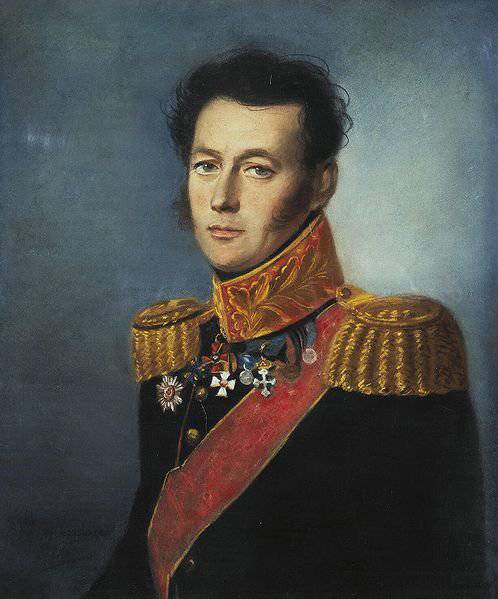 Ctrl Enter
Noticed oshЫbku Highlight text and press. Ctrl + Enter
We are
Battle of Arcy-sur-Aube - Napoleon's last battle in the 1814 campaign of the yearStart of the 1814 campaign of the year. Part of 2. Battle of Brienne
Military Reviewin Yandex News
Military Reviewin Google News
1 comment
Information
Dear reader, to leave comments on the publication, you must sign in.