March 13 2014
14
It is advisable to develop defense against aerospace attacks on the basis of the EKR Troops, and not by combining them with the Air Force.

The current military-political situation in the world once again demonstrates the lack of stability in international relations and the desire of Western states to destabilize the situation at the borders of the Russian Federation. In these circumstances, the problem of ensuring the security of the Russian Federation, including in the aerospace sphere, becomes particularly relevant. It can be successfully solved by the combined efforts of all types of the Armed Forces based on a balanced combination of defensive and offensive measures with centralized control under the leadership of the Supreme Command and the General Staff of the Armed Forces of the Russian Federation. An important part of such measures is the creation and application of an aerospace defense system.

Currently, work on the creation of the aerospace defense of the Russian Federation is carried out in two main interrelated areas: 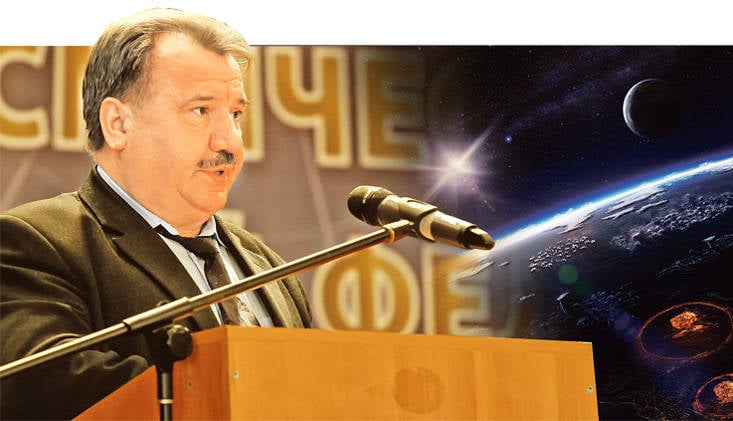 In the course of the research, a comparative analysis of these options was carried out with the aggregation of the tasks of the aerospace defense in three groups.

The first is participation in ensuring strategic nuclear deterrence by timely warning of "decapitating" and "disarming" nuclear strikes and the protection of the strategic management system and the facilities of strategic nuclear forces from them.

The second is the protection of the state border of the Russian Federation in the airspace, the control of the airspace and the prevention of violations of its use. Space control.

The third is the aerospace defense of troops and objects in regions of military conflicts. 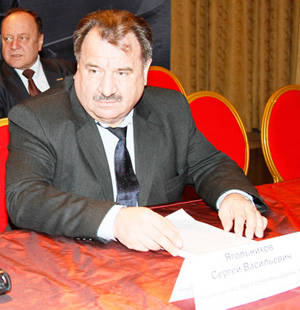 The analysis shows that when creating VKS, the greatest problems exist in solving the first task, since the necessary technical basis in the proposed structures of this type is not immersed, but eroded between different control elements that are not subordinate to each other, and therefore the principle of unity of control is violated responsibility.

Under this option, the forces and reconnaissance assets that will solve this task will be divided between the VKS and military districts, which does not allow creating a unified system of guaranteed opening of the fact of "decapitating" and "disarming" strikes and bringing information about them to state and military authorities.

When solving the task of protecting the state border in the airspace of the Russian Federation according to the first option, the total capabilities of aerospace defense forces and means are higher than the second. This is caused by the appearance in the second version of an additional command and control unit for air defense duty and means - a mixed command post aviation divisions and, accordingly, a delay in bringing commands and signals of combat control.

Analysis of the results of mathematical modeling and evaluation of the effectiveness of combat operations of the aerospace defense and attack aviation groups as applied to the regional war in the South-West strategic direction also shows a significant advantage of the first option over the second.

In these conditions, the preference of the first variant of the structure is due to:

fewer levels of decision-making, providing half the time to bring commands and signals of command and control;
unity of information, anti-aircraft missile and fighter-aviation complexes management, thus achieving optimum target distribution and safe use of fighters in the ZRV fire zones.


Published today in the press proposals for the creation of a new type of the Russian Armed Forces - VKS are at least a delusion of the authors of publications and are due to their poor knowledge (or lack thereof) of the developed technical basis of EKR, priorities of the importance of EKO tasks in ensuring national security, as well as existing capabilities and effectiveness of their decision.


The tasks of information-intelligence support of the Armed Forces of the East Kazakhstan region are assigned to the system of intelligence and warning of an aerospace attack. Its creation requires the solution of a number of military-technical problems, the main one being the problem of detection in the interests of ensuring strategic nuclear deterrence of “disarming” and “decapitating” strikes of strategic cruise missiles, and in the long term - strikes of hypersonic aircraft.

The essence of the problem lies in the limited capabilities of existing systems and means of intelligence, their inability to independently solve this problem with the required quality.

The solution to this problem is possible due to the separation of the system of reconnaissance and warning of an aerospace attack, including in its composition elements of space, air, land and sea basing, which operate on different physical principles. Such a construction of a reconnaissance and warning system for an aerospace attack will ensure that the requirements for the time of issue and the accuracy of the warning information are met. The composition of the reconnaissance assets by echelon should be determined taking into account the nature of the possible actions of the enemy's SVKN, climatic and geophysical features on the specific aerospace direction.

The system of defeat and suppression of SVKN must be able to effectively carry out direct power (fire, functional, interfering) effect on the means of an aerospace attack of the enemy with the aim of their defeat, disabling or neutralizing. To do this, it is necessary to ensure the construction of a layered system of destruction and suppression of SVKN, which influences them on the maximum length of the flight route in aerospace space that is resistant to counteraction from high-precision weapons and EW facilities.

The control system of the aerospace defense of the Russian Federation is a backbone element of the aerospace defense. To improve it, it is necessary to carry out a number of technical measures for the development (modernization) of automation equipment for command posts of various control units, the creation of a unified network for the exchange of real-time data, and the deployment of a system of mobile field automated control centers and communication centers.

In general, the analysis shows that the creation of the technical basis of aerospace defense should be carried out in stages.

At the first stage, complete the ongoing R & D, create the Lead Direction (experimental site) of the East Kazakhstan region system, increase the ability to solve problems in local (regional) wars, protect the Russian state border in airspace and control the use of airspace by supplying advanced weapons and military equipment .

At the second stage - after testing of the Head Direction (pilot section) of the East Kazakhstan Oblast system, complete the creation of the East Kazakhstan Oblast system based on the technical solutions obtained during the ongoing development work, the development of the missing armaments and the serial deliveries of weapons and military equipment.

Organizational construction of the East Kazakhstan region should be carried out after deep scientific study, taking into account the results obtained on the creation of its technical basis.