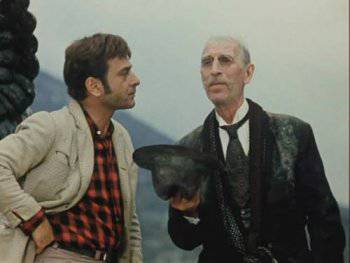 The visit of interim Prime Minister Arseniy Yatsenyuk to the United States was overshadowed by the unexpectedly sad forecast by JP Morgan on the outlook for Ukraine’s GDP in 2014. According to him, instead of the previously expected growth of 0,5%, we are waiting for a decline of 3,2%. Given that last year we reached zero growth, this means a sharp departure in the negative. Therefore, all hope for the best comes down to the size of the operational financial assistance of the West to Ukraine. What actually goes to negotiate Yatsenyuk. The key point of the negotiations is the position of the IMF. The European Commission has already announced that it will not give money until a new loan program is signed with the Fund ...


Like Ukraine, whose population is divided into “pro-Russian” and “pro-European”, so Russia is clearly positioned on “Westerners” and “Russophiles”. This is especially noticeable in Muscovites. The first ones make up the social base of the "belolentochnikov", go to the French cafes "Jean-Jacques" and the restaurants of William Lamberti, criticize corruption and try to protect their offspring from military service. The latter choose places like “Sir” (for the rich) and “Teremok” for the poor, believe Putin, attend church services and get annoyed only by the influx of “guest workers” to Moscow.

These are two very different Russia, each of which is right in its own way, defending views that are opposite in ideology. But almost everyone is united by a feeling of anxiety for the future and the memory of the fears and humiliations of dashing 90s, which in Moscow filled with Chechens, young people with disabilities of the first Caucasian war and nouveau riches like young Tymoshenko, were more tangible than ours.

Therefore, commenting on the forecast of the American investment bank, the largest and most influential in the financial sector, that Ukraine is waiting for, in fact, an economic collapse, none of my Russian interlocutors gloated.

According to local analysts, back in December, they had no doubt that the official forecast of the previous government for this year - the growth of 3% - is unrealistic. Moreover, they did not have confidence that the GDP results for 2013 a year according to our State Statistics Committee (i.e. zero growth) is not an exaggerated figure.

“According to our calculations, you also completed the last year in the red at the level of 1,7-1,9%,” said a representative of one of the major investment companies in Russia in a private conversation. At the same time, he did not agree with the conclusions of JP Morgan, which was caused by three-month protests, problems in the state budget and the introduction of foreign troops.

“Crimea is a recent factor, it has not yet had time to reflect on the statistics,” the expert believes. - The protests certainly influenced, but they also gave rise to the retail sector - by 9,5%. This is almost entirely due to the provision of Maidan and food panic. Construction fell by 14,5%, since it wasn’t at all for everyone to buy apartments, and the industry was at 5%. Such a small figure is due to the fact that the main production facilities were removed from the sites of revolutionary events. Well, and besides, there is the concept of inertia: the technological process cannot be abruptly stopped, there are contracts signed earlier. I think now the fall of the industry will be much more significant. Finally, the most positive news - agriculture withstood stress and increased in 14%. So you will have no problems with food. On the contrary, there may be a problem with sales and overproduction, due to the fact that the Russian market will be largely closed for Ukrainian goods. ”

It is curious that Russian investors, who consider themselves to be part of the “Westerners faction,” have more optimism about Ukraine’s immediate prospects than Russia. Despite the fact that they also have even more gloomy forecasts of independent banking structures, which (first of all, European ones) predict a drop in GDP in 2014 over 7% (!).

“There is nothing wrong with that,” said my interlocutor, “in 2009, against the background of the crisis, your GDP collapsed by 14,8%. But in the end, Ukraine somehow survived. Obviously, she has a chance, as it did after the Orange Revolution, to receive a whole range of preferences from the West. Then she failed to dispose of them. Maybe the second time you get better. ”

At the same time, the Russians note, on the contrary, Russia is entering a strip of economic and political isolation. “It will be very difficult for us to keep investments and partnership with the West in these conditions. Clients constantly call me and ask what they should do if Western banks stop issuing deposits to Russian citizens, commercial transactions are inhibited, and access to private property in Europe and the US is blocked by abolishing visas, ”said an investment company representative, finishing his coffee“ Starbax »In one of the many American coffee houses in Moscow.

However, there is another opinion. And the people who express it are no less successful and intelligent than their colleagues quoted above. “I was amused very much by the comment of one of our commentators, who admired the flawless English pronunciation of your Arseny Yatsenyuk and set it as an example to Russian officials. I told him that in Russia, every third official speaks English, but that does not mean anything. Kisa Vorobyaninov also begged for alms in several languages. This is actually what Ukraine is doing now, ”said a representative of another well-known Russian financial corporation in a private conversation.

He says that his specialists have already analyzed the first steps of the new Ukrainian government in the economic field. And they came to the conclusion that, despite the declared willingness to make any concessions to the IMF in terms of gas tariffs or budget cuts, conflict with business is inevitable and is approaching at the speed of a hurricane.

“The Ukrainian press, busy counting the promised financial assistance, somehow missed the fact that the new government team had returned to the idea of ​​reimbursing VAT with modified financial bills. Although they had previously criticized their predecessors (the financial unit of the former Cabinet of Ministers) for non-transparent bill of exchange schemes, my interlocutor notes. - Moreover, in February, VAT refunds dropped sharply. In the behavior of Ukraine is seen an attempt, without declaring a default, to evade the fulfillment of obligations under loans. Both public and private. Now we hear about, for example, that the agreements with Russia are invalid and you can not give back the debts of Russia. Including private business (banks), redeeming Eurobonds.

But it is not a secret that Russian structures that bought Eurobonds, as a rule, are not national in terms of their capital, but transnational. Thus, trying to "throw" the Russian Eurobond holders, the new team can seriously hurt the American or European companies that are the parent structures of investment funds. "

It is with these factors that Moscow financial analysts explain the slowness with which the West in practice gives us the help promised in words. More precisely, not yet issued. As the vice-president of the European Commission, Olli Rehn, said, the first tranche of financial aid to Ukraine from the European Union will be received only when the authorities agree on a new loan program with the International Monetary Fund.

“One of our aid channels is macroeconomic aid with a volume of 1,6 billion euros in support of stabilization and economic reform. The first tranche of this assistance could be immediately allocated as soon as an agreement is reached with the IMF and as soon as Ukraine begins serious economic reforms, ”said Rehn.

Agree that these words are somewhat contrasted with the statement of Arseniy Yatsenyuk that the EU will give Ukraine $ 2 billion. Similarly, one should not fall into the euphoria of the decision of the European Commission unilaterally to reduce customs duties on Ukrainian goods. Now it must be finally approved in the Council of the European Union and the European Parliament.

The essence of the preference is not to wait for the creation of a free trade zone between the EU and Ukraine and to introduce in advance a section on tariffs using trade preferences. In particular, we are talking about the fact that Europe is unilaterally ready to reduce or eliminate customs duties on goods produced in Ukraine, but only for a limited period of time - until November 1, 2014. Then the Agreement on a free trade zone between Ukraine and the EU will be signed and will take effect.

At first glance, Brussels gives Kiev a royal gift. Judge for yourself - all existing tariffs for manufactured goods will be immediately removed from 94,7% of products. For the remaining types of goods (some chemical products, etc.) tariffs will be reduced. For agricultural goods and food, the lion’s share of exports will be granted immediate and unlimited preferences, and duty-free tariff quotas are provided for the remainder. But as you know, the devil is hiding in the details.

According to experts, those exporters who already work for the European market will be able to benefit from benefits. Yes, customs taxes were removed, but nobody canceled certification, and the lion’s share of Ukrainian products is not certified for the European market. Agricultural companies that supplied grain to Europe, of course, benefit. But for the most part these are joint ventures with transnational capital. And the question of where they pay basic taxes - in Ukraine or in Europe - is the key here.

But this is not important. Everyone understands that the European benefits - this is compensation for Ukraine losses from the reduction of trade with Russia. By reducing tariffs, Ukrainian exporters, according to calculations by Europeans, will save about 500 million euros, of which almost 400 million euros fall on the agricultural sector. At the same time, only in January, Russia reduced the import of Ukrainian goods by more than a third, to $ 698,3 million. If such dynamics continue, then in 2014, Russia will buy Ukrainian goods by no more than $ 8,5 billion. successful for mutual trade 2013 year, Ukrainian exports to Russia amounted to $ 15,1 billion. This is the question of losses and acquisitions on the way to the transition to a targeted European integration.