Ex-Director of the CMVM is charged with new charges 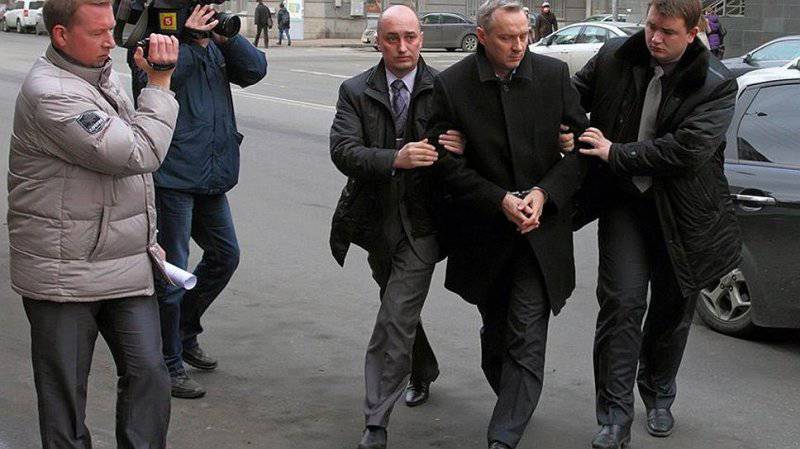 The Investigative Committee of the Russian Federation brought a new accusation against the ex-director of the Central Naval Museum (TsVMM) to Andrei Lyalin - abuse of power, taking bribes and official forgery. Previously, the former head of TsVMM, together with the owner of NEVISS-Complex, Alexander Shvirikasov, was accused of fraud: their actions, according to the results of the investigation, caused damage to the state in excess of 400 million rubles.


A new twist occurred in the criminal case on embezzlement of budget funds allocated for the relocation of TSVMM, the government contract for which in 2010, the Ministry of Defense entered into with NEVISS-Kompleks LLC in St. Petersburg. Under the terms of the contract, merchants had to not only transport the exhibits of the museum, but also place them in a new place. After the conclusion of the contract, the military transferred to the contractor 300 million rubles first, and then about 700 million rubles more within a year. The basis for the payments were the acts of acceptance and transfer of completed works, signed by the museum director Andrey Lyalin.

However, when checking the execution of this state contract, the Accounts Chamber of the Russian Federation found violations. In particular, as the investigation concluded, the merchants received money for the work not done, which caused damage to the state in excess of 400 million rubles. A criminal case was initiated under Art. 159 of the Criminal Code (fraud committed by an organized group). The TFR has brought to criminal responsibility the director of the TsVMM Andrey Lyalin and the owner of the “NEVISS Complex” Alexander Shvirikasov, who was charged with fraud. After that, Andrei Lyalin was arrested, and his alleged accomplice remained free.

Initially, the head of the museum denied involvement in the crime, but then decided to conclude a pre-trial agreement on cooperation. Within its framework, he stated that high-ranking officers of the Ministry of Defense had verbally ordered him to demand a ten percent rollback from Shvirikasov for an upward transfer. At the confrontation with Lyalin, the merchant stated that he had handed over 56 million rubles to the head of the TsVMM, while the head of the museum himself spoke only about 15 million rubles.

The other day, the TFR reclassified the accusation against Andrei Lyalin - now he is charged with abuse of office, taking bribes and official forgery. According to defender Lyalin Alexander Afanasyev, fundamentally new evidence has not appeared. According to investigators, in order to commit a crime, Lyalin took advantage of incompetence in moving museum exhibits by the Deputy Defense Minister and State Secretary Nikolai Pankov, who, according to unofficial data, verbally handed over all powers to the museum director. Thus, the reclassification of the charges is in fact derived from the investigation of high-ranking military officers, the possible prosecution of which was previously announced by lawyer Alexander Afanasyev. The ex-head of the CMVM does not admit guilt in the acts incriminated to him.

Meanwhile, Alexander Shvirikasov argues that "the accusation against Andrei Lyalin was reclassified correctly: there was no group fraud, since there was no group". A businessman testified that Andrei Lyalin personally forced him to pay a bribe. However, while the merchant remains accused of group fraud. Now the investigation has to decide whether to charge the businessman or retrain him.

This история negatively responded to "NEVISS-Complex". For example, the Bonch-Bruyevich University of Telecommunications, at the end of 2012, fully paid the contractor for the construction of a new building (1,2 billion rubles), in December 2013 announced the termination of the contract and is now trying to recover the penalty for unfinished business from NEVISS Complex. The Russian National Library (NLR) is seeking the termination of two contracts with a company worth 3,4 billion rubles, paying them for unfinished 2,5 funds storages billion rubles. Note that the arbitration court is a bankruptcy case "NEVISS-Complex", which declared about 50 creditors.

Ctrl Enter
Noticed oshЫbku Highlight text and press. Ctrl + Enter
We are
Director of the Central Museum of the Russian Navy arrestedCorruption of big stars
Military Reviewin Yandex News
Military Reviewin Google News
Add a comment
Information
Dear reader, to leave comments on the publication, you must sign in.