Sailor from “Hetman Sagaydachny”: We went on a hike from one country, and came to another 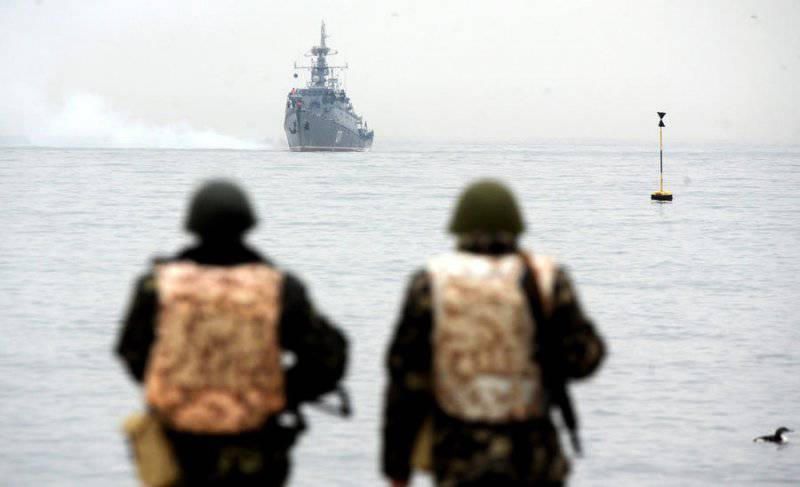 Ukrainian military continue to leave their units. On the eve of one of the contract sailors with the help of parents left the flagship Naval Forces "Getman Sagaidachny." In an interview with RT, Maxim Knyazev and his father spoke about misinformation in the Ukrainian army and the desire of many military to serve under the Russian flag.


Sailor Maxim Knyazev says that the military in Ukraine is being imposed on the Russian invasion of Ukraine, and the crew of the Hetman Sagadaychny was constantly misinformed.

“When we went on a hike, went from one country, and came to another. In Greece, Rear Admiral Tarasov told us that Russia thrust us a knife in the back, that Russia is seizing the Crimea, Ukrainian units. When we entered the Black Sea, the ship’s broadcast to us, Rear Admiral Tarasov, said that the cruiser "Moscow" was waiting for us, and that he would provoke us and, possibly, would open fire on us. On the ship, they didn’t tell us anything about the situation in the country, they only said that Russia is seizing the Crimea, ”says Maxim.

According to Maxim, he does not want to fight against the Russian army, which he had long wanted to quit and return to the Crimea, but the command did not give him that opportunity.

“When we returned to Ukraine, I called home and they told me the whole truth. As soon as I arrived, I got registered in Sevastopol. They called from the ship, said that they would start a criminal case, that they should return, that they want to solve it normally, that they would fire me. But when I myself asked to be fired and sent to the Crimea, they just smiled. The crew is misinformed constantly, ”- continues Maxim.

“They also say that America will help them, they are about to come to Ukraine, we will unite and fight against Russia. I think that they will deal with this situation in Kiev, and with these current fascists. There are people on the ship who want to return to the Crimea, who do not want to serve Ukraine. But all their attempts to leave this military unit in every possible way are stopped. They are told that it is impossible, that now there is some kind of "martial law". Which is not! And that is impossible to quit, "- says the sailor.

Father of the sailor Igor Knyazev told RT that he feared for the fate of his son, who became an instrument in the hands of people who came to power as a result of unrest and a coup d'état.

“In the current situation in the country in which the pro-fascist forces came to power through an armed coup, where the existing president is not considered the president, some people appear who fulfill his duties, laws are taken in bundles, where people who participated in the riots are appointed presidents ... In this situation, I did not want my son to be a tool in the hands of these people. We made a decision at the family council: the son should be taken away. We developed an entire operation, and we managed to pick it up from Sagaidachny, ”says Igor Knyazev.

Recall that in the morning of March 2 Ukrainian media reported that the crew of the flagship of the Ukrainian Navy "Getman Sagaidachny" refused to comply with the orders of the new authorities in Kiev and announced the transition to the side of Russia. After joint military exercises with NATO in the Gulf of Aden on the ship, the St. Andrew's flag was allegedly raised. Later it turned out that the information was not confirmed.