Wargaming launches its own magazine

March 12 2014
1
The article is posted on the rights of information cooperation.


The main topics of the publication will be people, games and история

11 March 2014 - Wargaming has announced the launch of its own online magazine Let's Battle, the first issue of which can be downloaded for free now. The electronic edition tells about the games of the company, their creators and military history, inspiring the developers of Wargaming.

“Glossy magazines with well-chosen articles are as popular as, and sometimes even ahead of, short articles on news sites, - says Alexander Shilyaev, director for global operation of metagames and service applications at Wargaming. “Let's Battle combines the quality of printed periodicals and the interactive capabilities of tablets, allowing us to fully, accessible and interesting to talk about how the company lives.”

In Let's Battle you can read exclusive interviews with developers and producers of Wargaming; learn about the latest updates and plans for the development of your favorite project from game designers; explore interactive game guides, immerse yourself in the atmosphere of legendary military battles, and learn about the latest online and offline events organized by the company.

In the first issue of Let's Battle:

interactive guides for playing on mediums tanks and on urban maps;
material on the tactics of the conduct of aircraft combat;
exclusive information about the military strategy of World of Warships;
reviews of the new World of Tanks functionality and the line of Japanese tanks;
World of Tanks news: Xbox 360 Edition
an illustrated story about the key battles of the Second World War - the Battle of Kursk and the Battle of the Mariana Islands;
interview with one of the creators of the World of Tanks project, Peter Bityukov.
The magazine is available on Android and iOS devices.

You can learn how the idea of ​​creating Let's Battle arose from the official blog of Wargaming. 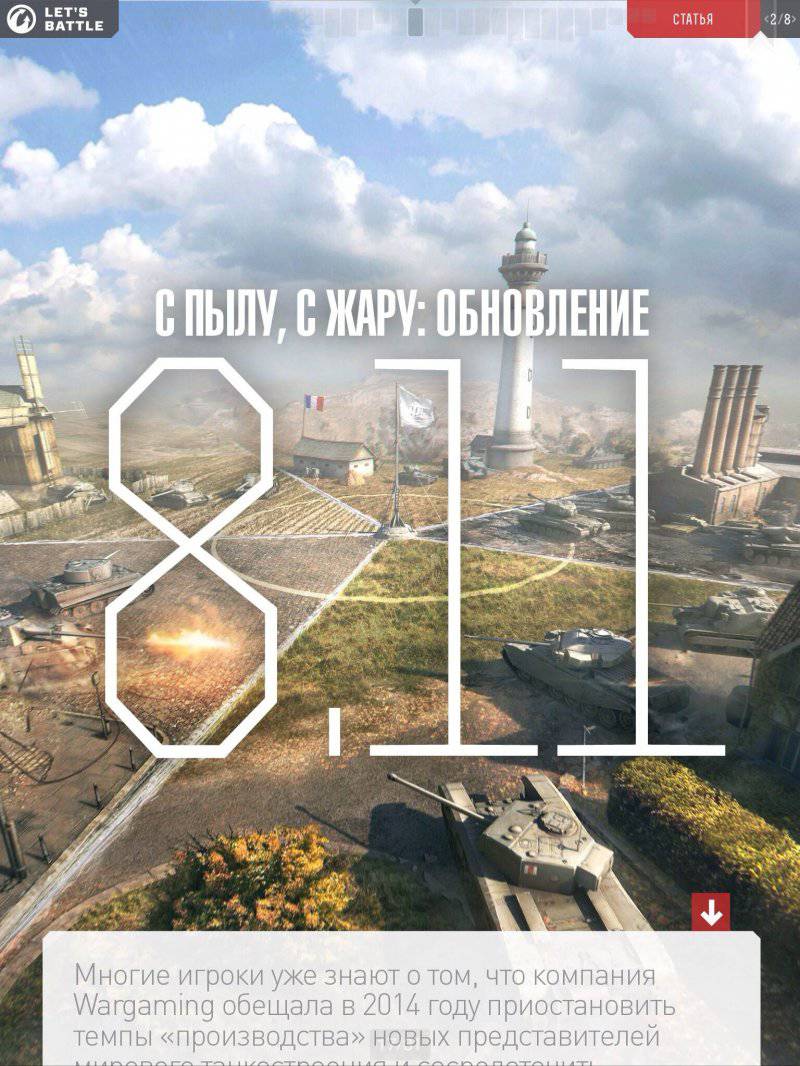 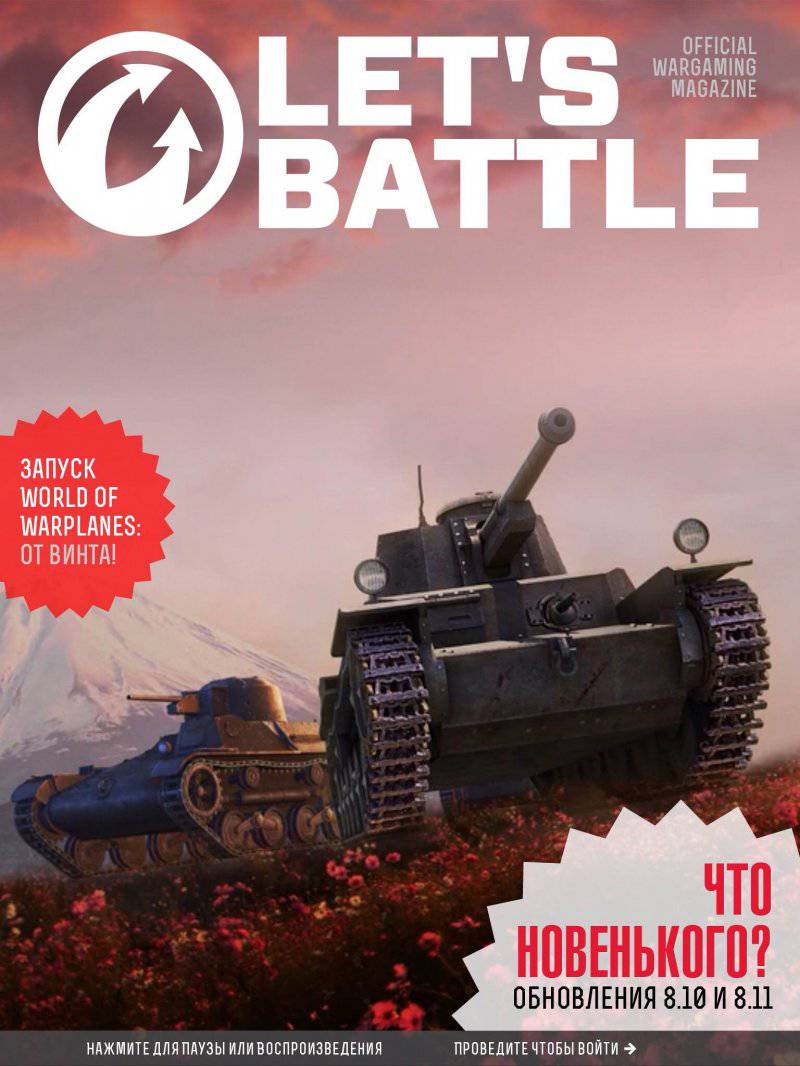 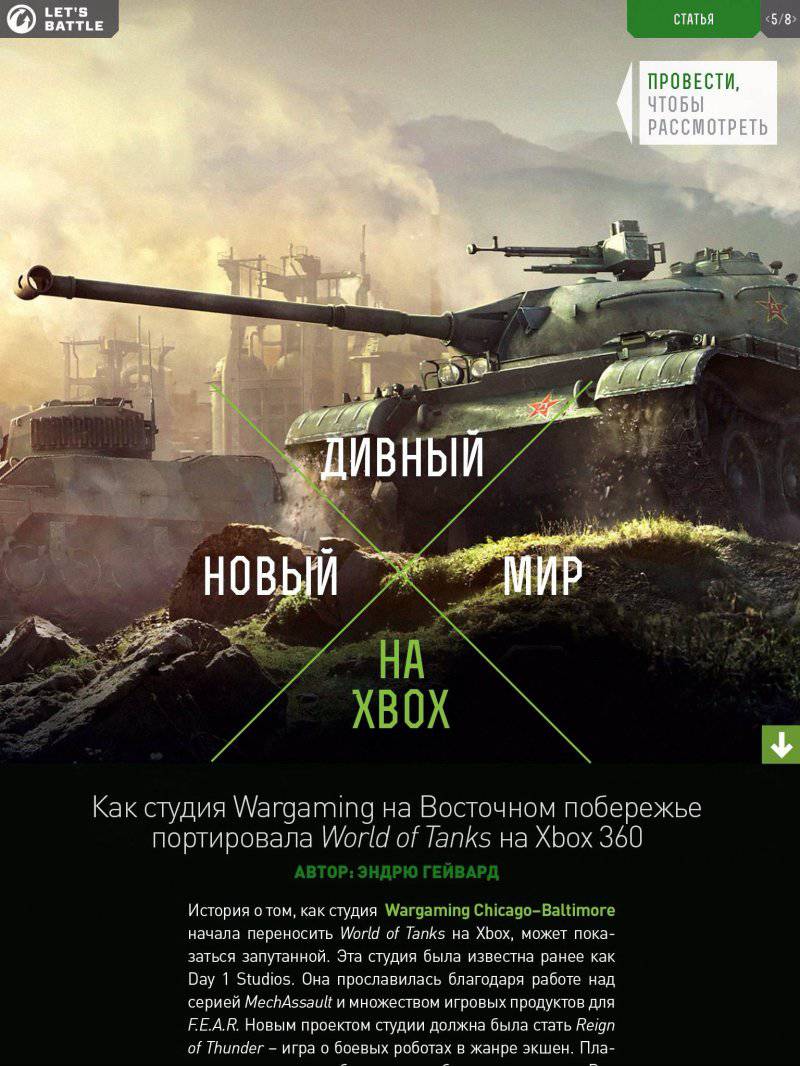 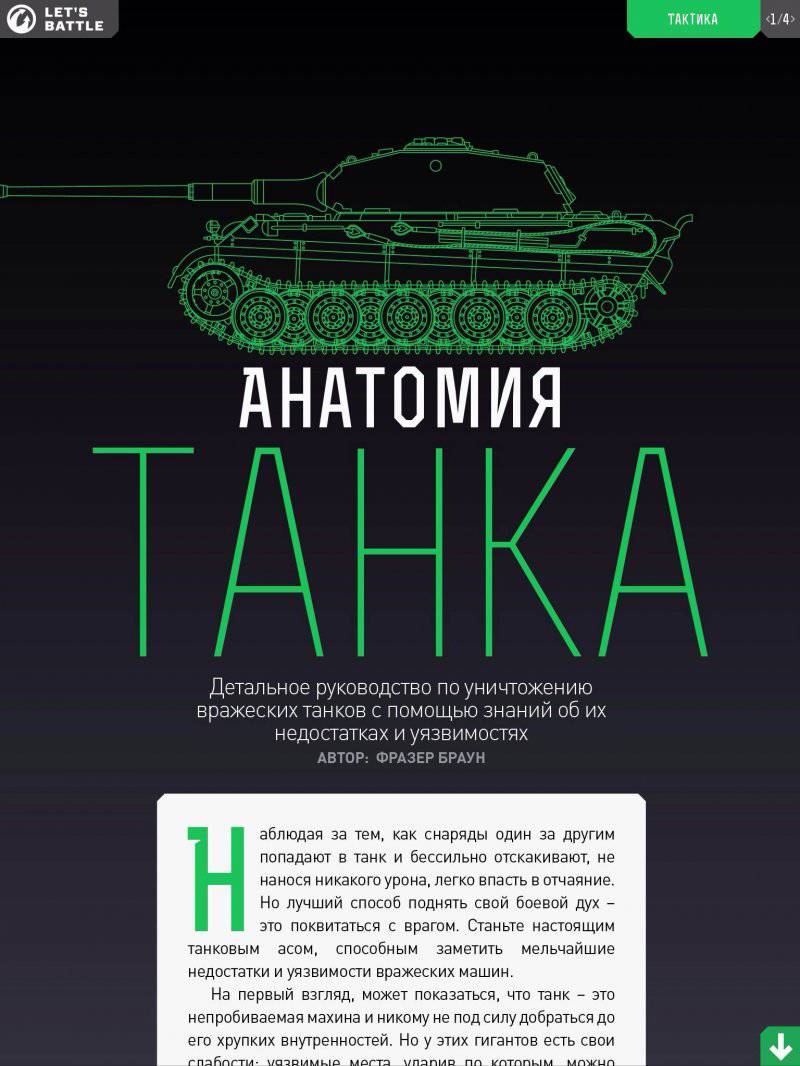 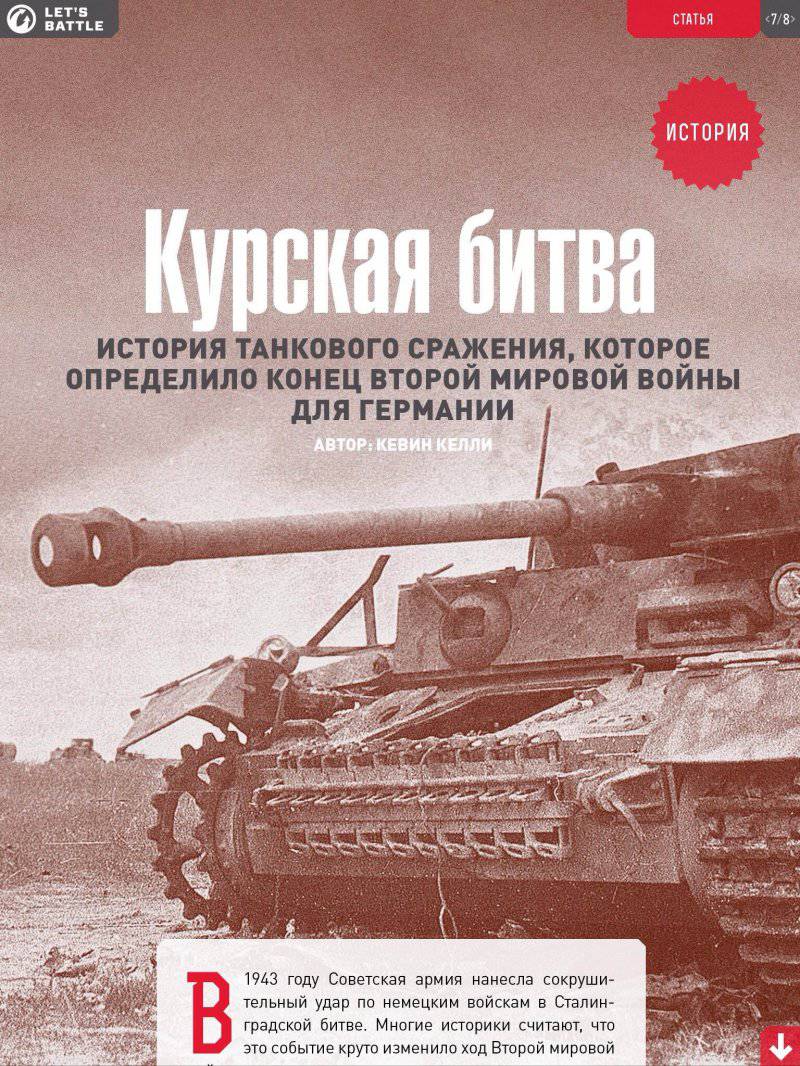 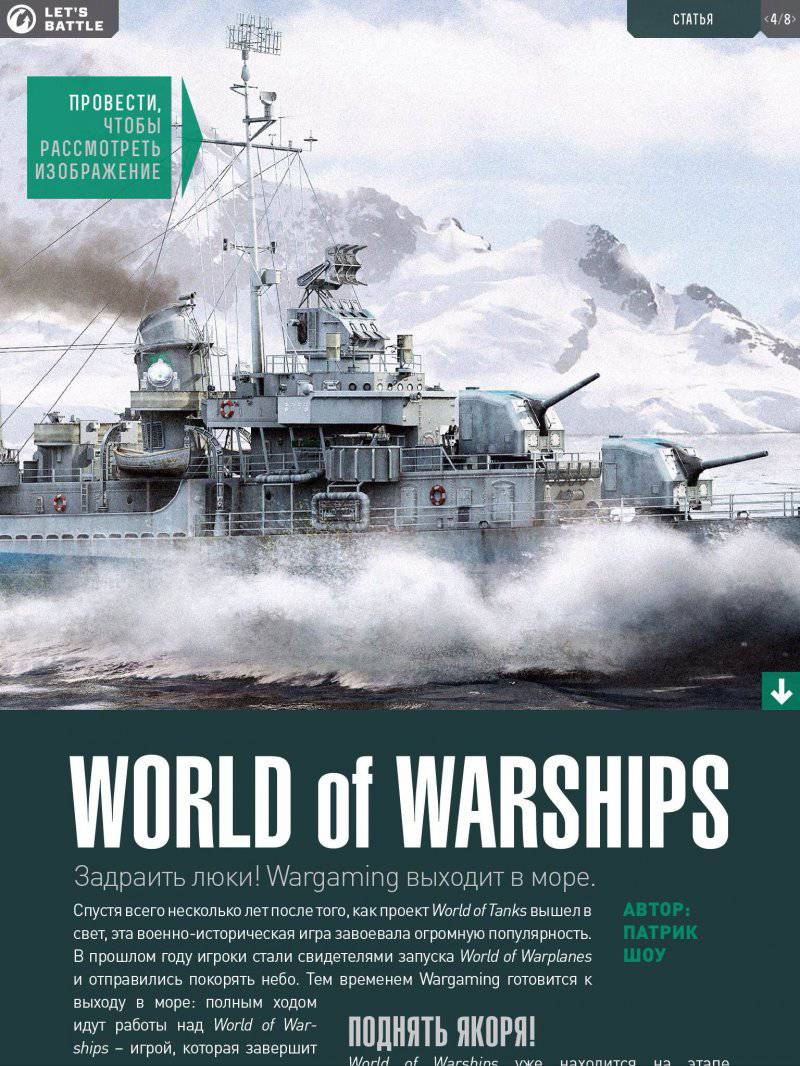 Ctrl Enter
Noticed oshЫbku Highlight text and press. Ctrl + Enter
We are
President of the Federation of Tank Biathlon A.N. Stolyarov: “The creators of World of Tanks are going the right way”Unity team - winners of the second season of Wargaming.net League Gold Series
Military Reviewin Yandex News
Military Reviewin Google News
1 comment
Information
Dear reader, to leave comments on the publication, you must sign in.