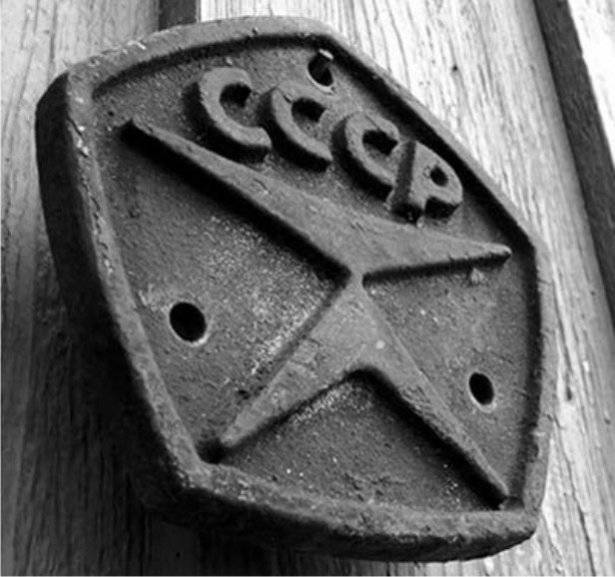 Surely, many people remember how in the times of perestroika, Western smuggled goods like chewing gum, sneakers and jeans were valued. And the owners of imported tape recorders, televisions and video recorders were objects of universal envy. The quality mark of the USSR was a confirmation of the highest quality of goods, but what a sin to conceal, in the sphere of consumer goods and household appliances, the USSR was inferior to capitalist countries both in quality and quantity. This is due to the fact that the priorities of the country's industry were the tasks of defense and development of the national economy, and in these areas we were ahead of the rest.

After the collapse of the Soviet Union at the beginning of the 90s, consumer goods from the West rushed into Russia. Gum, "sneakers", spirit "Piano", "Coca-Cola", "Marlboro", jeans and sneakers "Adidas" became available to all. Despite the impoverishment of the population, many, postponing money for years, became the owners of the coveted Japanese two-cassettes, telephones and video players, and especially enterprising citizens got used cars.

Domestic products could only compete due to their low prices. But here the first and most significant blow was dealt to the domestic manufacturer. It was inflicted by consumers - by its contempt for everything domestic, “sovokomu” and admiration for imported brands and labels. The second blow was the destruction of cooperative ties between the production and suppliers of components, raw materials, etc., found themselves in new economic conditions and often on different sides of the borders of the states formed from the former Soviet republics. As a result, many industries did not withstand these blows and ceased to exist. The same fate befell agriculture and the military industry, which suddenly became unnecessary in the new liberal democratic realities. The collective farms were abolished, and only a few of the enterprises of the military industrial complex survived, interrupting themselves with export orders.

In the 2000-e years much has changed. Incomes and consumption opportunities of the population increased compared to 90-mi years, and most of the needs were met: the population appeared tape recorders, televisions, Vidic, washing machines, computers, cell phones, cars, etc. Many have even embarked on the western path of superconsumption: when a thing is bought, not because it is necessary, but because it is possible to change the model to a newer one, not always much better technically, but usually with a more stylish and trendy design or a more prestigious brand. .

In the same 2000-s, domestic production gradually began to rise from the ashes, somewhere on the basis of Soviet enterprises, somewhere from scratch. People began to produce something, because the Soviet legacy is not so easy to destroy. The Soviet education system was preparing from a human creator, and not a thoughtless consumer, who does not wonder where things he consumes comes from. It was thanks to this intellectual groundwork, which the Soviet educational system put into the minds of people, that production and agriculture began to recover - despite the destructive policies pursued by the authorities.

By the middle of the 2000s, government officials thought about restoring production, mainly in the light of the problems of food, economic and military security. Finally, it was understood that the enemies who became “partners” did not treat us better, but only changed the levers of pressure from the military to economic. Efforts were made to restore the destroyed chains of cooperation, mainly in the defense industry, and other necessary (but still insufficient) steps were taken. An increasing percentage of foodstuffs was produced in Russia, although often with imported equipment and foreign technologies. Assembly production of cars and household appliances were also organized in Russia. The second phase, which continues to this day, is the development of instrumental and engineering production. This is necessary for the full cycle of manufacturing goods and mastering all technological processes: when both the design, and the creation of equipment for the production of components, and the final assembly will be carried out at domestic enterprises. The third phase (in connection with the transition of foreign "partners" from soft forms of economic pressure to direct economic aggression in the form of trade wars and the imposition of sanctions) should obviously happen nationalization of financial assets of enterprises owned by foreign investors, or expropriation, followed by privatization domestic shareholders.

For an increasing majority of the country's population, goods produced in Russia are becoming more and more attractive. This is especially true of food. It came to people that imported food products are made using a large number of different food additives, preservatives and dyes, designed to improve the appearance and shelf life of the product, but often unhealthy. Therefore, the demand for natural products is growing, and the demand for various semi-finished products and fast food has a tendency to decrease. There has also been a turning point in the field of industrial goods, thanks to changes in the mass consciousness and waste from well-known stereotypes (domestic goods are supposedly inferior in quality and less prestigious). Not in all areas, of course, the domestic manufacturer has caught up with the foreign one, especially with regard to automobiles and electronics. But on these fronts there is progress and a good start. Most importantly, the stereotype “domestic = bad” is a thing of the past.

The West has returned to waging a cold war against us and is putting economic and military-political pressure on our country. In light of recent events, this is already obvious. In this regard, the duty of every patriotic citizen is to make a feasible contribution to the development of the economy of the Motherland and cause economic damage to the enemy.

1. It is necessary to abandon superconsumption, which is expressed in the purchase of goods not due to necessity, but following fashion, advertising, the desire to become the owner of a well-known brand, etc.

2. Do not take consumer loans that stimulate overconsumption.

3. If you have free means, then it is better to invest their organization of their own production, in scientific research, in their own education, in the education of their children, in expanding their horizons through traveling and communicating with new people, rather than spending them on overconsumption and senseless pursuit of fashion and brands .

4. Support domestic producers by buying Russian products and goods. If possible, completely abandon the purchase of imported goods, and if there is no domestic alternative, then buy products manufactured only by countries that are friendly or even neutral to us, for example, goods from the countries of the Customs Union, South Korea, China, India, Vietnam, Brazil , Argentina etc.

6. To carry out explanatory and ideological work among relatives, friends and colleagues on the topic of how important it is to follow these rules in the current economic and geopolitical conditions.

Ctrl Enter
Noticed oshЫbku Highlight text and press. Ctrl + Enter
We are
About Stalin and KhrushchevList of destroyed the largest and most high-tech enterprises
Military Reviewin Yandex News
Military Reviewin Google News
55 comments
Information
Dear reader, to leave comments on the publication, you must sign in.