Soviet mortars during the war. Part 2 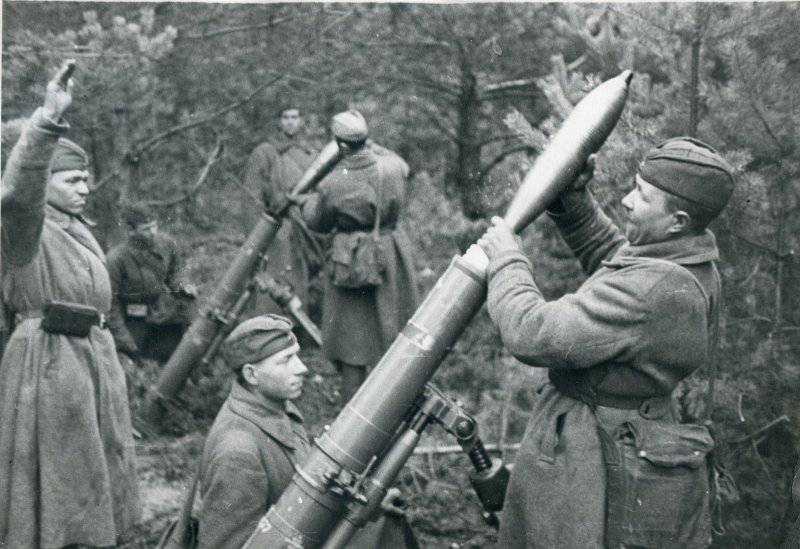 In addition to relatively light mortars intended mainly for the defeat of manpower, in the USSR in 30-s was the development of mortars capable of destroying long-term firing points and shelters.


In 1939, the arsenal developed in KB BI was adopted for armament of units operating in mountainous conditions. Shavyrina 107-mm regimental mountain-mortar mortar arr. 1938 d. However, mass production of mines to an 107-mm mortar was only established at the start of the 1941 year.

The mortar barrel consisted of a pipe and screwed breech. The shot was made in two ways: by the action of the percussion mechanism of the firing device, which was cocked after the mortar was loaded, and by the samonakol of the mine when lowering it into the bore of the barrel.

The mortar was unsprung, consisting of a frame, two wheels and a spares kit. The front end is designed to carry 20 final equipped mines in trays and for traction wheel travel. The front with the wheel of the mortar was transported by horse-thrust with the help of a four-box sled. A wheel drive with a front end ensured good mobility on flat and sharply intersected terrain. 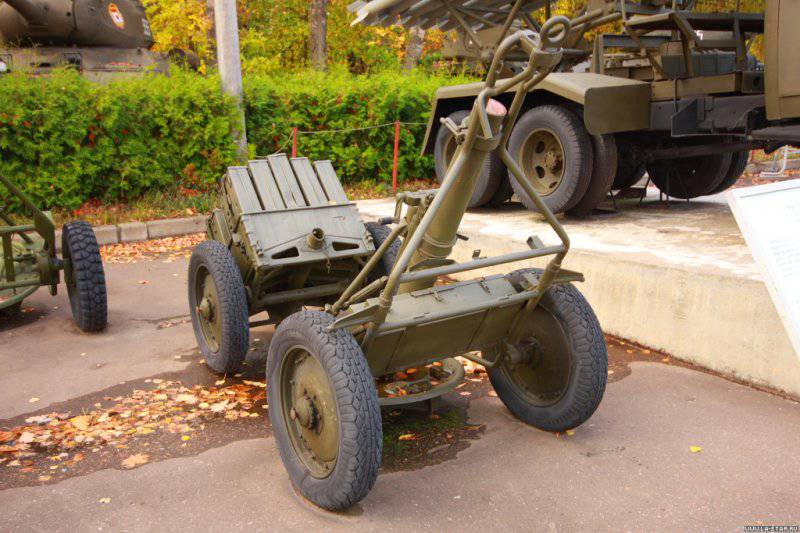 For the transportation of the mortar, a truck was also used with special body equipment for loading the horse-drawn course with a mortar and 24 mines into park laying boxes, in addition, a mortar crew was getting into the car body.

Each mortar was supplied with a set of horse packs with styling devices (13 packs for each mortar). On the sections of the road that allow movement on wheels, the mortar was to be transported on wheels with a front end, and along mountain trails - on packs. 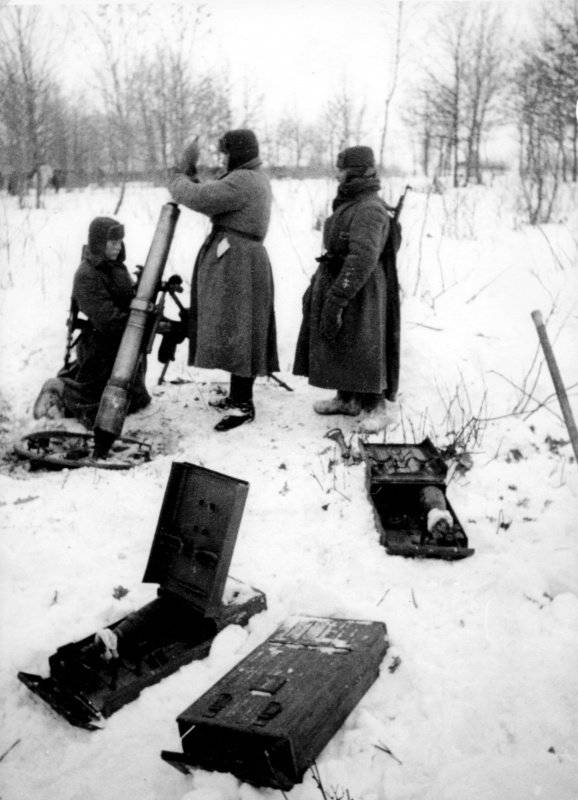 In January, 1940, the troops began to receive 120-mm regimental mortar arr. 1938 d. It was also developed under the guidance of B.I. Shavyrina. 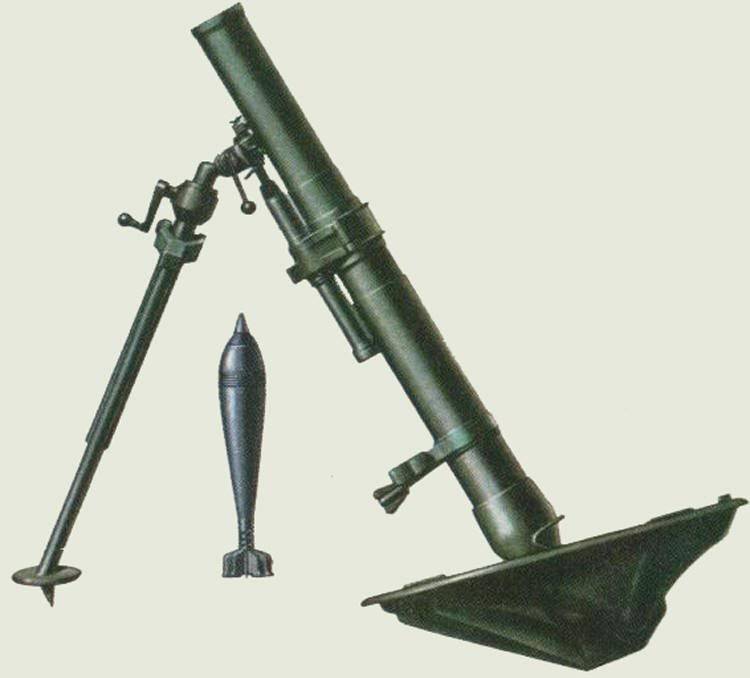 The mortar had a detachable wheel travel, enabling the four horses to be towed or a truck (with speed limit due to a simple rigid suspension), or loading into the body. The same wheel travel allowed the mortar to be rolled by the forces of calculation, which was unusual for an artillery system of such power.

The shot was made by impaling a capsule under the weight of a mine, or with the help of a trigger mechanism - for safety reasons when firing powerful charges. The charge was located in the mineshank. To increase the range, there were additional charges in fabric cards, which were manually attached to the shank.

By 120-mm mortar was created a wide range of ammunition. The main was considered 15,9 kg high-explosive mine containing 1,58 kg of TNT. There was also a 120-mm mine "large capacity". The weight of such a mine was 27 kg, and the weight of the explosive (8 kg) was twice the weight of the explosive in a conventional 120-mm mine. In the soil of medium density, such a mine made a funnel with a depth of 1,5 m and a diameter of 4,0 m. In addition to high-explosive fragmentation mines, various types of lighting, smoke and incendiary mines were produced.

By 1941, each rifle division had 12 120-mm regimental mortars in its composition (on a battery of 4 mortars in the rifle regiment). On 1 June 1941, the Red Army was armed with about three thousand 120-mm mortars.

Already the first fights showed that a powerful 120-mm mortar is not only “weapons close combat ”, as the instructions said, but also a valuable firepower for infantry, especially with a shortage of artillery. Regimental mortars not only destroyed the enemy's manpower and destroyed his fortifications, but also repeatedly participated in repelling tank attacks. Of course, a direct hit from a mortar into a tank is unlikely, but with a close burst of 15,9 kg of a mine, its heavy fragments are capable of penetrating the side 30-mm armor and turning the chassis of the German PzKpfw III and PzKpfw IV medium tanks. In the case of a direct hit, the upper armor plate of the tank, as a rule, broke through. After being hit by massive fire with powerful 120-mm mines, the nerves of the German tankers often could not stand it, and the tanks turned back.

Soviet regimental mortars were appreciated by the enemy, several hundreds of captured 120-mm mortars consisted in the Wehrmacht in service under the designation GrW 378 (r). 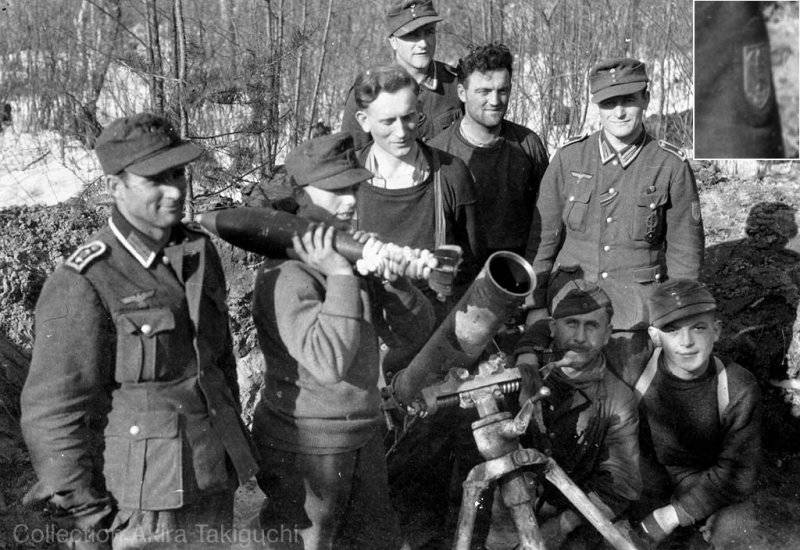 German mortar clone arr. 1938, put into mass production at the beginning of 1943, after studying Soviet trophy samples and trophy documentation, was in service with the Wehrmacht under the name 12-cm Granatwerfer 42. The ammunition was interchangeable than the opposing sides successfully used. 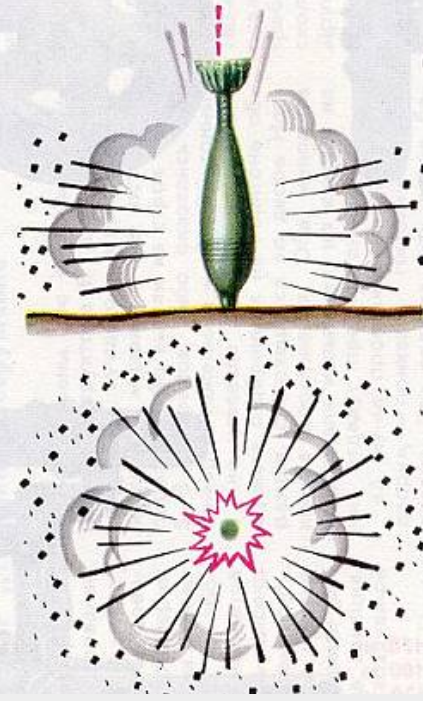 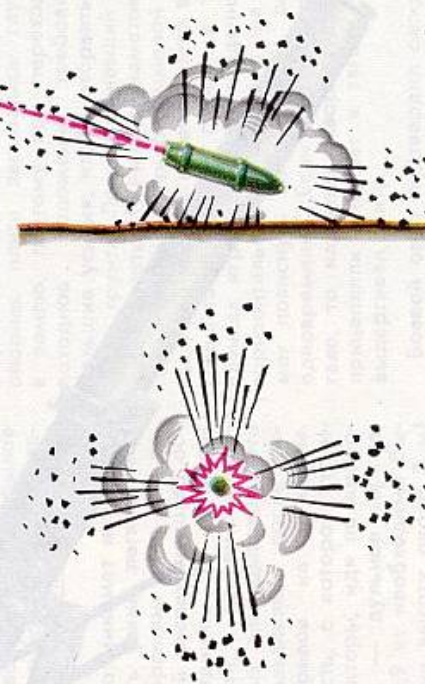 Despite the fact that the 120-mm mine was inferior in weight to the 122-mm howitzer projectile (15,9 kg versus 21,76 kg), the fragmentation effect of the shelling mine was significantly higher. When the projectile was broken, about half of the fragments went into the sky or into the ground.

After the beginning of the war, a simplified 120-mm mortar mortar was produced to compensate for the huge losses. 1941
Conducted comparative tests of a simplified mortar with a regular sample. 1938 showed that the simplified mortar is not inferior to the standard in combat performance, and even surpasses it in some indicators.
The launch of the mortar at the end of the year 1941 allowed on the same equipment to increase the production of mortars 1,8 times. The complexity of manufacturing was reduced by almost half, the consumption of materials - by 26%.

In 1943, the design team of the serial plant under the leadership of A. A. Kotov carried out the modernization of the structure, and the 120-mm regimental mortar of the model 1943 of the year was adopted. 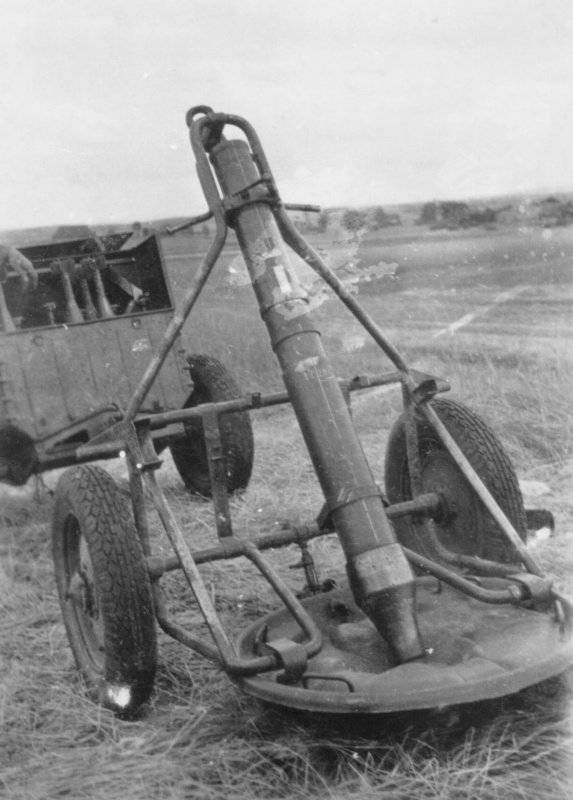 Significant changes undergone mortar barrel. The design of the firing mechanism built into the breech barrel was simplified. In addition, if earlier, to replace a broken striker, it was necessary to disassemble the mortar and screw the breech from the barrel, then the new design of the firing mechanism allows replacing the striker without disassembling the mortar, which is especially important in a combat situation. 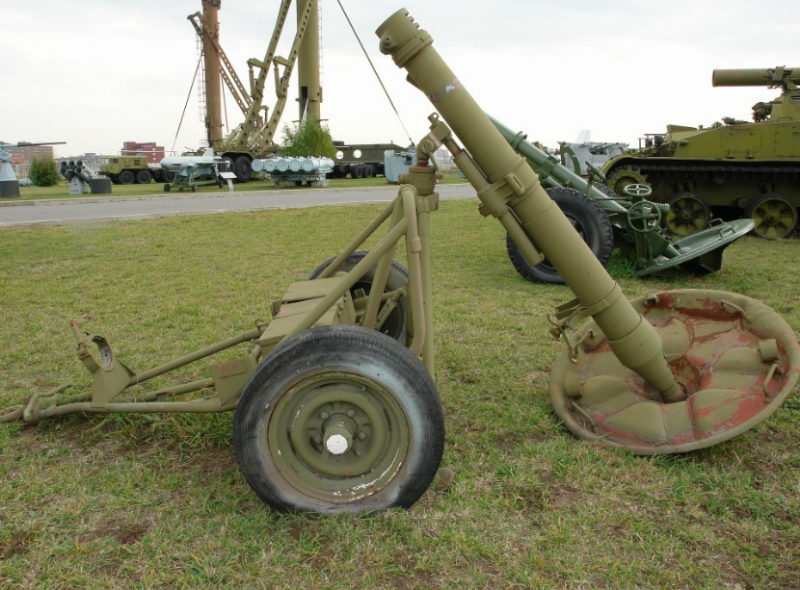 Another experience in the design of the barrel was also due to the experience of combat use - a double-loading fuse was installed on its muzzle. The fact is that a well-trained calculation can be fired from a mortar with a very high rate of fire. A well-known calculation of a mortar, made up of the Shumov brothers, shot so that there were eighteen mines in the air at the same time. This means that when the first mine is torn at the enemy’s positions, the twentieth mine is lowered into the barrel, and eighteen are already flying at the enemy.

At this rate of fire in the troops, there were cases when another mine was dropped on the remaining mine in the trunk as a result of a misfire. The explosion of two minutes meant the inevitable death of the calculation. For a long time, such losses were attributed to a direct hit by an enemy projectile, until one of the miraculously surviving commanders of the crew told about the case of double loading. For mortars of caliber 82-mm and 120-mm, a fuse design was urgently developed, the metal flag of which prevents the second mine from being lowered into the bore of the mortar. The 120-mm mortar of the 1943 model of the year was already produced with such a fuse.

120-mm regimental mortars proved to be excellent at the front, but after the Red Army seized the strategic initiative and the transition to offensive operations, a more powerful mortar was needed to destroy the long-term fortifications.

The difficulty of creating a large-caliber mortar was that when using the well-proven 82-120 mm mortar with an imaginary triangle with loading from the muzzle, it was necessary to develop a device for feeding mines weighing more than 40 kg up to 3 m and loading mortar. Due to the large weight, such a system inevitably lost its advantages over conventional artillery guns. For this reason, a group of designers under the leadership of I.G. Teverovsky only in 1943 was able to create a fairly simple, easy and convenient to use 160-mm mortar. 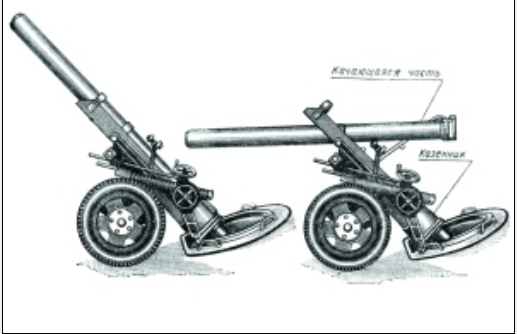 Due to the fact that the high height of the barrel does not allow charging the mortar from the barrel, the mortar is made breech-loading. To open the barrel when loading and locking it at the moment of firing, the barrel is divided into a swinging part and a breech. It was enough one turn of the handle - and the swinging part of the trunk took a horizontal position for loading. After the mine was sent to the barrel, this part returned to the shooting position under its own weight.

The obturation of powder gases is provided by the introduction of a short sleeve with means of ignition into the set of shots. The mortar's carriage, which is the base of the mortar in combat and traveling positions, also has an original design. It is equipped with a sprung wheel motion, which is not separated during firing. 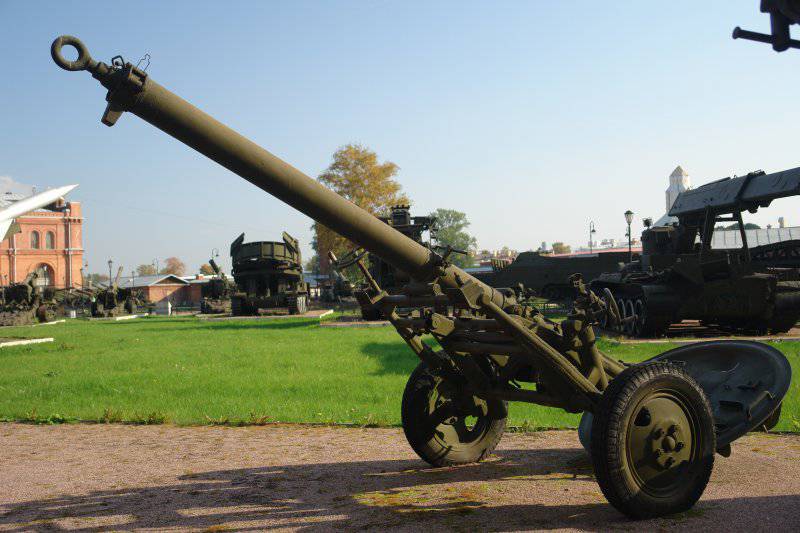 The carriage collected rotary lifting and balancing mechanisms, as well as sighting devices. To speed up the development of a mortar in the production of its base plate is created on the basis of the base plate of a regular 120-mm mortar arr. 1938 g. A steel shell welded by additional stiffening ribs was welded along the perimeter of this plate. 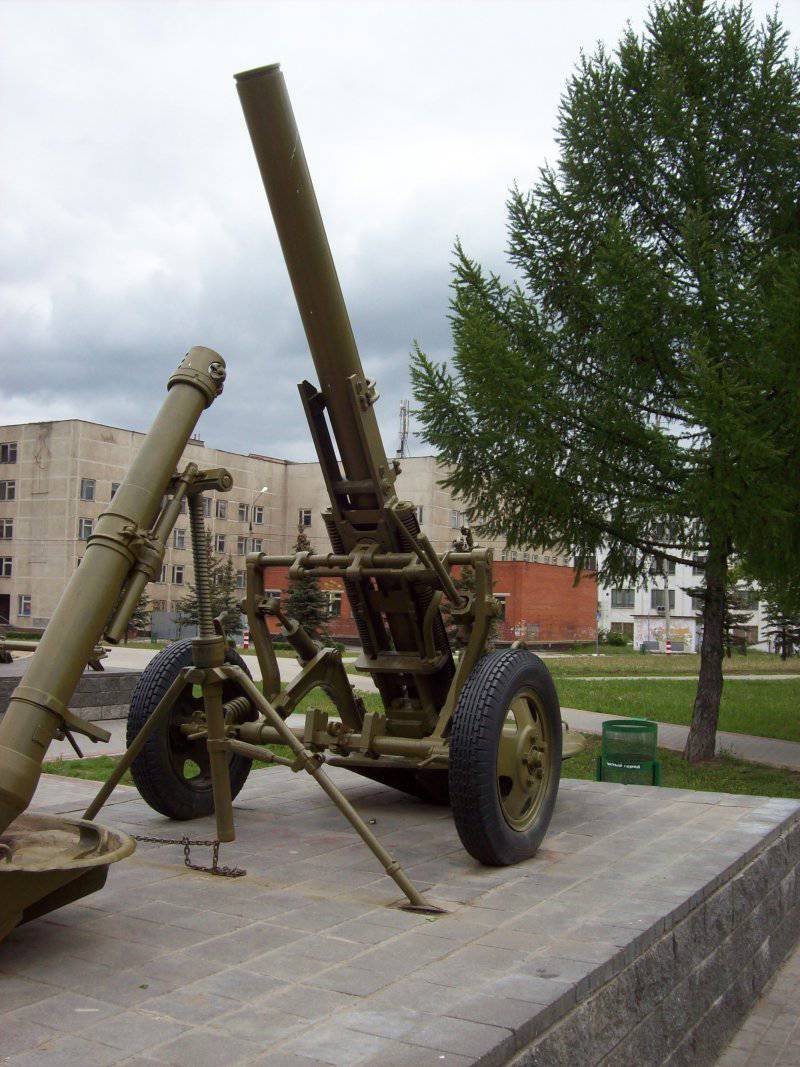 160-mm mortars arr. 1943 was armed with heavy mortar brigades, which were part of the artillery divisions of the breakthrough of the reserve of the Supreme High Command. Each brigade consisted of three three-battery divisions. The battery had a mortar 4.

In the feedback received from the front, it was noted that the 160-mm mortar is an effective means of destroying all types of field fortifications and a reliable means of suppressing and destroying the enemy’s artillery and mortar batteries. These mortars were successfully used in street battles in large settlements. Until the end of the war, not a single army in the world had such powerful mortars.

It is interesting to compare the production of mortars during the Second World War in the Soviet Union and in other countries. In the United States, from July 1940 to June 1945 were released 110 thousand mortars, in Britain 1939-1944 years - 96 thousand, in Germany 1941-1944 years - 68 thousand. In the USSR from July 1 1941 year to 30 June 1945 years made 347900 mortars, that is, an average of 86975 mortars per year. On the one hand, these figures reflect the scale of the losses suffered by the USSR during the initial period of the war, on the other hand, the importance and relevance of mortar weapons. If at the beginning of the war mortars were considered as a means of direct support for infantry, by the end of it they had become one of the main types of artillery.