How strong is the unity in the NATO alliance? 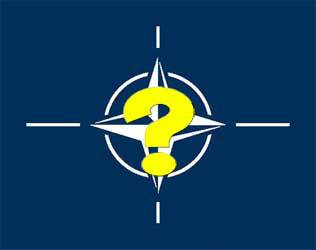 And can it be considered solely an American instrument? These questions are not accidentally raised on the anniversary of the creation of NATO. A number of states parties to the North Atlantic Treaty Organization did not support the military operation against Libya. The attitude of Germany, the largest, after the USA, militarily the participants of the bloc to this military operation is very indicative.

Germany at the very beginning of the military operation against Libya refused to bomb the territory of this state. Of course, the refusal of Germany could be explained by the fact that Libya and Germany are old partners. From this it follows that the Germans, despite the heat of the confrontation between the West and the Libyan Jamahiriya, continue to mutually beneficial cooperation with Gaddafi. Germany is about 10% of all Libyan oil. In addition, the Germans developed military-technical cooperation with Libya, advantageous to both sides. At the same time, the adoption of any political decisions cannot always be explained solely by economic motives. So, even between some new members of the alliance, which, as a rule, are considered ardent supporters of American policy, there was a split in the question of Libya. Thus, Poland wants to establish “democracy” in Libya in their manners, and Bulgaria, has severely criticized the military operation in this country, dictated, in its opinion, by the interests of energy companies.

It should be noted that the differences in NATO have been observed for quite some time. The biggest trouble bloc brought two states - France and Greece. So, the first in July 96 of the year ceased membership in the military organization of the bloc, but remained a member of the political bloc of NATO. And although, because of the withdrawal of France from the military bloc, no one did a special tragedy, this country, with its obstinacy, more than once brought serious trouble to America itself.
So, the French, in April 86 demonstratively closed their airspace for aviation America, which acted from the military bases of England against the same Libya. Further, in 2008, during the military conflict between Russia and Georgia, France played a constructive role in resolving the crisis, and together with Italy and Germany did not allow the development of a universal anti-Russian position.

In the question of Greece, she was also not a member of the NATO military unit from 74 to 80. This was due to the difficult relations of this country with Turkey. In addition, during the military operation of the alliance against Yugoslavia, this state provided Yugoslavs with quite tangible support. Some even accused him of supplying Serb intelligence information. The most indicative was the attitude of the European NATO member states to the American military aggression in Iraq. This adventure was supported by a record small number of participants in the alliance. And although later many European countries sent symbolic contingents to Iraq, only England provided real assistance to the United States. The assistance of Poland and the Baltic countries was purely nominal.

The question arises, is it possible to say that the alliance is an instrument of policy in the hands of America in this situation? 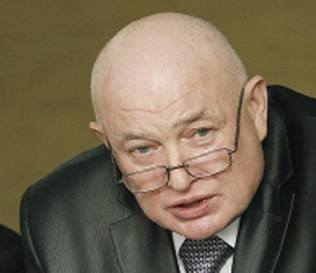 Pavel Zolotarev, deputy director of the USA and Canada Institute of the Russian Academy of Sciences, explains the deepening disagreements between NATO members by the fact that the CCCP, their main enemy, does not currently exist. Thus, on other issues, NATO members may have their own opinion. But at the same time, the alliance is still a tool, and in the very first place of America. At least take the issue of deploying missile defense in Europe. In fact, this is absolutely a US project, due to the fact that none of the members of the alliance can fill it with something of their own. It is highly likely that talks about cooperation with Russia on this issue will also remain only on paper.
America's NATO allies in Europe are actually forced to play, according to the rules put forward by the United States. This is primarily based on the fact that the main military power of NATO is the Americans. The remaining members of the alliance reduce the cost of the army, hiding on the "umbrella" of the United States. Some spend on defense only 1,5% of allocated funds, sacrificing them for social and health budgets, thereby giving their own defense to America.

But then the question arises, will the United States carry chestnuts from the fire of African conflicts for the same France? But the same French in Niger, the Central African Republic, Chad have a lot of their interests, from where they receive uranium. It seems that no. Putting the US’s own defense on the shoulders of the United States, the rest of the NATO participants risk in the future to jeopardize their own interests outside Europe.