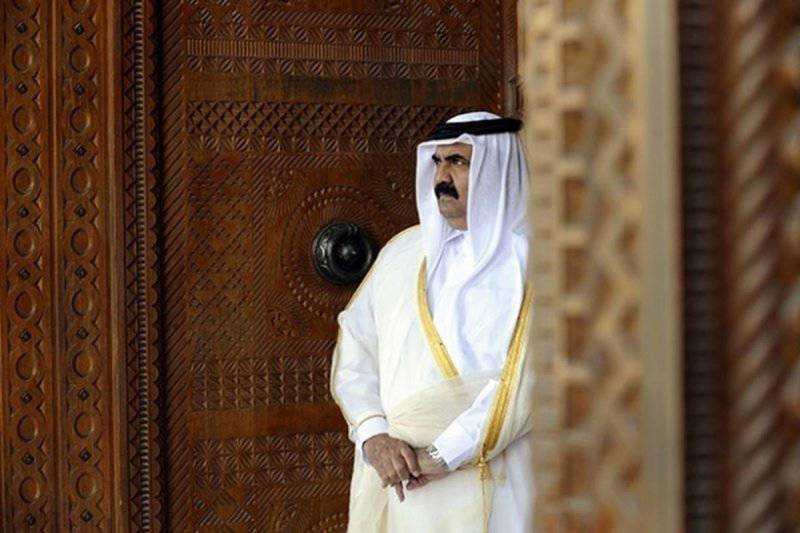 Qatar, a small state in the Persian Gulf, one of the Middle Eastern monarchies, was the subject of hatred by Saudi Arabia, the United Arab Emirates and Bahrain, which recalled their ambassadors from Doha. Oman and Kuwait also came into conflict with Qatar, but they are not ready for such extreme measures as the severing of diplomatic relations. The cause of the scandal is Qatar’s support of the Muslim Brotherhood and other radical organizations that threaten the secular regimes of the countries of the Arabian Peninsula.

Sow the wind - reap the storm

The Muslim Brotherhood and other organizations were a favorite of Saudi Arabia and its allies from the Cooperation Council for the Arab States of the Persian Gulf — the GCC — a year or two ago. The union actively financed Islamic fundamentalists and turned them into the main driving force of the Arab Spring. Qatar and Saudi Arabia were the most active - they were the main sponsors of Islamist rule in Egypt and the civil war in Syria.

However, both adventures failed miserably — there was a counter-coup in Egypt, and in Syria, the rebels were losing the city outside the city. After a series of defeats, the Muslim Brotherhood showed independence and became more active in the states of the Persian Gulf themselves. Interestingly, in most monarchies of the Arabian Peninsula, this organization is banned, and its members are harassed.

Despite this, Qatar remains the patron saint of the Islamists. His neighbors fear such a policy: even the sponsors of world terrorism are afraid to become the next victims of fanatic fighters. In Doha, lives Mufti Yusuf al-Qaradawi - the spiritual leader of the Muslim Brotherhood. Various events related to the activities of Islamists in different parts of the world are held there.

The crisis in relations between Qatar and the rest of the Persian Gulf countries began with the fact that Yusuf al-Qaradawi called on the authorities of the United Arab Emirates to amnesty several Egyptian refugees and local residents who were suspected of forming Brothers-Muslim Brotherhood in Abu Dhabi and Doha, arrested and convicted.

It is not known whether the Islamists tried to settle in the UAE, however, in any case, the statements of Yusuf al-Qaradawi did not go unheard. The diplomatic department of the United Arab Emirates asked Qatar why al-Qaradawi is interfering in the internal affairs of a neighboring state, and received a tough answer: Qatar representatives in the GCC in the ultimatum form demanded the release of one of the Muslim preachers sentenced to 7 years in prison.

Thus, Qatar was the first to aggravate relations with its neighbors. The arrogant and self-confident behavior of his diplomats provoked a violent reaction in the Arab world: a meeting of the foreign ministers of the GCC member countries was held in Riyadh on March 4, where it was decided to withdraw ambassadors from Doha.

Ambassador's recall in the Middle East is considered a very serious signal. This is Russia and the United States can withdraw their diplomats from Washington and Moscow, as appropriate, respectively - and this will have little effect on relations between the countries: pragmatism will win anyway. But in Asian countries this is not accepted: even in difficult crisis situations, Middle Eastern states try to maintain good neighborly relations, and the ambassador’s response is regarded as something like a declaration of war - well, or at least, as a prelude to it.

Moreover, the ruling dynasties of the Arabian Peninsula have close ties with each other. Relationships directly concern policy issues: monarchs discuss all problems in narrow informal circles. The rupture of diplomatic relations with Qatar on this background looks like a big family quarrel, which means that the split between the GCC and Doha is incredibly deep.

Qatar refused to comply with the ultimatum of its "brothers", and continues to support various groups that pose a serious threat to the Arab sheiks. The export of the Arab spring to the countries of the Arabian Peninsula is about to become a fait accompli.

In such circumstances, Qatar will not envy: objectively, he is not able to resist their neighbors. If the GCC troops invade the Emirate, the state will be occupied for a short time. But Pandora’s box will be opened: Islamists will be given the command “face”, and rich oil countries will plunge into chaos - remember the terrorist act in Mecca in 1979, when the Saudi army unsuccessfully besieged the Great Mosque, eventually resorting to storming the greatest Muslim shrine .

It is known that even in the 2011 year, during the Libyan campaign, many called for stopping the Arab Spring, only by bombing Qatar ... Now it is clear that the flywheel of the “revolution” cannot be stopped, and Doha is ready to bomb it by its former allies.

But the problem is that Qatar is under the protection of the United States. Washington uses its "Arab friends" to annoy other "Arab friends." In Saudi Arabia, the American troops are treated very negatively: one of the requirements of the Islamists is just a ban on the presence in the country of Americans and in general people from the Western world. Qatar is much more tolerant: even though the radical opposition is “feeding” here, the nursing hand does not bite.

Therefore, by engaging in confrontation with Qatar, the states of the Arabian Peninsula risk facing the United States. This conflict has been brewing for a long time, since the 90-s, and only the presence of Iran in the neighborhood and the threat from the Islamic opposition prevented Saudi Arabia from finally breaking with the States.

But February 20 entered into force an agreement on Iran, according to which June 20 sanctions on Tehran will be lifted. Moreover, it turned out that the United States is actively helping Qatar, who, in turn, provides refuge to the radical opposition. This means that Saudi Arabia and its allies from the GCC no longer need to cooperate with the States: all the fears of the monarchs due to a sharp change in the US Middle East policy have become a reality.

The existing system of Middle Eastern alliances is under threat: the GCC can become the enemy of the United States and NATO. Moreover, Saudi Arabia’s plans to develop its own nuclear program as opposed to Iran’s and Israel’s nuclear programs are known.

The future of the countries of the Arabian Peninsula is unenviable. Now Saudi Arabia and Bahrain are opposed to Shiites, and the Saud dynasty also has to fight Yemeni groups, which after the recent coup in Sana'a are increasingly making armed attacks on Saudi troops.

In the near future, the Arabian Peninsula may turn into one of the main sources of instability. In addition to the traditional Sunni-Shiite conflict, a war of radical fundamentalists against relatively secular monarchies - secular in the understanding of the supporters of "pure" Islam, financed by Qatar, can begin in the countries of the Persian Gulf. All this overlaps with the Saudi-Iranian standoff.

The immersion of the oil-rich Arabian Peninsula into the darkness of chaos will be accompanied by numerous interventions from the United States and NATO states. It seems that, just like in Libya, foreigners will take advantage of the war and will do everything possible to take control of the main deposits - the location of which, by the way, coincides with the Shi'ite settlement area. Is this why the States refuse to support the Sunni monarchies and rely on the destabilization of the region, as a result of which the Shiite population of the region will achieve independence from Riyadh?

Ctrl Enter
Noticed oshЫbku Highlight text and press. Ctrl + Enter
We are
Is the prince in Yemen dead or dying of a heart attack? How the Emirates got involved in the war"Non-Arab Emirates": migrants in the Gulf countries
Military Reviewin Yandex News
Military Reviewin Google News
21 comment
Information
Dear reader, to leave comments on the publication, you must sign in.