V.Katasonov: “Intervention, occupation, war ... but only against Russia” 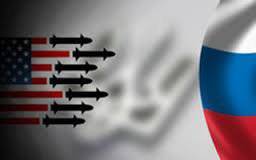 "Power" in the face of Turchinov and Yatsenyuk without looking will sign an agreement on Ukraine’s entry into NATO, the professor is sure


For many years, the West has been waging an information war against Russia. One of the important methods of this war is the substitution of certain words and meanings with other words and meanings. On the example of informational coverage of events in Ukraine, this is clearly seen.

What happened in Ukraine at the end of February 2014, journalists, politicians, representatives of the expert community are called differently. The most frequently used terms are “coup”, “revolution”, “seizure of power”. Moreover, some of these events can evaluate positively, others - negatively, but the words use the same. No one argues that in Ukraine there really was a coup and the seizure of power by right-wing forces, but one must understand what lies behind this “revolution.” Domestic and world media describe “trees” in great detail (by which I mean the events on the Maidan, in certain regions and cities of Ukraine), but rarely show the “forest” (that is, they shy away from evaluating events in the geopolitical context).

So, to describe the "forest" key are the following words.

Intervention, that is, the invasion of the enemy on the territory of Ukraine. The enemy is the West, or rather, the ruling circles of the United States and the leading capitalist countries of Europe that are members of NATO’s military-political bloc. We are accustomed to the fact that intervention is an invasion of troops on foreign territory. Today, interventions often have a different form: first of all, the penetration of intelligence services into a foreign territory, creating their residency and other “reference points”, recruiting and creating extensive agent networks, recruiting military training, creating a fifth column in the state apparatus of a foreign country. State Department employee Victoria Nuland said without hesitation that the US spent 5 billions of dollars on such a “quiet” intervention of Ukraine. And this is not counting the tremendous money that the West has been forcing and forcing to spend on the occupation of the Ukrainian oligarchs, which are very effective puppets and convenient "wallets" of the West.

An occupation. This is the result of intervention - the establishment of effective control over the territory, economy, media, population of the country. After the February Maidan, the final phase of the occupation began. For this purpose, the “offshore aristocracy” of Ukraine in the person of the newly minted oligarchs - R. Akhmetov, Kolomoisky and others is used.

War. War against whom? Against Ukraine? But it already ends there. Ukraine is already occupied. Unless operations against particular groups, which are called "partisans". But this is not even war, but something like “anti-terrorist operations”. This is actually a war against Russia. To a large extent, this was the purpose of the play entitled “Change of Power”. Viktor Yanukovych turned out to be not a very “effective” agent of the West and failed to fulfill quickly the mission entrusted to him of signing the treaty on Ukraine’s accession to NATO. The new government in the face of such trained hamsters like Turchinov and Yatsenyuk, will not sign the signatures under the documents, and Russia will find itself in the arms of NATO. Both parties will spit on the fact that this kind of decisions are prepared for a long time, they have their own procedures. The ball is ruled by “geopolitical expediency”, for the sake of which one can forget about constitutions and international law. Forecasts-fears of sober Russian experts are starting to come true before our eyes. In the Verkhovna Rada of Ukraine, a draft law “On Amendments to Certain Laws of Ukraine (Regarding the Ensuring and Guaranteeing Ukraine’s National Security)” is being prepared as a matter of urgency. With the current layout of forces in the Parliament, this project can very quickly become law.

As a result, even before the beginning of the summer, NATO divisions may be under the borders of the Russian Federation, which will be reinforced by the formation of local Bandera troops. However, why "under the borders"? Already, across the Russian-Ukrainian border, individuals who perform special tasks of NATO are entering our territory. As they say, intelligence comes first ... And in the far-reaching plans of NATO, both intervention and occupation of the territory of Russia. So the key word for us should be “war”. We are used to declaring war. This old-fashioned Hitler loudly declared war on us on 22 on June 1941 (read this ad on Goebbels radio). Now - other times. No one is going to declare war on you. You yourself must feel the threat of war and, moreover, the war itself. Unfortunately, during the long years of our society’s presence in the atmosphere of “liberalism” and “democracy”, natural receptors for the perception of the military threat stopped working - both for the average person and especially for those at the helm of our state.

There is an expression: "In war as in war." An undeclared, but obvious and very dangerous war is being waged against Russia, threatening the lives of millions of people (not only citizens of Ukraine, but also citizens of the Russian Federation). In the conditions of war, in any country, certain principles of organization and behavior developed by the centuries-old experience of mankind begin to operate.

For example, the principle of mobilization. Economic, military, informational. Our society continues to be in a state of liberal relaxation. There are no signs of mobilization in Russia. Everything is sinking in the endless talk of our politicians and talk shows with the participation of deputies. An important act of war against Russia begins on Independence Square, and our Russian media at this time are trying to immerse all of Russia's citizens in the “atmosphere of the Olympic holiday” in Sochi. Here Stalin before the war had no time to participate in talk shows and competitions. From morning to night, he spent very intense working meetings at which issues of military production, transport, the transfer of armies, armaments and the transfer of enterprises to the east of the country, the creation of strategic reserves, etc., etc., were resolved.

The principle of secrecy becomes important. Only in a nightmare can Stalin dream that Stalin and his ministers, generals and designers discuss the country's defenses and the preparation of military operations in front of cameras and microphones of journalists. The Supreme Soviet of the USSR made many of its decisions in complete secrecy. We learn about some of its decrees and laws only today, when archives are opened. Why, for example, our senators are starting to discuss the issue of empowering the president to confiscate property, accounts, other assets of foreign banks and companies in the territory of the Russian Federation? You just have to endow, without any hype. However, the earlier decision of the Federation Council on granting the president the right to use the armed forces to protect our citizens and our interests in Ukraine could be made without any noise by stamping “Secret” on it. It seems that the “people's elected representatives” do not solve serious military and political issues, but are engaged in PR.

The principle of surprise. Take the same decisions about the possibility of using the Russian armed forces in Ukraine. Such use becomes effective when it is suddenly. We have lost such an opportunity, trumping on the decision of the Federation Council. My personal opinion is that 1 March simply had to transfer our armed forces to the Crimea (and maybe to the eastern regions of Ukraine), and only then talk about the decision of the Federation Council. The cart was in front of the horse.

Another example is the question of the possible confiscation of foreign assets in Russia. You first “prepare a question”, make a decision on confidentiality on granting the president authority, and then let the president announce such confiscation. And what happened? Foreign investor warned. It is not even an investor, but a speculator who sits on suitcases (with currency). And with such statements, he simply disappears under the cover of night from the country, while having derailed our ruble.

The events in Ukraine have revealed a lot of things that you will not see in normal times. In particular, they highlighted the unpreparedness of our leaders for the war, which will soon knock on our doors. In part, this can be explained by the loss of professional skills, and partly by disregard for the country and its duties, and in part by direct and deliberate sabotage.

If we continue to be in the same mental and physical relaxation, we may be in the position of a “democratic” France of the 1940 model of the year. Then, with a little over a month, the troops of Nazi Germany managed to occupy most of the "relaxed" France.

I think that increasing the country's readiness for war can be achieved partly even if we start using the right words to describe the current events in Ukraine.