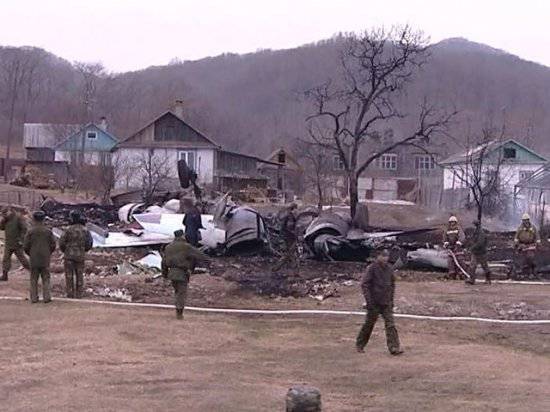 The Main Command of the Russian Air Force temporarily suspended flights of a modified Su-27CM fighter in connection with the accident of a cruise vehicle in the Primorsky Territory. The Su-27CM fighter crashed near the Central Corner airfield. In the accident, no one was hurt, the pilot ejected in a timely manner. The search and rescue team found the pilot of the crashed aircraft. The pilot is in satisfactory condition. He was hospitalized in a military hospital in Vladivostok.

According to the Defense Ministry’s press service and information department, the Su-27 aircraft crashed on April 6 at 10 hours 22 minutes Moscow time. According to preliminary data, the plane crashed due to the failure of the fighter control system during the approach of the aircraft to land, reports Interfax. Fighter flights of this modification are suspended until all the causes of the accident have been clarified.

A failure in the aircraft’s control system occurred at about 400-500 meters altitude when the aircraft was already on the landing glide. Military pilot Yuri Korolev ejected at the command of the flight leader. Uncontrolled aircraft fell near the runway on the garden building. There are no victims and destructions on the earth.

The website of the Investigative Committee of Russia informs that after an accident of an airplane near Vladivostok, one of the groups of military investigators began to inspect the scene of the incident, the other is engaged in the seizure of pre-flight documentation.

Upon the accident of the Su-27 fighter, the military investigative department of the Investigative Committee of Russia for the Ussuri garrison is being tested. Based on its results, a procedural decision will be made.

One of the eyewitnesses of the accident reported that the fighter circled for a long time in the air, and then fell on one of the sheds in the residential sector of the holiday village Nightingale Key and caught fire. The structure was completely destroyed by fire. Also during the fire, the combat vehicle suffered significantly. Currently, a fire at the crash site extinguished. Territory cordoned off by police.

The Su-27 aircraft performed a scheduled flight on Wednesday. There were no weapons on board. The fighter was part of the 3-th command of the Air Force and Air Defense of the Eastern Military District.

Su-27 is a Russian multi-purpose highly maneuverable all-weather fighter. The machine was developed at Sukhoi Design Bureau. The first flight of the prototype took place in 1977, and in 1984 the aircraft began to arrive in aviation parts. At the moment, the Su-27 is one of the main aircraft of the Russian Air Force, its modifications are in service in the CIS countries, India, China and others. Over the past six years, there have been several incidents involving Russian Su-27 aircraft.

September 20 The X-NUMX fighter Su-2010 crashed as a result of a post-repair overflight around a military airfield in the village of Vozdvizhenka, Primorsky Krai. The plane fell in 27 meters from the runway. The crew ejected.

14 January 2010 of the year during scheduled flights in the area of ​​the airfield Dzengi (Komsomolsk-on-Amur) from the radar screens disappeared mark Su-27 aircraft, performed a training flight. The crash site was found by search groups, and the pilot’s body and black boxes were also found there.

16 August 2009 of the year during training flights before the opening of the MAKS-2009 air show, two Su-27 airplanes from the Russian Knights aerobatic team collided. One of the planes fell on the territory of the garden community "Pines" near the village of Belozerikha. In the crash, the commander of the group, Colonel Igor Tkachenko, and a resident of the Moscow region perished, on whose dacha house the plane fell.

15 September 2005 Su-27 crashed in the Sakiai region of Lithuania near the border with the Kaliningrad region not far from the second largest city of Lithuania Kaunas. The pilot safely ejected, the victims among the population managed to avoid.