11 March 1834 was approved by the "Regulations on civilian uniforms" 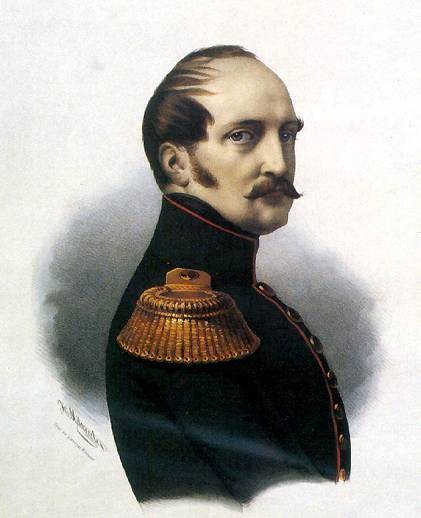 11 March 1834, the emperor Nikolai Pavlovich approved the "Regulations on civilian uniforms." He was prepared by His Own Imperial Majesty's office. At the same time, the Russian sovereign approved the “Description of Ladies' Dresses for Coming to Solemn Days to the Highest Court”. So in the Russian Empire appeared one of the first official codes of clothing.


According to the regulations, each department received 10 discharges of uniforms in dark green or dark blue, senators received red. By the color of the uniform "device" - the collar, cuffs, as well as the pattern of gold or silver sewing, it was possible to easily determine whether a person belongs to a particular department. The largest amount of sewing relied first rank. The uniforms of the officials of the first category were embroidered on the collar, cuffs and pocket flaps. Officials had to make uniforms at their own expense.

The system of titles, uniforms and orders in Russia began in the reign of Peter Alekseevich. Peter created a new regular army and state administration. The legal basis for the new hierarchy of all its posts was the “Table of the ranks of all the ranks of military, state and court ...” 1724 of the year. The table of ranks provided for three main types of service: military, civilian and court. Each type of service had 14 ranks (classes).

History civilian uniform began in 1784 year. This year they introduced provincial uniforms. Ten years later, they published a book-album, in which departmental uniforms existed at that time were first recorded. There were depicted the uniforms of officials of individual institutions and departments. Uniforms were dark green, as well as crimson, red (mining department) and cherry (Academy of Arts). It should also be noted that in individual departments and institutions uniforms appeared earlier. Thus, the uniforms of officials and engineers of the mining department are known from 1755. Uniforms of the Academy of Arts are known from 1760's. The need for uniforms was explained by the desire to distinguish civil servants from each other. In addition, the authorities wanted to stop the excessive luxury of noble apparels.

In 1799, uniforms were introduced for the College of Foreign Affairs. The uniform was also dark green, with white buttons on which was the imperial coat of arms. In 1800, the uniform of Moscow University was approved. The caftan was dark green, the camisole and underwear were white, the collar and cuffs on the caftan were crimson, and the buttons were white. In 1804, the uniform of Moscow University was changed: the caftan was made dark blue, and the collar - crimson.

In 1801, two uniforms (festive and for daily use) were received by senators. Both uniforms were red. The festive uniform was distinguished by gold embroidery. In 1802, the uniform of the University of Dorpat was introduced. He was dark blue. The collar and obshlagi (lapel on the sleeve) were of black velvet, yellow buttons. In 1803, uniforms were established in the Forestry Corps. Kaftan had a dark green color. Collars and obshlag - green, with red piping (lace), sewing silver.

At the beginning of the XIX century, the so-called dominated uniforms. "French fashion". Uniforms were with a stand-up collar, narrow, single-breasted, with a cut-front skirt (like a tail coat). The uniforms were of three colors: dark green (for most departments), dark blue (for educational and academic institutions) and red (for senators). In the next 30 years, uniforms were introduced in almost all institutions and departments. In the Code of Laws of the Russian Empire from 1832, it was noted that each official must wear the uniform assigned to his position and rank.

Emperor Nikolai Pavlovich, who carried out a lot of work in the empire on the unification of laws, bringing order to the administrative apparatus, drew attention to the lack of unity in the system of uniforms in various departments and institutions. So, having visited the Senate meeting in August 1828, the Russian emperor noticed the variety of clothes of many senators. The emperor sent a letter to the prosecutor general, Prince DI Lobanov-Rostovsky, in which he noted the need for order and plausibility of a worthy so high state institution. The chief prosecutors had to follow the dignity of the senators' uniforms so that there were no multi-colored and “striped trousers”.

The sovereign ordered to submit to the First Department of the Imperial Chancellery (this office was engaged in the preparation of royal decrees, rescripts, provisions and other documents, supervised execution, presented reports) samples (drawings) of all the uniforms of civil departments and institutions. In 1829, the Office received the task of developing a draft General Provision on Civil Uniforms. The sovereign wanted to establish uniformity in the system of civil uniforms. Work was carried out for several years and was completed only in 1833 year. This was associated with a small number of employees of the Office and its workload (there were many cases related to the Russian-Turkish war 1828-1829). By 1833, one common provision was developed, instead of several private and incomplete provisions that existed in some departments.

11 March 1834, the "Regulation on civilian uniforms" was approved by the emperor. All institutions of the center and in the field received a uniform code of clothing. The provincial civil servants uniforms were abolished. The French-style uniform was retained, but its cut was somewhat modified, a clearer cutout appeared in front. For the most part, and preserved the color scheme. Most civilian agencies received dark green uniforms. Employees of the Ministry of Public Education, the Academy of Fine Arts, the Ministry of Mines, the Department of Communications and Public Buildings and the Department of Spiritual Affairs of Foreign Confessions received uniforms of a dark blue color. The senators retained the red color of their uniforms.

Seven forms of uniform were instituted: front, festive, ordinary, everyday, special, road and summer. Part of the dress uniform was a triangular black hat. With parade uniform worn sword, which was an attribute of public service. The uniform of government officials also included coats. Watched and the appearance of officials. In 1837, a decree was issued in which the chiefs were instructed to ensure that subordinates did not wear mustaches and beards. The presence of a mustache and beard was considered incompatible with civilian uniform.

In 1856, the uniforms were modernized. Uniforms "French type" was replaced with half-skirts with a full skirt. The color characteristics of the uniforms were retained. In 1890, the frock coat in a number of departments (judicial and some others) received the role of the second, most frequently used uniform. In addition, another element of the form of civilian officials was introduced - a short coat of military style (jacket).