Inflation - what will it be in April? 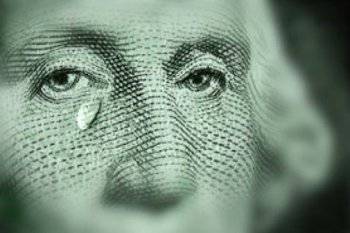 While some citizens continue to escalate anti-Russian hysteria, we will continue to analyze the economic situation in Ukraine.


Following the deterioration of the credit rating of Standard & Poor's to the pre-default value of "CCC", which almost automatically leads to higher loan rates, investment bank JP Morgan worsened its forecast for Ukraine. Instead of the previously expected growth of 0,5%, they now forecast a 3,2% decline in the economy.

And this is understandable: three-month protests, problems in the state budget, rising crime (with the previous intentional discrediting of law enforcement agencies), the practical cessation of the judicial system - all this does not add optimism to analysts.

And, as I understand it, this forecast will be realistic only under the condition that there will be no further destabilizing factors, such as “small victorious reconquests of the Crimea”. Because if even local hostilities begin, the economy will fall by at least 15% (based on the analysis of similar events in other countries).

If the interim government unleashes full-scale hostilities, it will simply be impossible to predict the depth of the fall.

As for the Crimea, which some analysts are now trying to intimidate by the fact that after it is disconnected, it will become very bad. Will not. Firstly, all the money from multi-billion dollar contracts with China, which previously went to Kiev, will now go directly to the government of Crimea. Secondly, Russia is going to invest in the development of the infrastructure of the Crimea about five billion dollars. This is still around 2,5 for thousands of dollars per resident.

There is a separate aspect that no one articulates - if the Crimea withdraws from Ukraine (joins the Russian Federation or becomes an independent state), then due to the rupture of continuity, imposing a portion of Ukrainian debts on it will not work. To date, the total external debt of Ukraine is approximately equal to $ 140 billion, which in terms of per capita is $ 3100. If the population of Ukraine becomes less on 2 million, then it will already be $ 3250 per person (including pensioners and babies, that is, in fact, even more).

If the crowded southeastern regions join the Crimea, the debt burden on the rest will generally increase significantly. Therefore, it becomes clear panic desire of some citizens to "not let go."

In general, this is similar to the masochistic behavior of a jealous wife who cannot stand her husband, suspects him of treason and considers him a loser, but at the same time continues to keep him out of his last strength, because he has a good salary and the idea that he will , driving her crazy. But jealousy is not love, and psychologists say that a normal life together with jealous men is impossible.

Let us return to the economy (although it is difficult to separate it from politics). As for the mythical sanctions that threaten Russia - this is a fiction. Not only has the Russian Federation already refused European and American meat (in fact, it was only a hint of a possible “return”), they have American trezheris and Eurobonds on the order of $ 350 billion. If they start selling them, that will be with the US and EU economies? That's right, nothing good. Therefore, there will be no real sanctions, only conversations.

Returning to Ukraine, we see that in the structure of Ukrainian debt about 30% are short-term debts (the interest on which is higher, and which must be given very soon).

Moreover, the trade deficit of approximately $ 2 billion a month has not been canceled. How long will Ukraine's meager foreign exchange reserves last with such a scenario? And how many there were promised to allocate the United States (or rather, have not even promised yet, but were going to consider the possibility of separation)? Billion? That's enough for two whole weeks! Look, do not spend everything at once.

And a little microeconomics. Reports record the decline in retail sales in Ukraine in the past two months, on average by 20%. The purchasing power of the population falls (including due to jumps in the dollar), in conditions of instability people are trying to save "for a rainy day."
At the same time, the rental price for premises is growing (since more than half of the lease agreements in the country are denominated in dollars). Therefore, retailers are forced to either close or raise prices. Overall, retail prices rose over the month by 10-15%. There is a classic promotion of the inflation spiral.

If we multiply the drop in sales by the rise in prices, then it turns out that in the mass of commodities the consumption in two months fell by 30%. This is very significant.
Energy. Since April, gas prices will rise by about 25%. Fuel at nuclear power plants, according to the last report, also remained until the end of April. According to the Czech president, if Ukraine signs an association agreement with the EU, then electricity prices will also increase by about 25%.

And in order to fulfill the requirements of the IMF, it is necessary to double the cost of most utilities. Under Yanukovych, for us, 80% of the population did not live, but survived, and if all the “savings measures” prescribed by the IMF are implemented, then this can be safely called the “retirement genocide”.

But who cares? The whole "svidomaya" part of Ukraine is concerned only with the "get out view of Moscow" and craves war. “Glory to the Nation! Death to pensioners! ”Yes?

Ctrl Enter
Noticed oshЫbku Highlight text and press. Ctrl + Enter
We are
The keys to the world are in the hands of RussiaWhat we lost
Military Reviewin Yandex News
Military Reviewin Google News
128 comments
Information
Dear reader, to leave comments on the publication, you must sign in.