March 10 2014
274
March 11 Viktor Yanukovych will make a statement in Rostov-on-Don. This was reported to news agencies by a source in his surroundings. This will be the second meeting of Yanukovych with journalists after he left Ukraine. 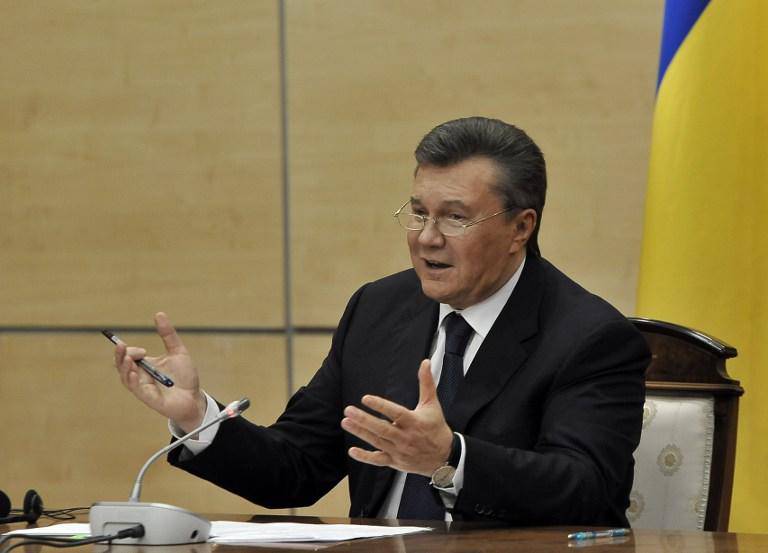 Viktor Yanukovych will make a statement on Tuesday in Rostov-on-Don, ITAR-TASS reported, citing his sources, surrounded by Ukrainian politics. A meeting with reporters will take place in the middle of the day. The exact time and place are not yet known.

This will be the second meeting of Yanukovych with the media. The first took place on February 28 also in Rostov-on-Don.

There, Yanukovych arrived from Ukraine, hastily leaving its territory after the organizers of “euromaidan” seized power in the country - a protest rally in the central square of Kiev. Participation in the first meeting took about 200 journalists from different media representing Russia, Ukraine and other countries. 20 journalists were able to ask their questions.

Yanukovych gave his assessment of the events in Ukraine, calling them "a catastrophe, lawlessness, a bloody scenario, terror and chaos." He stated that he did not refuse from the power and continues to be the president of Ukraine.

Viktor Yanukovych told reporters that he came to Rostov-on-Don at the invitation of his old friend. Return to Ukraine is possible if there is a guarantee of security for him and his family. The president stressed that he had not met with Russian President Vladimir Putin, but spoke on the phone.

Yanukovych apologized to the people of Ukraine for not having the strength to “keep stability”. He also stressed that at a meeting with the soldiers of the special forces "Berkut" he brought his apologies to them. At the end of the press conference, Yanukovych turned to the new authorities of Ukraine. He called them to stop the excesses, because everything will have to be held responsible.

“The end is already clear. The people of Ukraine will never agree with you to live in such a country together. Therefore, I want to say: go away and do not allow even greater lawlessness and grief to the Ukrainian people, ”he said.

It is not reported yet what Viktor Yanukovych intends to announce at a meeting with journalists on Tuesday.

Ctrl Enter
Noticed oshЫbku Highlight text and press. Ctrl + Enter
We are
The action “Military service under the contract is your choice!” In Rostov-on-Don: future contract servicemen, exhibitions and “Russian Knights”
Military Reviewin Yandex News
Military Reviewin Google News
274 comments
Information
Dear reader, to leave comments on the publication, you must sign in.