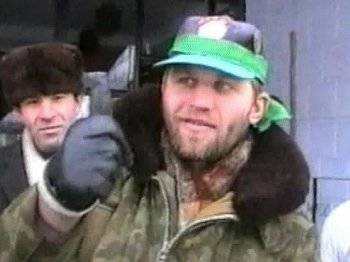 One of the symbols of the Ukraine that emerged as a result of the February coup was Roman Shukhevych — a punisher and a fascist accomplice, and now a fighter for freedom. Viktor Yushchenko started this systematic ideological mutation when Shukhevych was posthumously awarded the title Hero. Then it came to the Council of Europe, which in 2010 had promised to closely monitor to keep Ukraine from the glorification of Nazi criminals. Did not hold. The spiritual heirs of Shukhevych and Bandera have now seized power, and Europe is ashamed to even utter the word "neo-Nazism."


Meanwhile, the Right Sector shares plans to build a racially clean state and already demands that all army arsenals be opened for the militants. The absurdity of the situation borders on tragedy. There is information that in the hands of extremists is not only small weapon. From the Lviv region reported that during the recent riots there have been stolen up to several dozen man-portable air defense systems "Igla" and "Bumblebee". They can quite easily shoot down planes, especially civil ones, which do not have thermal protection against MANPADS. How real is the threat that another seizure of power will take place in Kiev - by the extremists themselves?

Ukrainian Maidan seems tired of waiting for a change. The credit of trust that the new government received is almost exhausted. And if power is weak, radicals come to the fore. They are going to restore their order in the country. For this, the leader of the strike force of the coup, Right Sector, Dmitry Yarosh, changes camouflage for an official suit. In front of foreign media, he appears in a tie and freshly shaved. Surrounded by tall guards, he announces that he is going to the presidency to change everything again.

“The main task of the Ukrainian government is to ensure the controllability of the country. Now the government has a shortage of professionalism, and more and more appointments are surprising. We need a government of national unity, not a one-party party,” Yarosh said.

On the eve, while still in the old guise, he declared that he was not satisfied with the "conservatism" of this government, and presented an ultimatum to the Ministry of Defense. He demanded to open for his people arsenals with weapons, military equipment and to provide military training centers, otherwise the Right Sector will move to decisive actions.

"We are ready to come to power! Take responsibility for power, for the people, for the power!" - announced the readiness to rule Alexander Muzychko, also known as the Bandera player Sashko Bily. He, with a Kalashnikov assault rifle, puts things in order in Rovno, without ceremony, rushes into the offices of officials and security agencies. And all this is tolerated, as if under hypnosis.

Only a woman, the mother of the same beaten prosecutor, is being decided as a man.

“The armed gang came and aimed its machine gun at my son - an honest prosecutor’s employee. And everyone can confirm this. We need legal Ukraine! And tell us about your past. After all, you are a criminal who was in prison! And you are the place. I speak like a mother, like an honest person. We are building a new legal state, and criminals are speaking on behalf of the whole people! Such outrages cannot be in the new Ukraine, "said the mother of the Rivne oblast prosecutor, Andrey Tprgonina.

Sashko Bily himself does not hide: in 90 he fought in Chechnya, was the personal bodyguard of Dzhokhar Dudayev, killed Russian soldiers, and then, returning to Ukraine, actively participated in the redistribution of the security market. In one of the photographs, he is still with his hair, in the company of the Kiev crime boss Viktor Rybalko, and next to him are the Klitschko brothers, one of whom, Vitaly, was about to go to the presidency. 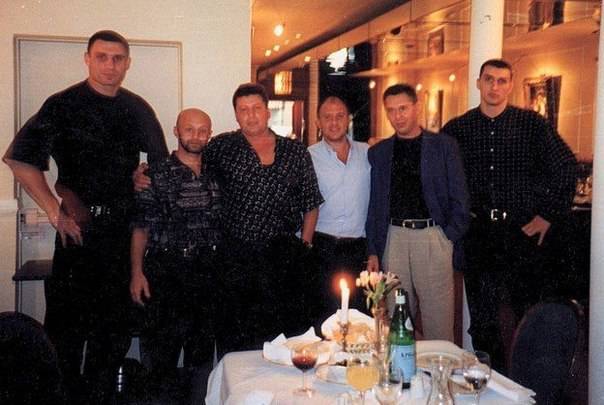 How many weapons are in the arsenal of the current militants, the whole world could watch live: pistols, machine guns, sniper rifles. But it turns out, not only. In the looted Lviv military units, several dozen MANPADS - portable Igla anti-aircraft missile systems - disappeared - and this is already serious. With the help of them you can shoot down aircraft. Their distribution is governed by international treaties. But in Ukraine you can now buy them even with hands.

And in fact, the Maidan announced the hunt for unwanted journalists. Ukrainian correspondent Andrei Rulev was seized right on the Maidan in broad daylight just because someone saw him working on the other side of the barricades.

“They grabbed my arms and legs. They dragged me into the yard. When I was dragged, they were beaten from all sides - with my hands, feet, and shovel! Almost all the clothes fell off me,” recalls Andrei Rulev, a correspondent for the Navigator news agency. After that, he was tied up and his fingers were broken with a pliers. Forcing to sign a paper on the transition to the side of the "Right Sector". The militants openly declare on the Web: they have declared war and they don’t care about official diplomacy.

“If they cannot, then I break the Kharkiv agreements and declare war on Russia. The time is to organize the Ukrainian Taliban,” said the leader of the Brotherhood Party, Dmitry Korchinsky.

And in this situation, the radicals announce the congress. They are going to become a party to get more political levers. They have already demonstrated their usual methods of political struggle - in Vasilkova, which is near Kiev.

As a result, the law on the legalization of the "Right Sector" is in the Verkhovna Rada. Three deputy defense ministers who were worried about this instantly dismissed Prime Minister Arseniy Yatsenyuk. He came back from Brussels, clearly inspired.

“The Ukrainian government declares: we are ready to rebuild relations with Russia. At the same time, I declare that we will never be a part of the Russian Federation or its affiliate,” said Yatsenyuk.

He also spoke in Russian, and at this very time, the Speaker of the Rada and Acting President Oleksandr Turchinov had already banned the Russian-language versions of the official websites of the ministries. Now, in addition to Ukrainian, you can only speak in English.

This is very similar to the events in Georgia after the "Rose Revolution". And it is understandable, because the former Georgian President Mikhail Saakashvili, famous for his aggressiveness and love for ties, was invited to Ukraine by an adviser, to which the current Georgian Prime Minister Garibashvili responded as follows: "Advice of such an adventurer will bring only a catastrophic result."

And the disaster is already there - with the economy, and with personnel. This is what has become known about the new anti-corruption ombudsman Tatyana Chernovol. It turns out that the whistleblower who had repeatedly stormed the cottages and cars of the officials was registered in a psychiatric hospital diagnosed with schizoaffective disorder, and she simply cannot adequately assess her actions.

Maidan is still waiting for help. And it does not matter from whom. The government acknowledged: go for any conditions. Guests have long complained about the old and new power. This is because pensions are no longer paid in half of the regions, and since April they will also be cut in half. According to the requirements of the International Monetary Fund.