Vice Prime Minister of Crimea: The self-proclaimed government of Ukraine has blocked the accounts of state treasury autonomy

March 9 2014
86
Vice Prime Minister of the Autonomous Republic of Crimea Rustam Temirgaliyev said today that Kiev blocked the accounts of the Crimean autonomy, and also cut off the electronic systems of the Crimean division of the state treasury. 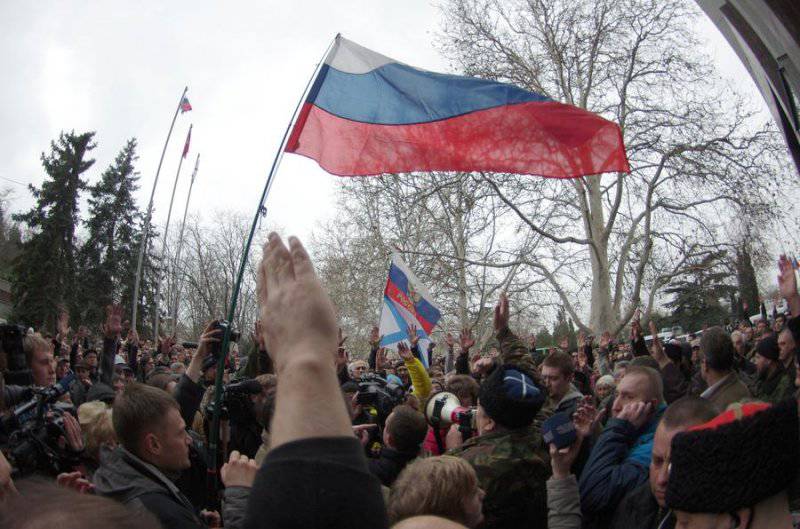 “We have just been informed that Ukraine has blocked the entire system of the Crimean division of the state treasury, all accounts,” Interfax reports Rustam Temirgaliyev. He also added that this will not affect the payment of pensions and salaries in the Crimea.

“We are now quickly opening accounts in Russian banks, including ruble accounts. People without pensions and wages will not remain in any case, the whole situation is under control, ”the vice-premier of the autonomous republic of Crimea added.

He also assured that the situation is under the control of local authorities, and they will not allow "no catastrophe." “Crimea can live autonomously even in such a situation,” the politician concluded.

We will remind that earlier it was reported about attempts of Kiev to block access to a database of voters. First Deputy Chairman of the Supreme Council of the Autonomous Republic of Crimea, Grigory Ioffe, then assured that this would not affect the holding of a referendum on the status of Crimea, and the authorities do not need to convince the world community of the truth and honesty of the Crimean referendum.

The Autonomous Republic of Crimea and the city council of Sevastopol refused to recognize the new government of the country, having appointed a referendum on the status of autonomy for March 30. The 27 Crimean parliament in February appointed Sergey Aksyonov, the prime minister of the peninsula, who appealed to the Russian president to "assist in ensuring peace and tranquility in the territory of the Autonomous Republic of Crimea."
Ctrl Enter
Noticed oshЫbku Highlight text and press. Ctrl + Enter
We are
Military Reviewin Yandex News
Military Reviewin Google News
86 comments
Information
Dear reader, to leave comments on the publication, you must sign in.