In Kharkov, held a rally in support of the autonomy of the region

March 9 2014
47
Residents of the Ukrainian city of Kharkiv expressed support for Russia. Demonstrators with Russian and Ukrainian flags demanded the resignation of local authorities. 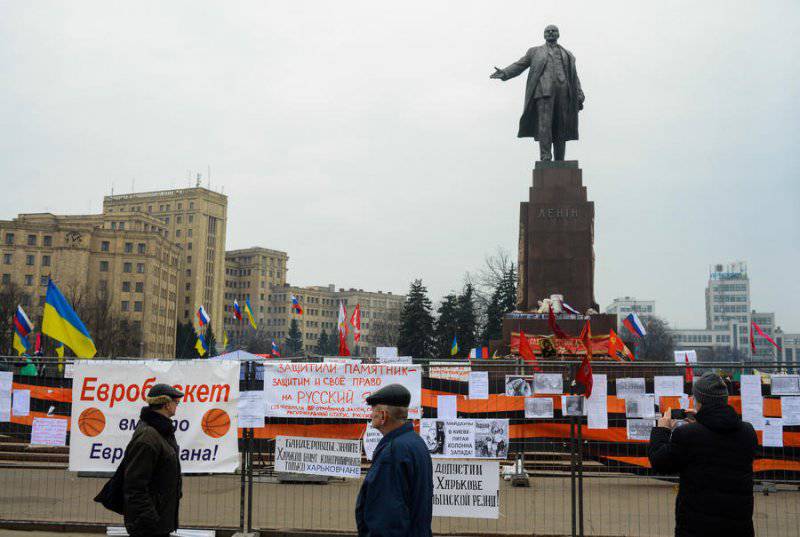 About 7, thousands of Kharkiv residents held a rally demanding the resignation of the Kiev authorities, as well as a referendum on a number of issues, ITAR-TASS reports.

Residents of Kharkiv, who came to the rally, are seeking to grant autonomy to the Kharkiv region. In addition, they require the authorities to hold a referendum on certain issues.

One of the requirements of Kharkiv citizens is to secure the status of the second state for the Russian language. In addition, local residents believe that the appointment of Igor Baluta by the Kiev authorities as governor of the Kharkiv region is illegal.

The rally participants said they did not intend to attempt to break into state institutions. According to activists, “they, unlike Kiev Protestants, have no weapons: neither sticks nor Molotov cocktails. ”