What ends the Ukrainian crisis ("The Washington Post", USA) 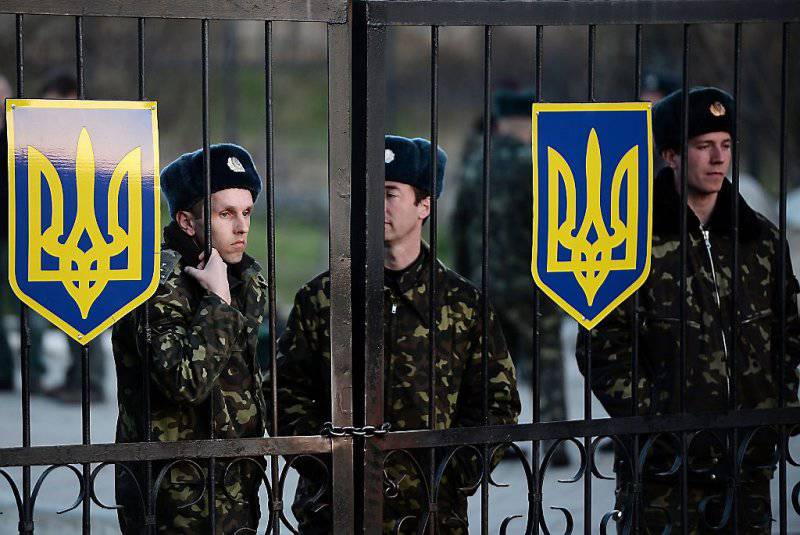 All public discussions about Ukraine today are a sheer confrontation. But do we know where we are going? During my life, I saw four wars that started with great enthusiasm and popular support, and which we then did not know how to end, leaving one of these three wars unilaterally. The test for a politician is not how it begins, but how it ends.

Too often portrayed as the Ukrainian question Showdown: Ukraine will go to the west or east. But if Ukraine wants to survive and thrive, it must not be turned into an outpost of one party against another. It should be a bridge between them.

Russia should recognize that attempts to turn Ukraine into a satellite state and thereby move again Russian borders doom her to repeat the self-fulfilling cycle of reciprocal measures pressure in relations with Europe and the United States.

The West must understand that for Russia Ukraine will never become an ordinary foreign state. Russian история began with Kievan Rus. From there came Russian Orthodoxy. Ukraine was part of Russia for centuries, but even before that, their history was closely intertwined. The most important battles for the freedom of Russia, beginning with the battle of Poltava 1709, took place on Ukrainian soil. The Black Sea Fleet, through which Russia projects power into the Mediterranean, is based on a long-term lease agreement in the Crimean city of Sevastopol. Even such famous dissidents as Alexander Solzhenitsyn and Joseph Brodsky insisted that Ukraine is an integral part of Russian history, and of Russia itself.

The European Union must recognize that the slowness of its bureaucracy and the subordination of the strategic element of domestic policy in the negotiations on Ukraine’s relations with Europe have led to the negotiation process becoming a crisis. Foreign policy is the art of prioritization.

The decisive element is the Ukrainians themselves. They live in a country with a complex history and multilingual composition. The western part of Ukraine was annexed to the Soviet Union in 1939, when Stalin and Hitler shared trophies. The Crimea, which consists of Russians on 60 percent, became part of Ukraine only in 1954, when a Ukrainian by birth Nikita Khrushchev awarded this republic in honor of the 300 anniversary of the Russian treaty with the Cossacks. The west of the country is mainly Catholic; The east overwhelmingly professes Russian Orthodoxy. The West speaks Ukrainian; The east speaks mainly Russian. Any attempt by one part of Ukraine to dominate another, which has become a pattern, will eventually lead to a civil war or a split in the country. If we consider Ukraine as a component of the confrontation between the East and the West, then any prospects for creating an international system of cooperation within Russia and the West - and especially Russia and Europe - will be destroyed for decades.

Ukraine is independent only 23 year. Before that, it had been under someone's, but always foreign, power since the 14-th century. Not surprisingly, its leaders have not learned the art of compromise, and even less have mastered the skills of seeing the historical perspective. The policy of Ukraine after gaining independence clearly shows that the root of the problem lies in the attempts of Ukrainian politicians to impose their will on an unruly and persistent part of the country. First, one faction does this, and then another. This is the essence of the conflict between Viktor Yanukovich and his main political rival, Yulia Tymoshenko. They represent the two wings of Ukraine and do not want to share power. A wise US policy towards Ukraine should include seeking opportunities for cooperation between the two parts of the country. We must strive to reconcile the factions, and not to dominate one of them.

But Russia and the West, and most importantly - all the numerous Ukrainian factions - do not follow this principle. Each side only aggravates the situation. Russia will not be able to impose a military solution without self-isolation, and this will happen at a time when its extended borders are in an unreliable state. For the West, demonizing Vladimir Putin is not politics; it is an excuse for not having one.

Putin must come to an understanding that, despite all his complaints and complaints, the policy of military pressure will lead only to the beginning of a new cold war. The United States, for its part, should not treat Russia as a country that has strayed from the right path, which must patiently learn the rules of conduct set by Washington. Putin is a serious strategist on the field of Russian history. Understanding American values ​​and psychology is not its strongest feature. And understanding of Russian history and psychology has never been a strong feature of American political leaders.

Leaders from all sides must return to the analysis of the results and consequences, instead of competing in the posturing. Here are my views on the outcome of corresponding values ​​and security interests of all parties:

1. Ukraine should have the right to freely choose their economic and political ties, including with Europe.

2. Ukraine should not join NATO. I stuck to this position seven years ago, when I first had this question.

3. Ukraine should have every opportunity to create a government corresponding expressed will of the people. Wise Ukrainian leaders in this case will give preference to the policy of reconciliation of different parts of the country. Internationally, they should adopt a policy that is comparable with the policy of Finland. This country leaves no doubt of its full independence and cooperate with the West in most areas, but at the same time carefully avoids political hostility towards Russia.

4. According to the rules of the existing world order, it is unacceptable for Russia to annex Crimea. But relations of Crimea with Ukraine can be made more calm. For these purposes, Russia must recognize the sovereignty of Ukraine over Crimea. Ukraine should expand Crimean autonomy in the elections in the presence of foreign observers. This process should include the removal of any omissions and uncertainties regarding the status of the Black Sea. fleet in the Sevastopol.

These are principles, not prescriptions. Familiar with this region people know that some of them will fall not to the liking of one side or another. But it is more important than absolute satisfaction and dissatisfaction balanced. If not found a solution based on these or similar elements, the slide toward confrontation accelerate. Time for such a decision will come soon enough.

Ctrl Enter
Noticed oshЫbku Highlight text and press. Ctrl + Enter
We are
Kinmen: an outpost of Taiwan off the coast of the PRCResults of the week. “Everything will go like clockwork: at first — in the evenings — singing, then pipes will burst in the toilets ...”
Military Reviewin Yandex News
Military Reviewin Google News
353 comments
Information
Dear reader, to leave comments on the publication, you must sign in.