How fought for 8 Martha 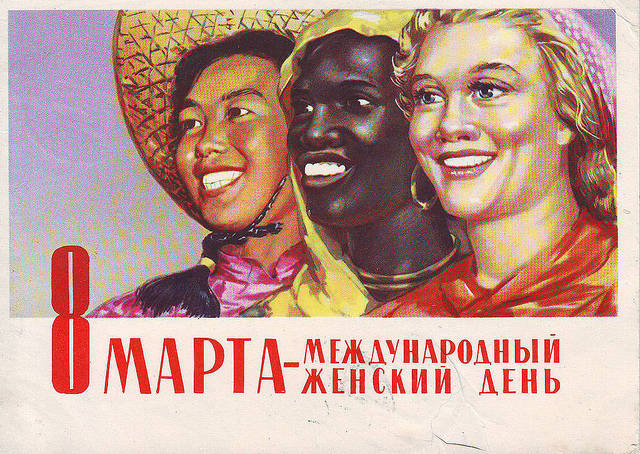 With this issue of our newspaper, readers will probably become familiar later than usual. And they have a good reason - because on this Saturday, first of all, they will not get acquainted with the news, and congratulate your dear, beloved, who make our life more beautiful and kinder. After all, this is International Women's Day.

Perhaps now is not the time for the holidays, but still it is simply impossible to ignore such a date. And it’s not even the fact that it’s “so accepted”, but because women really deserve to have only pleasant surprises for them all day at least once a year. In addition, they had a long time to seek such a right and in general recognition of their equality.

Suffice it to say that as early as the middle of the 19th century, women were almost officially considered, if not “second-rate people,” then at least half of humanity, which has nothing to meddle in the affairs of men. At the same time in every way to exploit their conscience did not interfere. It is not surprising that for the first time as an organized force, it was the working women who most strongly felt the injustice of the way of life that had developed in the patriarchal society. According to one version, the first demonstration - the “march of empty pots” —was held on March 8 in New York on 1857 in New York, and textile workers and seamstresses took part in it, demanding better working conditions, a shorter working day and the same wages. as men. After all, then, we recall, the duration of the working day in light industry reached 16 hours ...

Whether this march took place on this day is not known for certain. It is likely that he had, since it was 8 in March of 1908 of the year (and this is already recorded quite clearly) in the same New York local social-democratic women's organization gathered a rally. Its participants demanded to give the fair sex equal rights (including electoral rights - yes, women were deprived of the right to vote in the “most democratic country” at the beginning of the 20th century), shorten the working day and set the same salary as men. The scale of the action is impressive - more than 15 thousands of women passed through the whole city.

The following year, the Socialist Party of America declared the last Sunday of February as the national women's day, and on 1910, after meeting representatives of the organization at the Second International Conference of Socialist Women in Copenhagen with the communist Clara Zetkin, this initiative was also supported in the Old World.

Already in 1911, International Women's Day was celebrated in Germany, Austria, Denmark and Switzerland, and through 2 of the year - also in France, Russia, the Czech Republic, Hungary, the Netherlands. True, in each country rallies and processions that attracted public attention to women's issues took place on different days, namely, March 8, this action took place in 1914 in Austria, Denmark, Germany, the Netherlands, Russia and Switzerland. And soon, partial success was achieved - until 1917, the right to vote (full or partial) was guaranteed to residents of Australia, Finland, Norway, Denmark, Iceland.

It is worth noting the fact that 8 March in a new style, when the February 1917 revolution of the year began, was one of the first to strike ... again, women textile workers from the Vyborg district of Petrograd. And they demanded not only bread, that is, the satisfaction of elementary human needs, but also ensuring equality - a social need of a higher level. So, in the literal sense of the word, the Russian workers wanted to be full of bread.

In memory of this event in 1921, after the victory of the socialist revolution, at the 2 Communist Women's Conference it was decided to celebrate the International Women's Day 8 in March. True, it became a holiday and non-working day only with the 1966 of the year, in accordance with the decree of the Presidium of the USSR Supreme Soviet. The political coloring of this date faded somewhat with time, which was primarily due to the fact that in the USSR women already achieved full equality in all spheres of life. But at the same time, they did not stop the struggle for it to triumph throughout the world, and their opinion was listened to by the UN: since 1975, she, in connection with the International Year of Women, began March 8 to celebrate International Women's Day. And now the tradition has become truly universal.