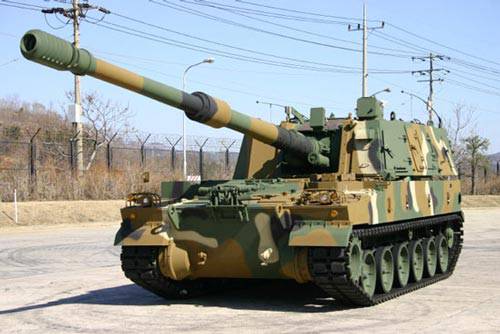 Forecast International, Inc., a company engaged in research and analysis of the armaments market, after examining the self-propelled artillery mounts market, concluded that in the next ten years, the South Korean K9 Thunder unit from Samsung Techwin will be the most popular and popular ACS.

In the middle of the 90 of the last century, the Samsung Techwin Corporation commissioned the Ministry of Defense of the Republic of Korea to develop and build a self-propelled artillery system, which was designated K9 Thunder. The K9 Thunder ACS was developed in addition to the K55 ACS in service with the South Korean army and their subsequent full replacement with new installations.

The K9 Thunder ACS development program was launched in 1989 year. The first tests of the first prototype of the new self-propelled system took place in the 1996 year. Two years later, in the winter of 1998, the Korean government signed a contract with Samsung Techwin for the supply of a new howitzer, and already in 1999, the first batch of K9 Thunder entered the armed forces.

The new ACS has significantly increased the capabilities of the army artillery, since it has a long range of fire and is distinguished by good security and mobility. Each battalion of SAU K9 Thunder has three batteries of six installations each. The K9 Thunder howitzer is used in groups with an automatic K10 ammunition replenishment vehicle. 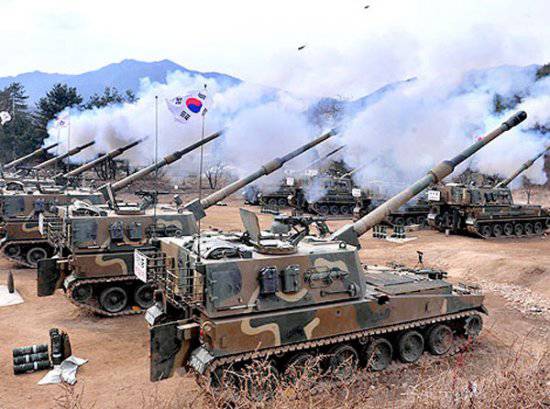 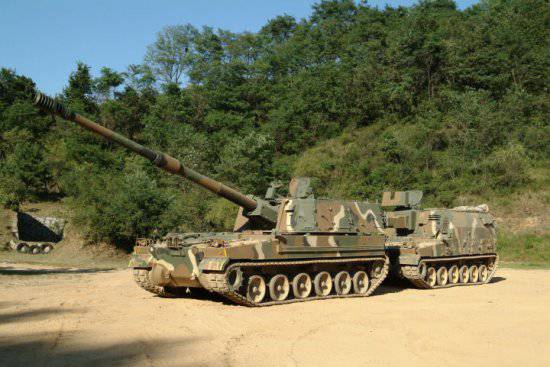 The K9 Thunder turret and hull are completely welded from sheets of steel rolled armor, which protects the crew from small-arms fire. weapons, as well as fragments of mines and shells. Standard installation equipment includes a system of protection against weapons of mass destruction, a heater, communications equipment, a fire prevention system, and a set of night-vision devices. The self-propelled crew consists of five people: the commander, driver, gunner and two loaders.

The machine has a diesel engine MTU 881 series, which develops power 735 kW. The diesel engine is interlocked with an automatic transmission XI 100-4АZ of the Allison company, which provides forward movement in four gears and reverse gear in two. The power plant allows the car to move on paved roads with a maximum speed of 67 km / h, while the power reserve is 480 km. Self-propelled howitzer K9 Thunder has a hydropneumatic suspension, has a high maneuverability and smoothness.

A long-barreled 155-mm howitzer, equipped with a slit muzzle brake and an ejector, is installed in the tower of circular rotation. On the gun barrel there is a sensor for the initial velocity of the projectile, which transmits the received information to the onboard computer. On the roof of the tower mounted 12,7-mm machine gun for firing at ground and air targets.

When firing projectiles ERFB-HE (active-high-explosive projectile with a leading belt), the maximum range is 50 km, when using an active-rocket projectile - 40 km. The crew can open fire in just 30 seconds after stopping the machine. His shells fly to the same target along different trajectories, this allows you to destroy the enemy with 100% probability. Possible shooting nuclear warheads. 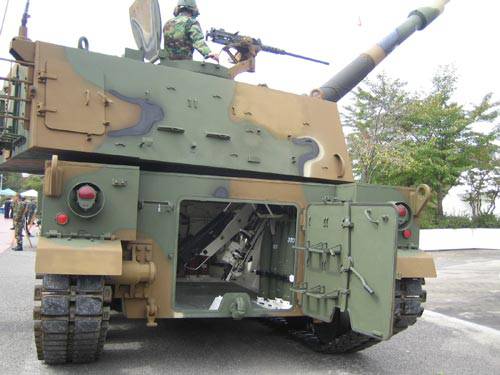 According to Forecast International, Inc., at present, the global market for ACS can be divided into three categories - classic self-propelled howitzers developed during the Cold War years, mobile artillery systems based mainly on wheeled chassis and promising high-tech developments using the latest new technologies.

However, military experts and analysts say that despite the emergence of new promising weapons in this field, the “classic” self-propelled guns will remain and will remain the most popular and popular.

The conclusions of the experts are confirmed by the concluded contracts. The first country with which the Koreans signed an export contract was Turkey. In 2004, the Turks received the first batch of K9 Thunder and a license to manufacture this plant domestically, the cost of the transaction amounted to a billion dollars. The Turkish version of the K9 Thunder received the designation T-155 Firtina. 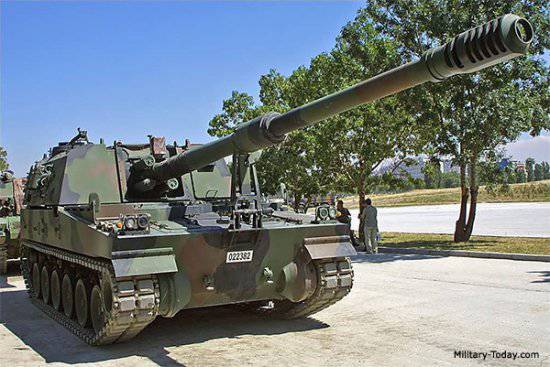 In addition to the Korean K9 Thunder (together with the licensed Turkish system TUSpH Storm), which will account for up to 21,76 percent of the market in the next ten years, the American M109 produced by BAE Systems Land & Armaments will remain a popular SAU, which again confirms the findings of experts. 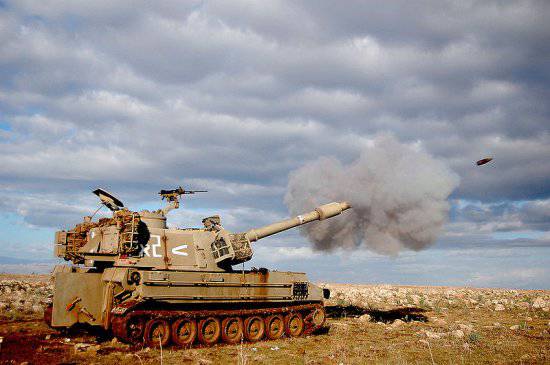