The American Conservative: Russia is better not to provoke

March 8 2014
92
American politician and publicist Patrick Buchanan is confident that after the collapse of the Soviet Union, Vladimir Putin considers himself to be a defender of the Russian population who remained outside Russia. It is not surprising that the current political situation in the country is very similar to the mood in Germany after the First World War. 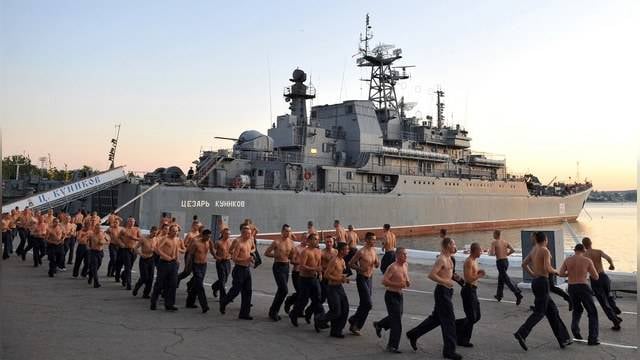 Analyzing the motives and actions of Vladimir Putin, Hillary Clinton compared him with Adolf Hitler. And as always I was mistaken. After 12 years in power, Hitler was dead, but during this time he destroyed millions and captured Europe from the Atlantic to the Urals. And Putin? After staying in power for 13 years and facing a crisis in Ukraine, he ordered his soldiers in Crimea to take control of this small peninsula, where Russia has been deploying its Black Sea fleet since the days of Napoleon. According to the Wall Street Journal, it was a blitzkrieg.

But as of today, this “blitzkrieg” is less bloody than Andrew Jackson’s seizure of our Florida. General Jackson killed the Indians, put the Spaniards on the boats and sent them to Cuba, and also hung the British. And we Americans liked it very much.

Nevertheless, there are some similarities between the motives of the Russian nationalist Putin and the Austrian corporal. Hitler began his war with sharp indignations about what was done to Germany after 11 November 1918. The Kaiser armies defeated the Russian empire, the Italians under Caporetto, and fought with the Western allies in France in a positional war, until two million Americans turned their backs on 1918. When Berlin accepted the terms of a truce based on President Wilson’s 14 points, there was not a single soldier from the Allied armies on German soil.

But in Paris, the Allies continued to tear apart disarmed Germany. They confiscated the entire German Empire. The Eupen-Malmedy district was cut off from Germany and transferred to Belgium. Alsace-Lorraine took France. South Tyrol was cut off from Austria and given to Italy. Under the rule of Czechoslovakia, 3,25 was given a million Sudeten Germans. The German port of Danzig was given to a new Poland, which also received an 130-kilometer strip of land from Silesia to the sea, with the result that Germany was cut in two. The Germans were told that they could not form an economic union with Austria, could not have an army of more than 100 000 people and could not deploy soldiers west of the Rhine. It is in its own country. Probably, this Carthaginian world can be understood if you think about the losses of the allies. But it was crazy if the allies wanted a lasting and unshakable peace.

General Hans von Seekt (Hans Von Seeckt) predicted what would happen next. When we again take power, he declared, "we, naturally, will return everything that we have lost." When Hitler came to power in 1933, he wrote off the land given to Belgium, France and Italy, because he didn’t want to wage war with the West. But he decided to return the lands and people lost by Germany in the East. In 1935, Hitler introduced military service, sent his soldiers back to the Rhineland in 1936, annexed Austria in 1938, and in the same year in Munich, he demanded that the Sudetenland given to Czechoslovakia be returned to him - and received it. He then began negotiations with the Polish colonels, who joined him in the division of Czechoslovakia, and began to seek the return of Danzig, when Britain provided military guarantees to Warsaw, greatly frightening the Poles. Infuriated by the inflexibility of the Poles, Hitler attacked them. Britain and France declared war on him. Everything else we know from stories.

And what does this have to Putin? He also believes that his country after the Cold War was humiliated and that she was treated disgustingly. He considers himself the protector of the Russians who remained outside Russia after the collapse of the Soviet Union. In the period from 1989 to 1991, Mikhail Gorbachev gave freedom to the enslaved countries of Eastern Europe, allowed the collapse of the Soviet Union and its division into 15 states, and extended a hand of friendship to the Americans. And what have we done? NATO advanced directly to the Russian threshold. We have included all the liberated countries of Eastern Europe in our military alliance, having also accepted three former Soviet republics in it. The war party attempted to involve Georgia and Ukraine in the North Atlantic Alliance, created to contain Russia, and, if necessary, to fight it. If this party had achieved its goal, we in 2008 could start a war with Russia because of Georgia and South Ossetia, and today - because of the Crimea.

And now we hear new calls for Ukraine and Georgia to join NATO. Are these people in their minds? The five American presidents, who were threatened by much more severe actions by the much more dangerous Soviet Union (Truman, Eisenhower, John Kennedy, Johnson, Reagan), refused to even threaten Russia with the use of force east of the Elbe.

These presidents ruled out the use of force during the blockade of Berlin in 1961, during the revolution in Hungary in 1956, during the construction of the Berlin Wall in 1961, during the Warsaw Pact invasion of Czechoslovakia in 1968 and during the suppression of Solidarity ”in Poland in 1981. And today, according to our obligations, we will have to fight for Lithuania and Estonia if necessary. Obama sends F-14 planes to Latvia, where half a million Russians live, and the War Party wants to send Sixth ships to the Black Sea fleet.

If this is the second cold war or the US-Russian war, then tomorrow’s historians will point out to the Bushs and the Clintons, who have thrown NATO at Moscow, as today's historians point to people in Paris who in 1919 put the Versailles Treaty into defeated Germany.

Ctrl Enter
Noticed oshЫbku Highlight text and press. Ctrl + Enter
We are
Results of the week. "Another small, but rather big question"Geopolitical mosaic: militants run from Aleppo, and Buchanan said Obama's wars are naive, and America will have to get out of the Middle East
Military Reviewin Yandex News
Military Reviewin Google News
92 comments
Information
Dear reader, to leave comments on the publication, you must sign in.