How will the reduction of the army affect US combat effectiveness? 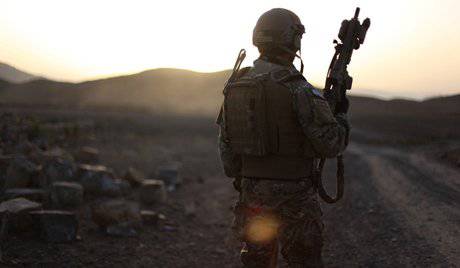 The United States intends to reduce the size of its ground forces to the lowest level since the Second World War. According to expert estimates, this will in no way affect their combat capability and will not change the vector of aggressive foreign policy of the state.

According to the plans announced by the Pentagon, it is about reducing the number of the US Army (ground forces) from the current 490 thousand to 440 – 450 thousand people. Such reductions will begin next autumn, as foreseen by the US defense budget for the 2015 fiscal year. This is due to the fact that the Americans come to the fore precision weapon, considers the chief editor of the magazine "National Defense" Igor Korotchenko:

"The United States has been waging contactless wars for the last twenty years. Very rarely, when they need the physical presence of ground forces in a given territory. For this, the number of personnel to which the Americans will come as a result of all reductions is enough. I am absolutely convinced that this is by no means will not affect the US military capabilities.

It's just that Americans are pragmatists. The decommissioning of old attack aircraft, which were supposed to reflect the attack of the Soviet tank armada to Europe is a tribute to the times. It is clear that Russia is not going to attack. Why then keep so many obsolete aircraft, especially under budget constraints?

The Pentagon remains muscular. The US military budget still exceeds the military budgets of all other countries combined, including Russia and China. Therefore, no need to relax in any way. "

Paradoxically, cuts aim to make the American army stronger. This is an increase in the capabilities of the United States to wage a new type of war. The role of nuclear weapons in their strategy is decreasing. The same tasks can now be solved in a more efficient, but cheaper way.

At the same time, the costs of providing personnel in the draft defense budget have changed to a minimal extent and amount to 56 billions of dollars. This graph is one of the biggest expenses of the ground forces - 46 percent of the total budget. Experts believe that in the near future, the training of American soldiers will be held at a more modest level compared to that supported by the leadership of the Pentagon.

The US National Guard, due to insufficient funding, moved to a maximum company level exercise. Land Forces will be sent to the National Training Center only by brigades whose personnel will be deployed in South Korea or Afghanistan, or by units of the 82 Airborne Division, which is designed to respond quickly to crisis situations arising anywhere in the world.

Actually, simultaneously with the reduction of ground forces, the Pentagon is accelerating the modernization of key weapons. As a result, he wants to get armed forces capable of a wide variety of threats, including terrorism and cyber attacks. As part of the military reform, the Americans intend to transfer all AH-64 Apache helicopters (Apache), which are at the disposal of the National Guard, to the ground forces for their reconnaissance missions. The OH-58 Kiowa Warrior helicopters used as reconnaissance aircraft may be decommissioned. It is planned to allocate money for the purchase of XHUMX UH-55 Lakota helicopters (Lakota) and the modernization of Black Hawk UH-72 helicopters (Black Hawk).

The problem is that the United States has a professional army, which requires more resources than a draft army. Today, the Pentagon must make significant efforts to ensure the recruitment of troops and to keep in the service of the most experienced military personnel. And every year these efforts require more and more. Today, only one in four American citizens between the ages of 17 and 24 is eligible to serve in the Army. And in the 2015 year, according to army experts, it will be only one of five young people.

Currently, 20% of Americans aged from 12 to 19 years are overweight, and this trend will only continue to grow in the future. In addition, more than 20% of Americans cannot graduate from high school, and of course, it is difficult for them to master modern military equipment. The most problematic issue is the management of recruits. On the search for future soldiers and officers, on their selection, preparation and appointment in parts, on average, it takes from one to one and a half years. It takes even more time to turn them into professional fighters.

In other words, military reform in the United States is a forced decision. On the other hand, America does not need such a large army, which cannot be said about Russia, where even a million army is not enough to physically cover the borders. That is why Russia does not make sense to respond to the United States with a similar reduction in its armed forces. Igor Korotchenko explained:

"If we look at the USA, then this country does not have a threat of land invasion. On the one hand, Canada, on the other, Mexico. It is clear that from there no land groups will invade the US. This is possible in principle.

Russia must defend its border. It is very long. There are pockets of military activity in neighboring states. Therefore, the Russian armed forces face other challenges. Where the United States solves the problem with parts of the National Guard, Russia needs military garrisons to ensure its security.

In addition, let's not forget that the United States does not act alone. They belong to NATO. The combined forces of the alliance exceed the number of Russian 4 times.

The United States has other priorities. They have an expansion policy. American tactical nuclear weapons are still in Europe. There they are going to create missile defense. Americans implement the tactics of advanced presence: they have hundreds of military bases in various parts of the world. Finally, they have over a dozen powerful carrier strike groups. Those. the US has a different than Russian concept of foreign policy. Consequently, a different configuration of the armed forces.

In Russia there is a comprehensive development of the army. Change tasks. New groups will be deployed in the Arctic. I think that each type and class of the armed forces is given due attention. The only exception is nuclear forces. They equalize Russia's chances where it cannot maintain the balance at the level of conventional armaments. "

Even after cuts, the US Army will be ready to wage a full-scale war, while holding back enemy aggression in other regions of the Earth (it was previously assumed that two full-scale wars would be waged simultaneously). To this day, the American army remains the most powerful military force on the planet.

The abbreviation is not the "courtesy" of the Americans, not a demonstration of their peacefulness, and not the surrender of geopolitical positions. This is a bold, but no less calculating step, designed not only to preserve the status quo, but also to consolidate its exclusive position as a superpower.