"There is a danger of provocations." The deputy of the Crimean parliament told about the atmosphere in which the historic decision was made to reunite with Russia 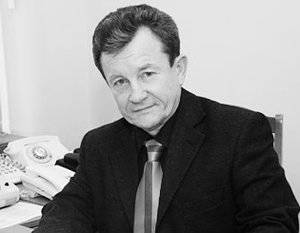 “We have been working on these issues for more than one day and not one week ... The decision to hold the referendum was made standing up - that is, the atmosphere was so joyful,” said Crimean Supreme Council deputy Valery Kosarev to the newspaper VZGLYAD. So he commented historical Parliament decision on joining Russia.


The Supreme Council of Crimea on Thursday adopted a decision of principle on joining Russia as a subject. This decision has yet to be approved in a referendum, which the authorities of the autonomy appointed for March 16.

According to the newspaper VIEW, after the Supreme Council meeting, one of the deputies came to the people gathered in front of the building and announced the decision: “First - the decision was made to join the Russian Federation as a subject of the Russian Federation, second, the referendum will be held on March 16”. People met these words chanting "Russia!". Currently, on the square in front of the building of the Supreme Council, several thousand people have gathered, holding in their hands the flags of Russia and Crimea.

Valery Kosarev, member of the Presidium of the Supreme Council, told the newspaper VIEW of why the deputies decided to hurry up with the referendum.


VIEW: Valery Evgenievich, in what situation, on what emotional background was the decision about the referendum made?

Valery Kosarev: The situation is alarming since ever, when the SBU buildings, the regional executive committee’s buildings, began to be set on fire, when a portrait of Bandera appeared in the central square instead of Taras Shevchenko’s portrait. When they began to oppress the Russian-speaking population. Therefore, we decided to hold a referendum and decide how to proceed.

The session was attended by 86 deputies. Of these, 78 fully supported our decision to enter the March 16 referendum, as well as the issues that will stand on it. The decision to hold a referendum was made standing up — that is, the atmosphere was so joyful.

VIEW: Who prepared the wording of the questions?

VIEW: Were other options discussed?

VC.: Not. We have already worked on these issues for more than one day and one week.

VIEW: Eight deputies did not support the decision. How did they argue their refusal?

VC.: I do not know why they voted against. It was important for me to make this decision, and we made it. For us, the most important thing was the number 78.

VIEW: Deputies from the number of Crimean Tatars were at the meeting? As far as we know, most Tatars oppose the referendum ...

VC.: I did not see at the session whether there were representatives of the Crimean Tatars there. I do not know where such data comes from, which most do not support. Who gives them? There is an ambiguous opinion among the Crimean Tatars. Their head covers the point of view of the Mejlis, but even in the Mejlis itself, opinions on this issue are divided. There are other Tatar organizations that are for. They disagree with the Majlis and will support the referendum. As far as I know, they will perform on Friday. I even know specific people who are going to appear in the press in support of the referendum tomorrow.

VIEW: Where were the “armed people from the forces of self-defense” who, as is known, took protection of the parliament even February 27 during the voting?

VC.: As we just do not show, and at the barrels of machine guns ... No self-defense forces! They left the building of the Supreme Council of Crimea long ago. Long! We work in normal mode. Today, the Armed Forces are guarded by police units - five to six people, as has always been the case, and also by the Crimean Berkut. Berkutovtsev I did not consider. Today there is a danger of provocations; earlier, as you know, attempts were made to seize the building.

VIEW: Why did you decide to move the referendum from 30 to March 16?

VC.: The Kiev authorities today declare that they do not recognize any referendum. Attempts are being made to disrupt the referendum, we fear provocations, exacerbating the situation. A delay in holding a referendum will simply lead to its breakdown. Since they now call it illegal, then what to talk about? The population of the Crimea has long been determined where to go.

VIEW: As the First Deputy Prime Minister of Crimea Rustam Temirgaliyev promised, if the Crimeans do not support the decision of the Supreme Council, the parliamentarians will resign. Will you also pass the mandate?

VC.: This is illogical. We will work as we did. We are a legitimate authority. But we are sure that the population will vote for. We did not conduct such surveys, but we know the aspirations of the Crimean people. It did not happen today and is not even connected with Maidan. Independence only spurred these processes. If he hadn’t spurred, the referendum would have passed in a year, in two. But historical justice would still triumph.

VIEW: Perhaps Kiev will still try to disrupt the vote. Who now controls the border with Ukraine? Is it self-defense or border guards?

VC.: I think there are those and others. No Bandera there. The forces of self-defense, wherever they stand today, their goal is only one — that the Right Sector representatives and extremists do not come here today, so that we are not created provocations here, do not create Maidans and squabbles. To prevent this, there are self-defense forces.

Ctrl Enter
Noticed oshЫbku Highlight text and press. Ctrl + Enter
We are
Almost everyone will be at the referendum. ” Leader of protest in Kharkiv region told whether his region will demand secession from UkrainePyrrhic victory of Riga - ...
Military Reviewin Yandex News
Military Reviewin Google News
12 comments
Information
Dear reader, to leave comments on the publication, you must sign in.