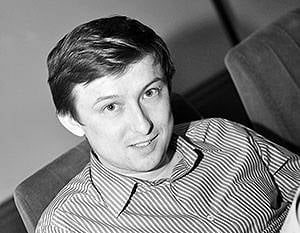 Many myths are collapsing now. And if the liberal are so miserable that they are not even interesting for an answer, then I would like to mention patriotic myths that have now collapsed loudly.


The trade patriots shouted a lot and loudly that our army was weak and almost destroyed. I remember how the expert Konstantin Sivkov agreed at one seminar that NATO did not attack Russia just because there are fools who, unlike the valiant analyst, don’t know that Russia has neither airplanes nor tanksnor a nuclear shield.

Such experts have created a stable myth, which is now bursting at the seams and makes you think about the motives of the experts themselves. I would like to hear explanations from them, how does Russia regain the Crimea for a destroyed army?

After all, it’s not so much about polite people and their uniforms. Only a very confident country, almost a power, can afford such an operation with an efficient army, against which even the world gendarme does not dare to speak openly.

Large-scale and frequent exercises can not afford a poor country with a plundered budget, which is painted to us by trade unionists.

In recent days, another old and seemingly convincing myth has fallen - about Russia's criminal dependence on the West, dependence on the import of goods and investments. They say that in case of necessity of exacerbation of political relations with the West, they will block financial oxygen for us, arrange a trade blockade - and Russia will collapse. And what do we see now?

With the ultra-high tension of Russia's relations with the West, which even surpasses the Caribbean crisis, the West dares to harsh words and sanctions to individual officials. There is no talk of a blockade or an iron curtain for the whole of Russia.

It turned out that the West itself is no less dependent on Russia - in the provision of resources and in terms of the market for goods. Even limiting the supply of resources from Russia or goods to Russia, not to mention a complete refusal, will instantly nullify all the titanic efforts of the same European Union to overcome the crisis. So they snap their teeth in the air, not being able to bite. Because they understand that they will bite themselves first of all by the tail.

Yes, in the classical sense, dependence on a potential enemy is indeed a weakness and a guarantee of defeat. However, in today's open world, things are not so straightforward. With well-built diversified openness, you can not just benefit, but also nullify the politically motivated blockade of the country.

You need to understand the difference in the types of openness. In 90-s, Russia opened itself to the detriment of itself, under Putin, with profit and rationally: when calculating all the consequences and firmly defending its interests. In addition, in recent years, Russia has staked on cooperation with the East and the BRICS countries. Moscow, in fact, prepared the formation of an anti-Western non-dollar coalition of the countries of the world, which are commonly called developing.

That is, the strategic stake was made not to dissociate from the world under the threat of future Western aggression, but to create an alternative to the West through openness to the whole world. And now it is noticeable that this rate was the only correct one.

The East will not turn away from us and will cooperate with each year more and more, but the West will not go anywhere either. At least in the coming years. After that, he may no longer be needed - neither Russia, nor anyone else on the planet.