Eurasian Union and Latin America-2: what we will turn the United States into 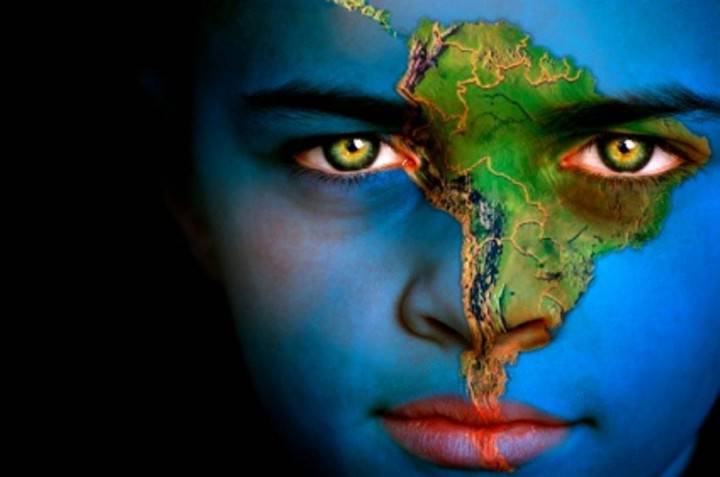 Does Russia have the right and real opportunity to intervene in the political development of a region that is in the interests of the United States? Washington, it would seem, never let go of Latin America.

The United States is favored by geographic proximity, economic ties, a two-century tradition of monopolistic management of US domestic affairs according to the Monroe Doctrine and a timely response to the restoration of the former influence in the region. The State Department has an adequate understanding of the situation.

The USA and the Russian Federation: Who Will Become a Guide to Integration in Latin America?

Seeing that the countries of the region are gaining strength, in 2008 the Southern Command of the US forces (the zone of responsibility - Latin America, headquarters - Miami, Florida) was strengthened by the restored 4th fleet Navy. This unit existed from 1943 to 1950, was used during the Second World War, but shortly after its end it was disbanded as unnecessary. Now, obviously, the need arose again.

Also, the United States is concerned about the promotion of its partners as leaders of integration. First of all, we are talking about Mexico - the most powerful Spanish-speaking country in the region, the second economy in Latin America after Brazil. So maybe in the Western Hemisphere we should confine ourselves to economic cooperation?

However, regardless of our answer on the spot, the question is perceived quite clearly. Any presence of Russia (and of Belarus, which is actively promoting its interests in Venezuela), is an intervention in the sphere of interests of Washington. In November, 2013, Russia twice faced protests from Colombia - another ally of the United States.

The first case was associated with the transfer of Tu-160 bombers from Nicaragua to Venezuela. The fact is that Colombia, contrary to the decisions of the international court of the UN, claims to the waters of the Caribbean Sea directly off the coast of Nicaragua. Thus, flying over the territorial waters of Nicaragua towards Venezuela, the planes allegedly “violated” the airspace of Colombia. Of course, it was just a reason.

However, it is possible without any reason. Only hushed up the issue with the passage of the bombers, as the Colombian parliament began to hysteric about the fact that Russia is violating the current military-political balance in the region. Almost not going to fight on the side of Nicaragua. Allegedly, a Russian naval officer said so. The Foreign Ministry was justified, many words were said that “the interaction of Russia with the countries of the region invariably characterizes a constructive mindset based on mutual respect.” In short, the conflict settled. But the sediment remained.

The main principle is to play seriously

From these examples it is important to draw the right conclusions. The point is not how unfriendly Russians are greeted in certain countries of Latin America. In some, on the contrary, it is very friendly. But both friends and enemies rightly believe that non-political cooperation does not exist. If Russia is working in Latin America, then it is also in the game. It will not be limited to "mutually beneficial relations" in the economic sphere. Together with cooperation, Russia is posting its political map of the world to the region, as the Soviet Union once brought the communist catechism to this continent.

No need to shyly disguise your values ​​under the banal desire for profit. The United States talks a lot about democracy and other “global assets” (if it can be translated from the English global commons) - for them this is the dimensional scale of all world processes. But we also have certain guidelines. They need to be called.

Russia and other countries of the Customs Union are in favor of uniting culturally and ethnically close peoples of Latin America - just like integration in Eurasia. Russia sells modern weapons systems because it supports the willingness of the states of the western hemisphere to defend their independence. We profess universal principles, why hide them? Yes, while this policy is also economically beneficial. Naturally.

We do not know how the political development of the western hemisphere will actually go, but the most general trends are already visible. Latin America is not only changing itself, it is also changing the neighboring United States. Changes their cultural, religious and linguistic appearance. Soon the Americans will switch from whiskey and bourbon to tequila. The Great American high-tech wall, which was built along the Mexican border, does not help migrants either.

Here are the statistics: in the US 1980 there were 14 million Latin Americans, now their 52 million, including illegal migrants. How many will be in just a few decades? Moreover, unlike immigrants from other parts of the world, “Latinos” retain their culture, language, Catholic faith, and their corresponding attitude towards marriage, abortion, and children. In addition, they settle mainly in the southern states. Thus, by the middle of the XXI century, either the United States will become another country, or in the south it will not be the United States at all. However, in this case, the established communication with Latin America will not be superfluous.