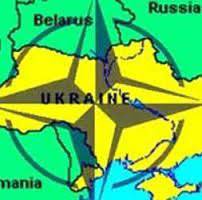 We still have time to marvel at the new laws and decrees of the current Ukrainian government. On that they and new to publicly declare themselves any absurdities, the main thing - to be remembered. What is the attempt to ban in the "Square" of the Russian language, which is spoken by half of the population of the country. And this is characteristic: the majority of directives now being adopted directly or indirectly concern Russia, which is seen from Kiev as a dark and hostile force for “Nenko of Ukraine”. Already, names similar in sound to the Russians should not be among Ukrainian children. For some reason, the ban was made in the first place by Masha, that is, Mary, who in the open spaces from Donetsk to Lviv can be counted hundreds of thousands.


All this reminds childish horror stories about babayku. Children seem to know that there is no babak, but they actively play along and are desperately afraid. So any movement on the part of Russia is perceived by the new Ukrainian government as a threat. Military training? Well, this klyatye Muscovites will invade the "Square", will pass through it with fire and sword. Naturally, the new government will be swept away, the psychology of the Maidan suggests so. They have thrown off their power by force, not giving a damn about legality, - that’s why they are afraid of a “mirror response”. The Russian president said to the whole world: there will be no troops. But Maidan, inclined to default on his own obligations, does not believe others either, believing it is obvious that in politics, as in a provincial flea market: do not be fooled - you will not live. And feverishly seeking protection in case they are punished, apparently feeling inwardly the justice of such a punishment.

Ukraine is difficult to defend. Firstly, the army as such is no longer in the country - it was destroyed. And what is the combat readiness, when a couple of hundreds of nationalists with clubs can block a military unit? Secondly, there are practically no volunteers to get under the gun - the announced general mobilization gathered a percentage of the draft contingent in the military offices of 1,5. Third, the overwhelming and sensible part of the country's population simply does not believe in the likelihood of Ukraine’s war with Russia, with the exception of the western regions, which, it seems, did not come out of their Bandera underground after the end of the forties.

It remains for Ukraine to seek an external defender. Belarus - as an ally of Russia - does not fit; Poland is historically inclined to seize Ukrainian lands rather than defend. In general, there is no nearby worthy "zakhistnika." But there is NATO, under whose wing all offended and oppressed by Russia are taking refuge. Here in the North Atlantic Alliance Ukraine and requested. Or rather, not the whole country, but representatives of the new government in the person of the deputies of the Verkhovna Rada from the Batkivshchyna party, whose activists only recently so boldly threw unarmed militiamen with Molotov cocktails on the Maidan. They introduced a bill - in fact, on the country's accession to NATO.

The argument is the same - you need to protect yourself from the grandmother. Moreover, the alliance itself is frightened by the fact that the Russian-Ukrainian situation threatens with conflict with disastrous consequences for the entire region. They say that not only they will get one, unless urgent measures are taken. Under urgent measures, Ukraine, according to the assurances of the new government, implies the deployment of NATO military units on its territory. Well, he promises to help the placement of the European missile defense systems in close proximity to the borders of Russia.

With its actions, the new government in Ukraine now resembles a damsel of easy virtue who flirts with a foreign soldier in the hope that he will pay the money and protect him if anything happens. Forgetting at the same time that the soldier will not be expelled later, he will prefer to pay off on a far foreign side with a bullet rather than a coin.

However, the question of Ukraine’s accession to NATO, which, according to some Ukrainian politicians, guarantees its complete security and integrity, is very controversial and certainly protracted in time. And here the opposite effect is likely - flirting with the alliance will only push the southeast regions to secede. In this case, the civil war in Ukraine is almost inevitable, and even then the Russian army will not remain indifferent - Vladimir Putin has clearly defined our country's position on the protection of compatriots.

Another caveat: Ukraine doesn’t really need the alliance itself. At least, when in the 2010 year, President Yanukovych abolished the commission for preparing to join the bloc, NATO representatives said they were not upset. Calling such a decision "internal matter" of the country. And now the Americans are well aware that any attempts to deploy missile defense systems on the territory of Ukraine will lead to "asymmetric" measures on the part of Russia. As it was, for example, in the situation with Poland, when the likelihood of the emergence of a European missile defense system there led to a statement about the deployment of Iskander Russian missile systems on the territory of the Kaliningrad region. The Polish project then hastily turned down. As they say, draw conclusions.

Ctrl Enter
Noticed oshЫbku Highlight text and press. Ctrl + Enter
We are
A great interview with Sergey Lavrov: about Ukraine, Obama and IranWhat you didn't want to know about England
Military Reviewin Yandex News
Military Reviewin Google News
141 comment
Information
Dear reader, to leave comments on the publication, you must sign in.