March 7 2014
29
Friends, patriots of Great Russia, about the Crimea article, in Vedomosti.ru 01.03.2014 "It happened before", professors Zubov, forced to express the opinion of an unlearned commoner.


Why “prof. zubovyh, you ask? Yes, because there are many of them, who, using secular education, write to us history countries and lead away from the causes. Yesterday in Vesti, for example, Brylev, drew parallels with the 1933 year and the war in Paraguay, what is all this about?

Why do the “scientists” keep silent about the true centers of power: who sponsored Hitler, who built the blast furnaces in Russia - did the business of industrialization, who finally sponsored the VOR (Great October)? There is no one ...

No names, no nationalities, no positions, some common definitions: Americans, Germans, French, Russians, and so on. So who muddies the water? American steel makers, French shipbuilders, or other "trade unions" who have different interests?

Without going into the plots of elites, I first want to define the concepts of words, and give a thesis, and then substantiate it.

So who is “Russian”? The last 1000 years for example. Unfortunately, even priest Ivan Okhlobystin, to Posner's question, did not answer clearly. He began to speak for a few minutes, about some kind of common super-idea. In my opinion, Nikolai Gogol gave a brilliant definition:

“Ostap and Andria seemed extremely strange that with them, the people’s death came to Sich and even if someone asked: where did these people come from, who are they and what are their names. They came here, as if returning to their own home, from which they had just left an hour before. The one who came was only to the Kosovo; who used to say:
- Hello! What do you believe in Christ?
- I believe! - answered come.
- And you believe in the holy trinity?
- I believe!
- And go to church?
- I go!
- Well, cross!
The one who came was baptized.
“Well, well,” replied Koseva, “go to that one, and you know the hen.”
This ended the whole ceremony. "

Why ask about the Trinity? This is a dogmatic difference between the Orthodox (Orthodox) Church and the Catholic Church and those that have sprung from the “Pope of Rome”: Protestants, Lutherans, etc.

Thesis: they, these “zubovs,” are non-Russians. Something like Leo Tolstoy, the “mirror of the Russian revolution”, excommunicated, eventually from the church. For them, Russia is a common word: birch trees, bears, kokoshniks, grace ..., in general, these monsters are like this, let them dance, but they do not climb.
If they are non-Russians, then who are they? Let's call them common: "Anti-Christian Cohort", "AK".

This “AK” is afraid of a strong Russia, a united Russian people. She forgets to say that the map of the Russian Empire has been more than the area of ​​the USSR, and it has not been a hundred years since. Soon, there will be a hundred - in 2017.

At the Olympics, it also doesn’t occur to commentators that we would not lose to the Finnish hockey team, for the simple reason that the Finns were part of the Republic of Ingushetia, and thanks to the Republic of Ingushetia, there is such a thing as Finland as a country. The opening of the Olympiad is the same ernst 6 region: the dome without crosses, the dismemberment of the USSR in the form of a Mukhina masterpiece. 1 channel chants come to mind: "Come on Russia, come on, come on. Come on beautifully, come on, come on." And in all the ambiguity of some kind, understatement. Well, okay, back to the topic of Crimea.

Crimea and fragments of the Empire.

What do we say about the Crimea? Also, not a word from the screen: about the history of the Republic of Ingushetia, about the unification of Ukraine, Belarus, Russia into one state. Yes, fraternal peoples, but a common history, but at the same time: “they have the right to self-determination” and the like. The question is why?

The answer is simple: the leadership of the country, from the same “Anti-Christian Cohort”. This "AK" does not see Great Russia, they do not need it. Money in the accounts abroad, real estate trying to buy there, just in case.

The fight goes for resources. Today’s elite know how much is still in the depths of the country, and tries to protect the privatized under the guise of remnants of Russian patriotism. At the same time, realizing that in isolation, like the USSR, they cannot exist, a line is being pursued towards unification with Europe. For this, they "fed" Ukraine. I emphasize, it was "fed", not otherwise.

Yes, the United States has its own interest, global domination, military bases near Russia. But this is one side of the coin, the second player is Europe. The GDP came from there, the Fradkovs, Matvienko, Rogozins were trained there. This explains the strange orders of ships in France, purchases in Italy and Germany.
Generally, they oppose two camps: euro-dollar, Boeing-Airbus, Dzhugashvili-Bronstein, Sephardic-Ashkenazi, friends rule the world, “golden calf”. The third player, disappeared in 1917 year, he was saddled.

But it does not matter, for many of us, for those who protect the monuments to Lenin from demolition, considers the works of Satanist Marx to be the pinnacle of human thought. They are like ducks from an incubator - they think that a man, it is their mother - a duck, they are running after him in a line. Also, never seeing the sun, squeeze on a bright light bulb.

For them, moreover, it is a mystery, the mores of modern youth - dancing on monuments, several million aborted babies a year. They do not agree that this is the result of the atheism of their ancestors, on the contrary, looking at the golden domes, I say: "the priests are completely obese." The Patriarch's watch has been churning for years, while the Pope, who has a whole state - the Vatican, has not a word against it. Even more than that, they love to look in the newshow the Pope releases white doves, rides in a "papomobile". Why, this is Italy, not our poor. It is also important for us who gave birth to Kate Middleton, who is the heir to the British crown.

What is the unity here? What can you do, what can I say? Never mind… 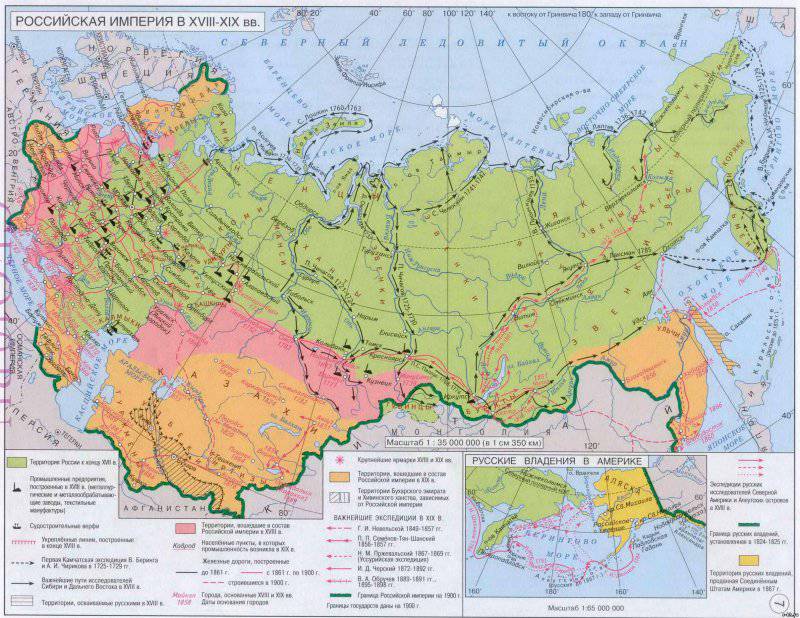 Let's try to draw a conclusion, we will draw other parallels, different from the “professors of the Zubovy”:
The front is invisible, the line of opposition, is based on the difference in beliefs.

This explains the emergence of the Greek Catholic Church in western Ukraine, and the seizure of churches.

This explains the crusades during the time of Alexander Nevsky, the Russian nobleman.

Hence the support of the Vatican, Hitler, crosses on the armor, "rat paths" after the 2-th World.

Who sat down in the Vatican, who is behind the Cross? So far this question has been raised, only Olga Chetverikova, from whom one can learn courage.

Also, the question arises, but what are the five-pointed stars doing in the cradle of Christian Moscow, in the Kremlin?

If we want to build something, not on sand, but on a solid foundation, then we need to return a hundred years ago, to the core of the Orthodox faith. There is no other platform.

An example is Israel: there are two main rabbis: Ashkenazi and Sephardic, but one faith is Judaism. At the same time, citizenship is closed to Jewish Christians.

A little more than half a century has passed, and the results are visible to the naked eye: we are discussing their weapons, at the level of the best world standards. But they do not have oil and gas.