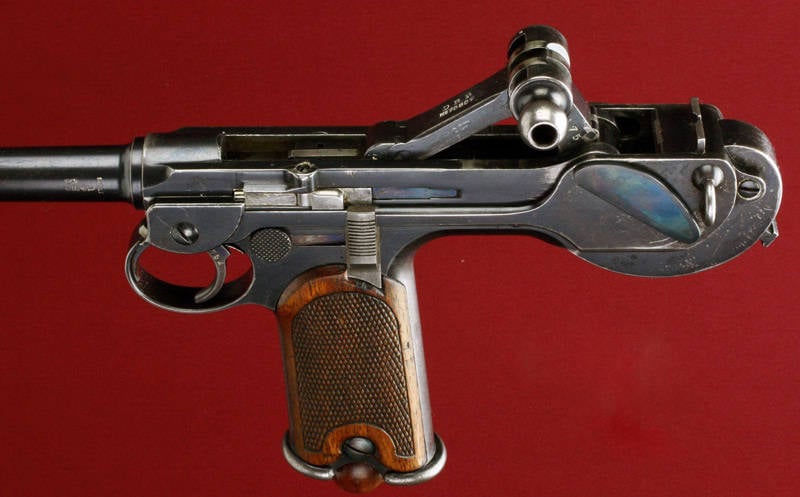 The idea of ​​using a crank shutter locking scheme is not new, before that it was used in American Henry-Winchester rifles, Volcanic pistols, and Maxim machine gun.

Working in America, and then in Austria-Hungary for armory enterprises Borchard analyzed the design of such weapons and created an automatic pistol, having received a patent for it in Germany in 1893. 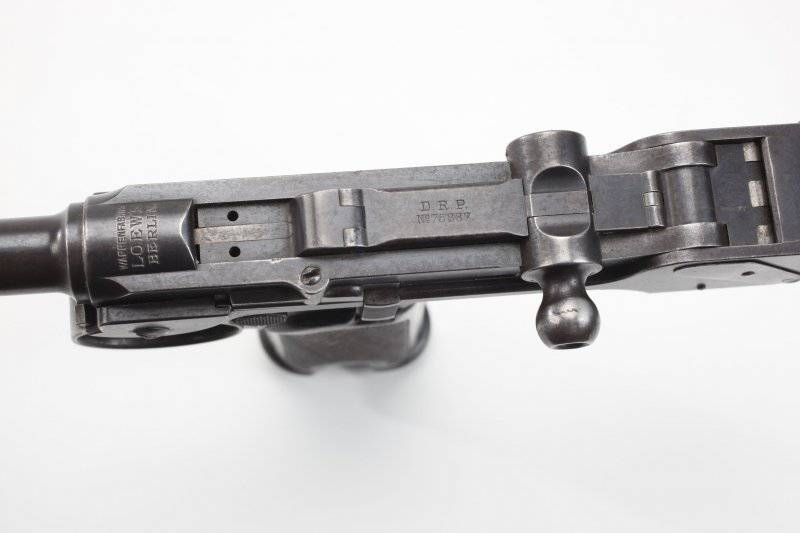 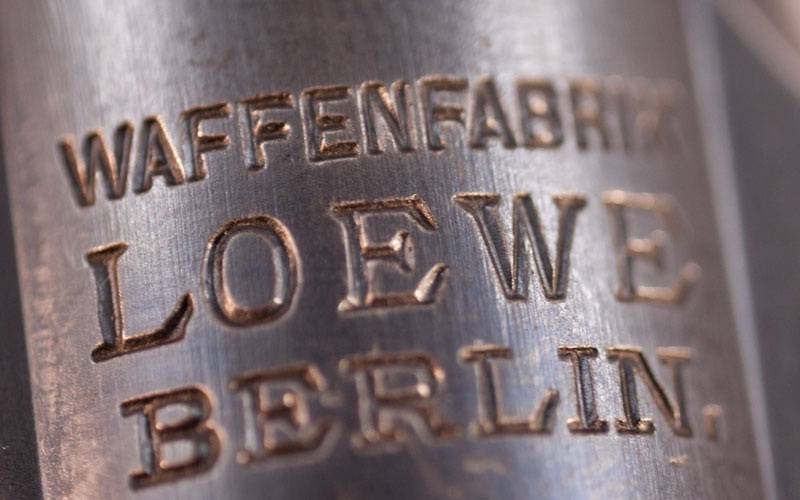 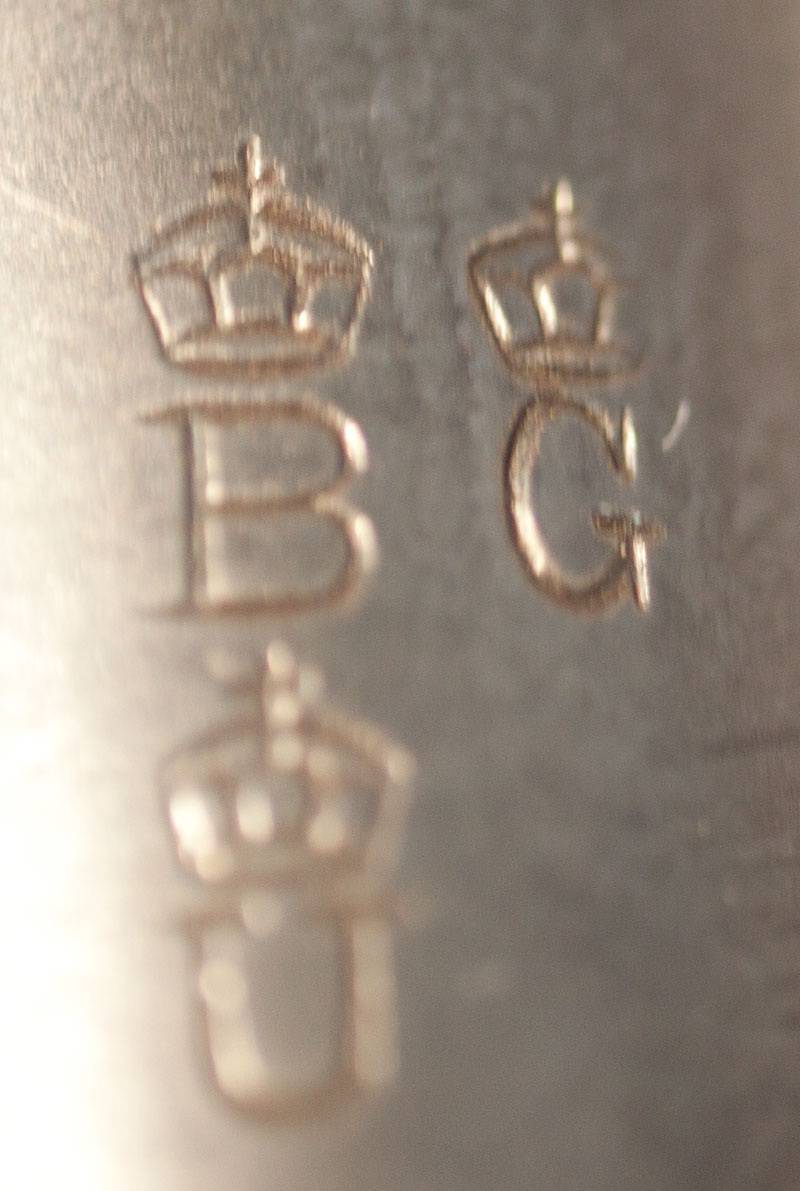 Initially, the gun was produced by the Berlin Arms Company Ludwig Leve. 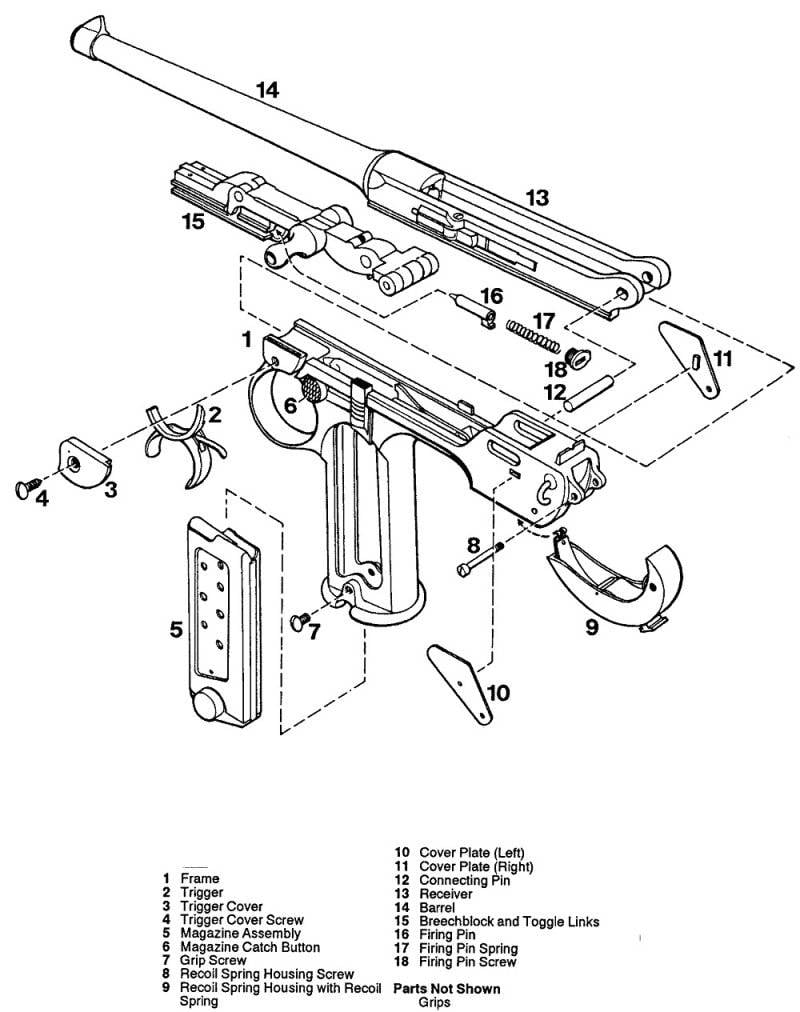 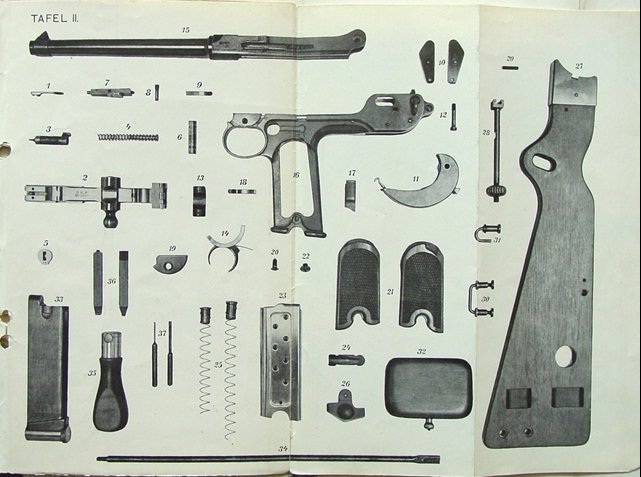 The gun constructively consists of: a frame with handle cheeks and a fuse; recoil spring with casing; trigger with cap and spring; a barrel with a receiver, a sear and a disconnector; shutter with crank mechanism and connecting axles; removable box magazine, removable stock.

The gun has no slide latch. The weapon's guard is a button moving in the groove on the right side of the pistol frame. In the upper position of the button (position on the fuse), the movement of the receiver along the guides is blocked and the sear is also blocked. Next to the fuse button is a magazine release button, which is spring-loaded with one leaf spring with a fuse button. 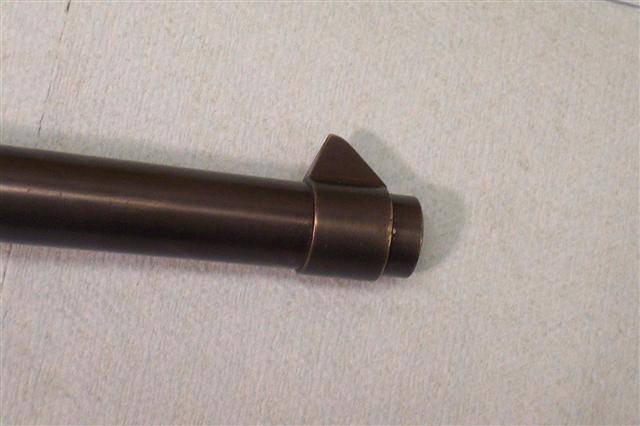 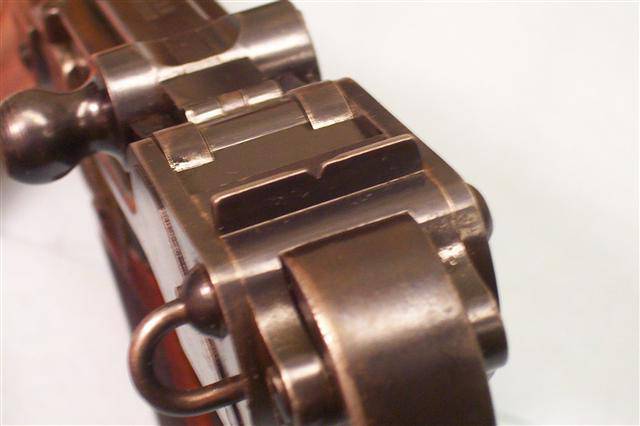 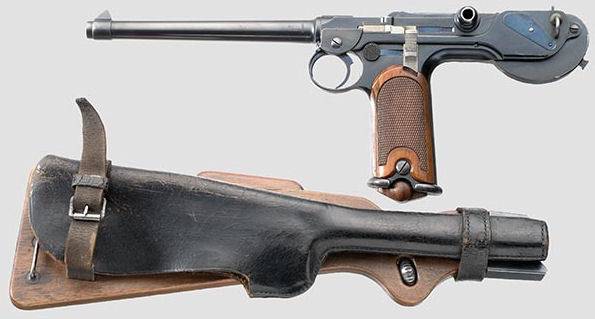 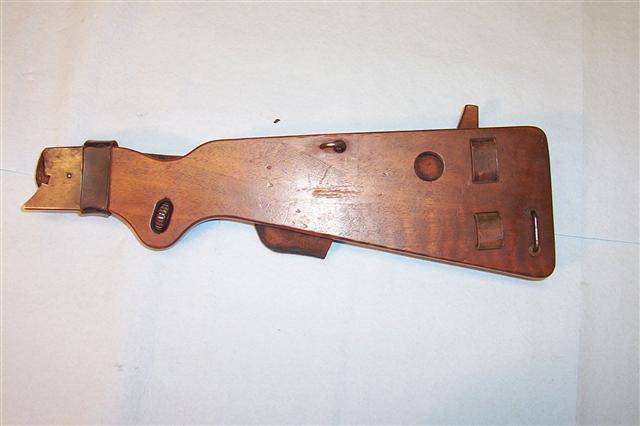 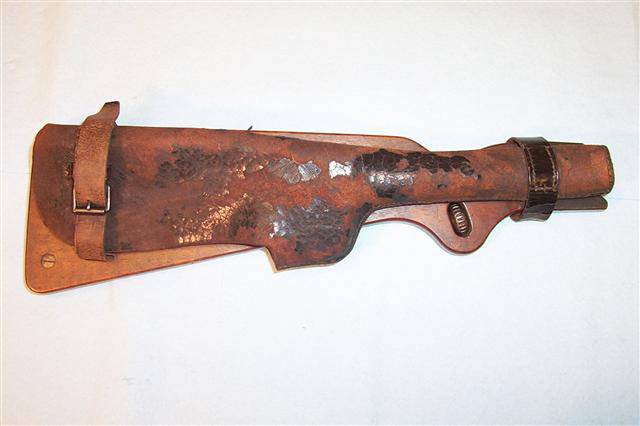 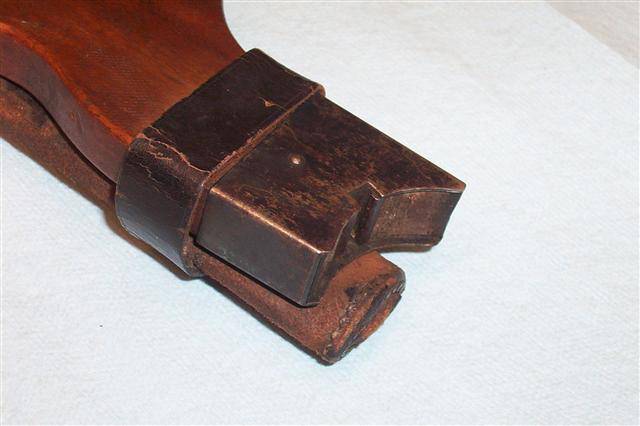 Removable wooden butt is attached to the arms with a T-shaped protrusion located on the casing of the return spring. Weapon weight with unsupported magazine and without 1270 butt gr., Weapon length without 352 mm butt, with 680 butt stock mm, barrel length 190 mm or 154 mm, gun width 47 mm, height 137 mm, magazine capacity 8. 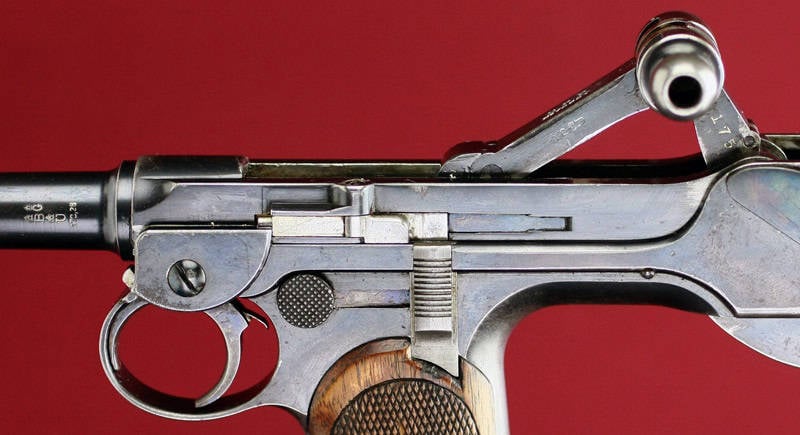 Automatic gun Borchard K-93 works, uses a short stroke of the barrel when recoil. Locking the shutter is carried out by a crank mechanism.

At the time of the shot, the powder gases affect not only the bullet, but also the bottom of the liner. Due to the energy received, the barrel, the bolt box and the bolt slide back along the guides of the gun frame. After passing a short distance, the rollers of the rear part of the shutter lever abut against the back of the pistol frame, which has a concave surface, thanks to which the rollers start a rotational movement and at the same time the shutter levers go out of the horizontal position (dead center). After exiting the dead center, the shutter continues to move due to the remaining impulse, extracts the sleeve from the chamber. When moving the bolt back, the protrusions of the bolt levers cocked the hammer, compressing the mainspring. In the rearmost position on the levers of the bolt through a special earring to begin to affect the return spring, which is a two metal strips that are laid in the back of the gun in the casing. Under the action of the return spring, the bolt rushes forward, taking another cartridge from the store and sending it to the chamber, while the drummer is fixed with a sear and becomes a combat platoon. In the extreme forward position, the bolt is locked and the pistol is ready to produce a new shot. 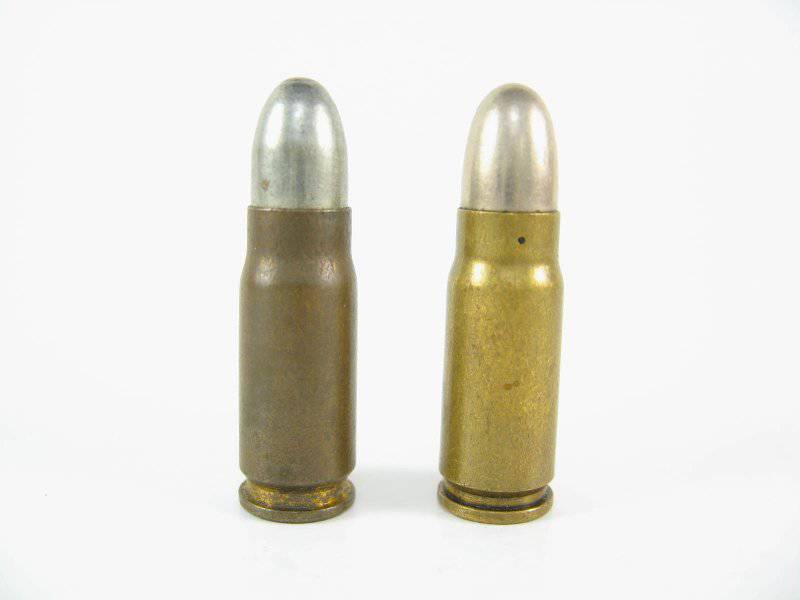 The gun was developed under the Borchard 7.65mm cartridge Borchardt, which in appearance resembled the 7.63 Mauser and 7.65 Mannlicher cartridges. The gun had an excellent rate of fire - 72 shots per minute, the 7.65mm Borchardt cartridge allowed the 5,5 gram pool to give the initial speed 420 m / s. Due to the high speed of the bullet and the sufficient length of the barrel, the pistol had very good accuracy.

The good ballistic characteristics of the weapon, the reliability of the weapon, as well as the possibility of using a butt, which made it possible to conduct aimed fire at long distances, made it possible in a number of catalogs to call the Borchard pistol “pistol-carbine” - the universal weapon of hunters and travelers.
The design of the gun Borhard certainly was original and served as the basis for copying some constructive solutions. 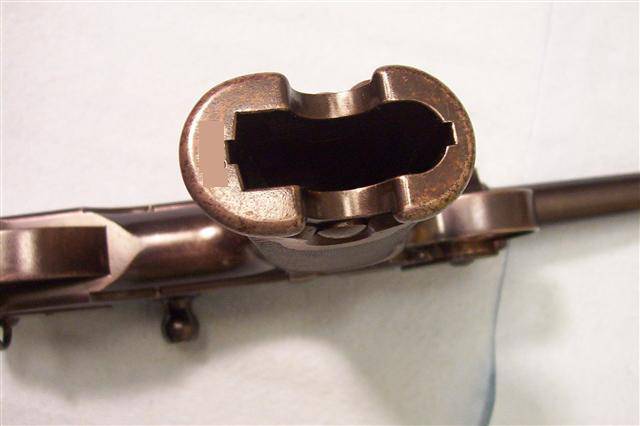 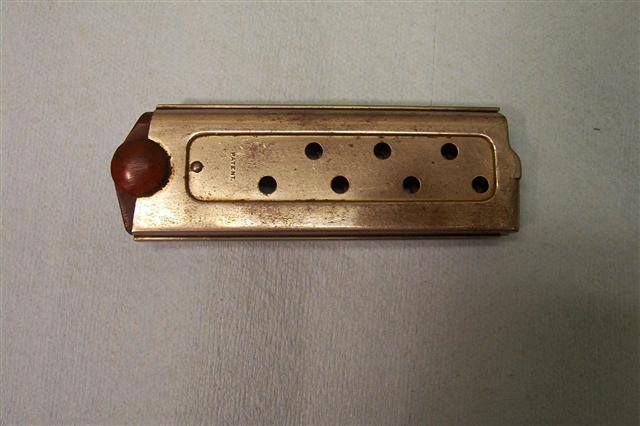 This includes a removable box magazine located in the pistol grip, a magazine latch button, a disconnect mechanism design, and an automatic pistol hinge locking mechanism. In addition, Borchard himself patron served as an example to follow when creating pistol cartridges: 7.63 Mauser, 7,65 Parabellum, 7,62 TT, 9 Luger. 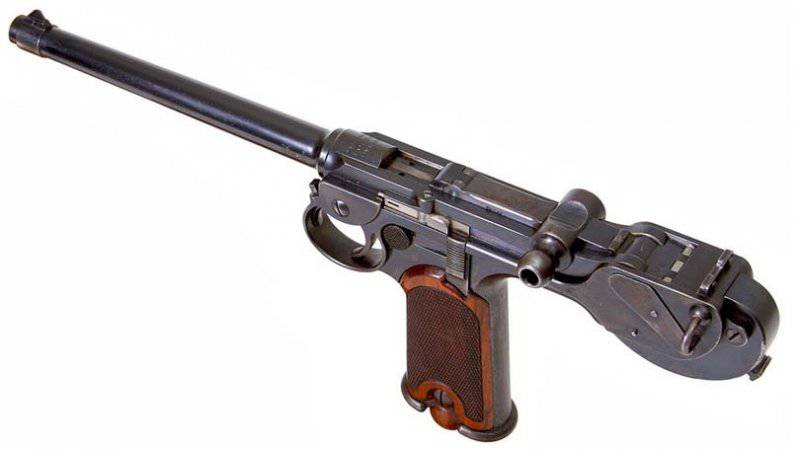 Meanwhile, the pistol had a lot of flaws, which did not allow him to adopt or produce a large series. The absence of a bolt lag and cartridge presence indicator in the chamber does not allow controlling the ammunition consumption and determining whether the gun is loaded. 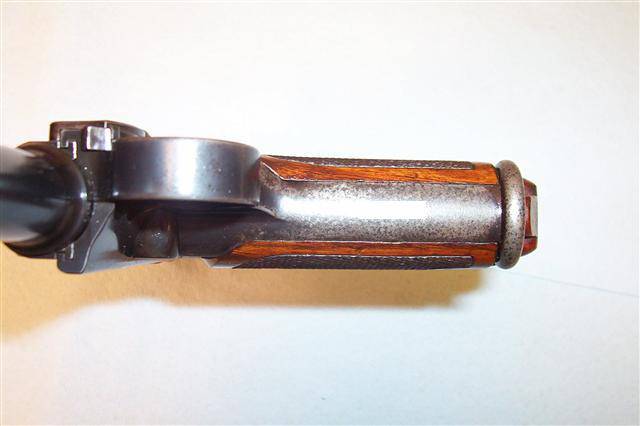 The asymmetrical location of the trigger guard and the trigger (they are shifted to the left relative to the bore, probably for better ergonomics), makes it difficult for the gunner to use the left-handed shooter or the shooter in case of injury to the right hand. Disadvantages of the lever-hinge mechanism design: the presence of three removable non-locking axes except for the receiver, fastening the entire valve assembly makes it dangerous to disassemble the gun in the field due to the possibility of axle loss. 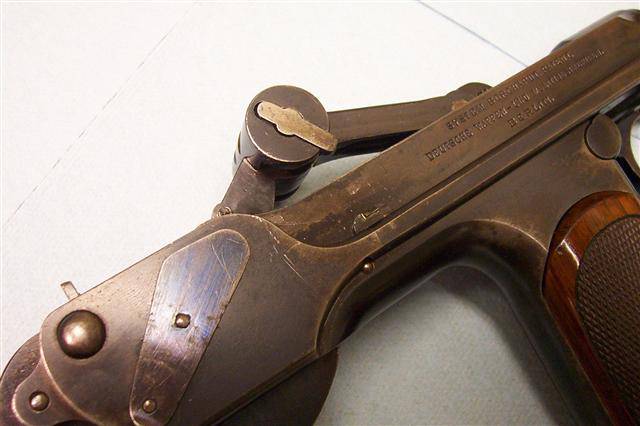 In addition, when the gun is manually cocked, the bolt does not always lock the bolt due to the fact that the levers are not always fully extended and stand in the dead center, especially when the pistol mechanism is dirty. The presence of two screws and more than seventy parts makes it difficult to disassemble the gun for cleaning and eliminate delays. In addition, the large mass and length of the gun does not fully meet the requirements for individual short-barreled small arms. 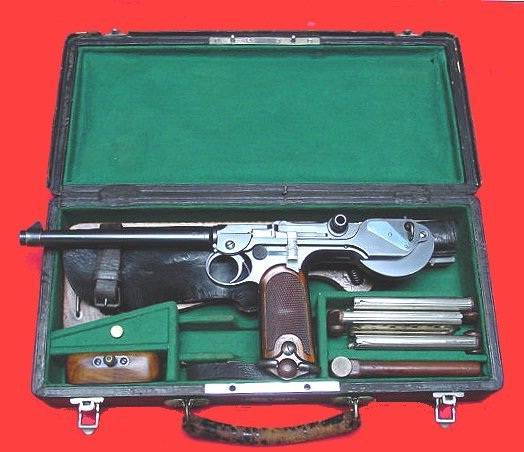 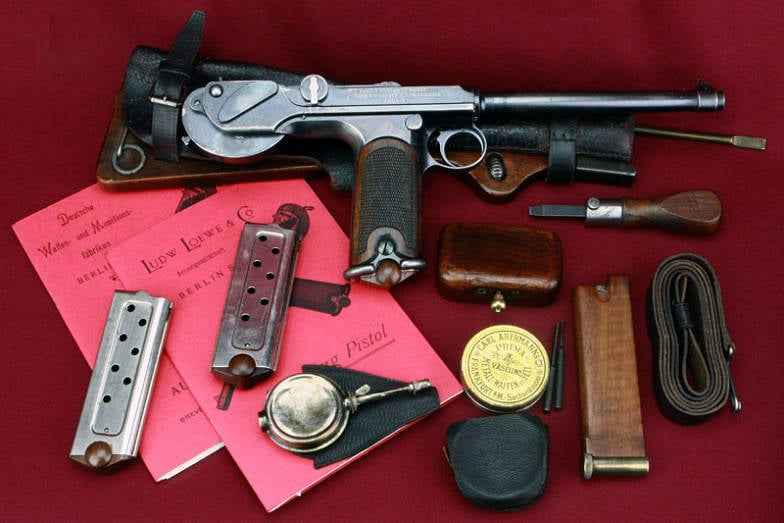 Today, this copy of weapons and ammunition to it because of its rarity is very popular among collectors.