March 8 2014
31
Black Sea Development fleet is one of the most important areas of development of Russian sea power. This is due to a number of objective factors. 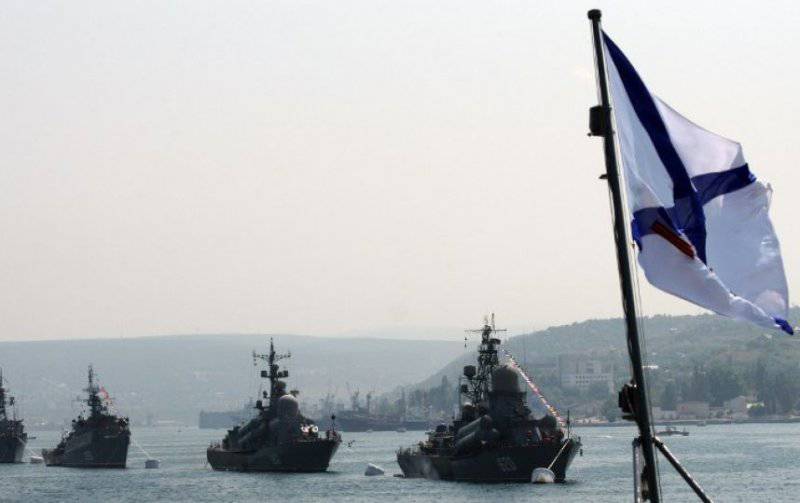 The Black Sea is a zone of vital interests of Russia. The Krasnodar Territory is located on the Black Sea coast, and the Rostov region is on the Azov Sea coast. Here is located the largest in Russia Novorossiysk sea trading port, which is also non-freezing, and a number of other ports (Azov, Anapa, Gelendzhik, Yeisk, Caucasus, Rostov-on-Don, Sochi, Taganrog, Taman, Temryuk and Tuapse). In 2013, the turnover of the seaports of the Azov-Black Sea basin amounted to 174,4 million tons (about 30% of total Russian), including the turnover of the port of Novorossiysk - 112.6 million tons (19% of all-Russian).

There are countries on the Black Sea coast, relations with which are of particular importance for Russia — above all, Ukraine and Georgia. In the interests of Russia - to prevent destabilization of the situation in Abkhazia, South Ossetia and Transnistria.
Through the Black Sea, the Bosphorus and the Dardanelles lies the shortest route from Russia to the Mediterranean Sea and through it to the Indian Ocean, which is strategically important from both an economic and a military-political point of view. The overlap of the Black Sea cuts off strategic communication, significantly complicates maritime trade and naval activities.

The need to ensure Russia's naval presence in the Mediterranean has become clear, including after the events in Syria. This was enshrined in the decision to create an operational connection, which will be permanently solving tasks in the Mediterranean, as well as in the Atlantic and Indian oceans.

As part of the compound, it is planned to have at first 5 – 6 ships and vessels, which will be provided on a rotational basis by the Northern, Baltic, Black Sea and even Pacific fleets. In any case, it is the Black Sea Fleet that will be the rear of the Mediterranean operational formation of the Russian fleet, play a key role in ensuring its activities, providing ships, ship repair facilities, basing points, training base, etc.

Unfortunately, the ship structure of the Black Sea Fleet does not correspond to the tasks assigned to it. It is based on the few aging ships of the “Soviet heritage”: after 1990, the fleet did not receive a single 1-th ship - 2-rank. Now it includes one non-nuclear submarine (B-871 Alrosa, commissioned in 1990), one missile cruiser (GRKR Moskva, 1982), three patrol ships (commissioned in 1969— 1980 years.), Seven large landing ships (entry into service 1966 — 1990 years.).

For comparison, the fleet that controls the straits and is a member of NATO Turkey significantly exceeds the Black Sea fleet of Russia in its ship composition, which creates a direct threat to the balance of forces in the region and the national security of Russia.

The basis of the Turkish fleet are 16 frigates, including four relatively new ships of the Barbaros type, eight corvettes, including two new ships of the Ada type, and fourteen non-nuclear submarines (half of them were commissioned after 1994). In perspective, the Turkish fleet should be replenished with 6 with new corvettes, 4 frigates, 6 submarines and one or several universal landing ships. 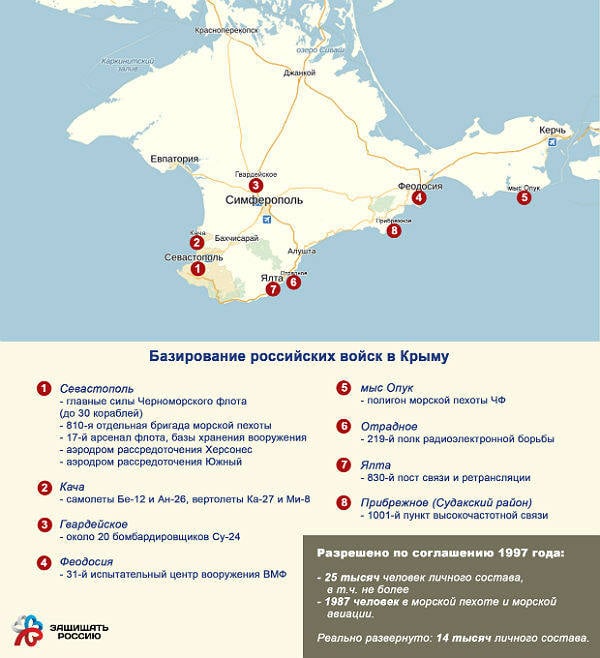 In the near future, this situation needs to be reversed. Now for the Black Sea Fleet is the construction of six new submarines Ave 636.3 and six frigates Ave 11356. It is also planned to replenish the fleet with seven combat boats of various purposes, Su-24 M aircraft.

This is not enough to ensure the effective operation of the permanent operational formation in the Mediterranean, but also to ensure the balance of power in the Black Sea. But, given the need to upgrade other fleets, six frigates and six submarines in the near future are a necessary minimum for the Black Sea Fleet. After that, when the opportunity arises, further strengthening of the fleet with new ships of the 1 and 2 ranks, submarines, auxiliary ships, and other forces and means is necessary.

But for the functioning of the fleet of new ships is not enough. Developed coastal infrastructure is required. Now, within the framework of the relevant federal target program, the Novorossiysk naval base is being actively developed, which should ensure the all-weather basing of ships and submarines, including new ones. In addition, it plans to create ship repair facilities and training base of the fleet.

Nevertheless, Sevastopol remains for the foreseeable future the main basing point for the Black Sea Fleet.
The Novorossiysk naval base, even after the successful implementation of all measures for its development, can only supplement, but not replace, the base in Sevastopol. Sevastopol bay is much more convenient for the basing of ships in comparison with the Novorossiysk bay, famous for its regular and destructive boron.

Thus, the powerful Black Sea fleet of Russia is necessary. In the list of priorities, it is second only to the Northern and Pacific Fleet and more significant than the Baltic Fleet and the Caspian Flotilla.

The fleet needs a sufficient number of modern ships, as well as the preservation and modernization of the main points of deployment, including Sevastopol. The development of the Black Sea Fleet should be one of the key areas of Russian military policy.